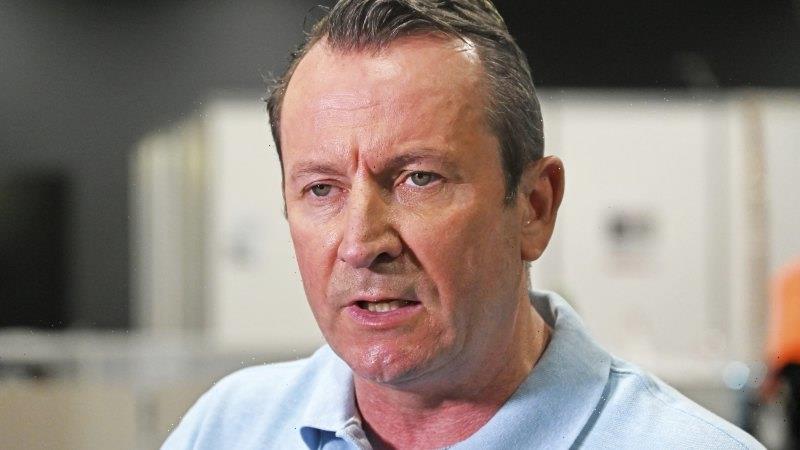 His call came as South Australian Premier Steven Marshall declared on Wednesday that his state would no longer provide such tests for travel as cases of the Omicron variant in his jurisdiction continued to grow. 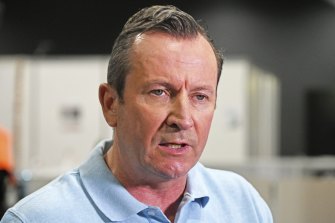 The rule change could prevent a small number of people from SA entering WA, which considers the neighbouring jurisdiction a ‘high risk’ with few travel exemptions approved.

Recent rules imposed by WA, Tasmania, Queensland, SA and the Northern Territory had required travellers to their regions to provide 72 hours before arrival a negative PCR test result.

Queensland has decided to scrap the PCR requirement and will use an honour system where travellers take over the counter rapid antigen tests from January 1 instead, while Tasmania is considering a similar initiative.

“If we have everyone [with Omicron] hitting the health system at exactly the same time it will overwhelm our health system in Australia.”

Mr McGowan said in the short term he would like to see the other states continue to provide the more reliable PCR tests for travellers.

“We would like to continue with PCR testing up until at least February 5, we have very few people coming from interstate so it’s not really a burden on other states to do that,” he said.

“I think the bigger issue is people holidaying around the eastern states going up and down the eastern seaboard, which is putting some pressure on their systems but certainly Western Australia it’s not really adding to that because the numbers are so tiny.”

Mr McGowan said he would listen to the conversation at Thursday’s national cabinet meeting about whether or not the nation should move towards rapid antigen testing over PCR testing for travel.

But he would wait and see what the experiences were in other states in the lead-up to WA opening its interstate borders on February 5, he said.

“I know I get a lot of criticism for waiting, the upside of waiting longer is we can watch what’s occurred in other states and hopefully learn from what they’ve done and put in place rules that will hold and work,” Mr McGowan said.

RATs are mostly banned in WA but the state has ordered 8 million tests to arrive before February 5, ahead of a probable rule change.

Mr Marshall said there should be nationally consistent test, trace, isolate and quarantine protocols across the country.

“There is still some disparity which is causing confusion, and as we move through various stages of this new Omicron variant, we do need to move towards standardisation as much as possible,” he said.