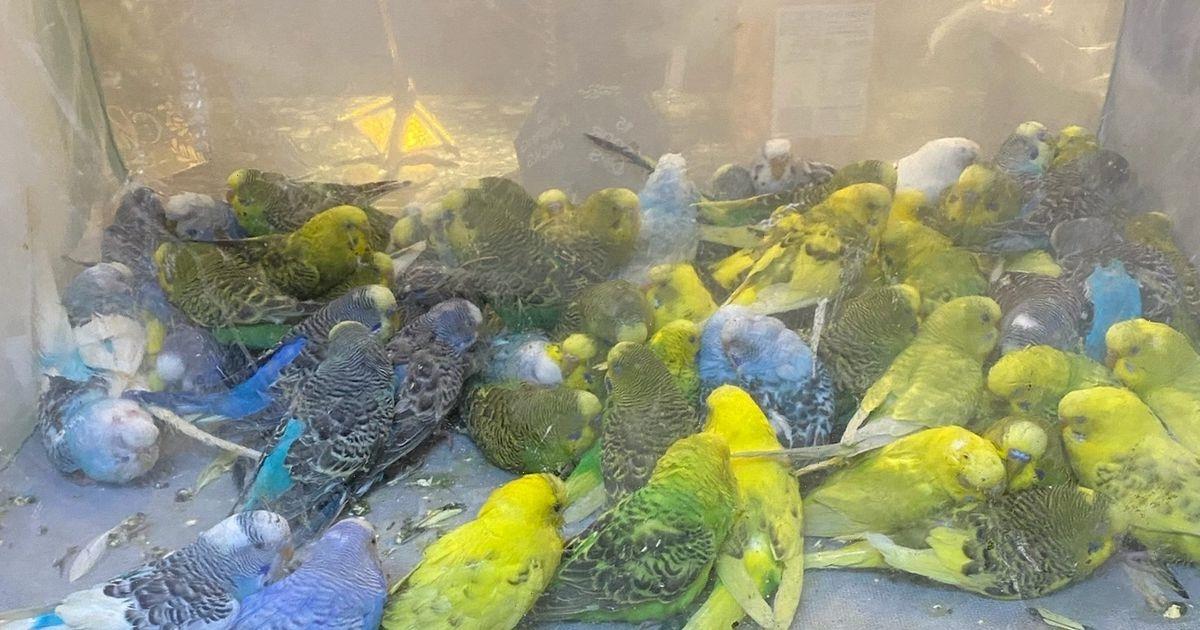 Don’t miss a thing by getting the Daily Star’s biggest headlines straight to your inbox!

An animal hoarder's son inundated a local shelter with hundreds of stressed-out birds — and told them he would be back to drop off some more soon.

The staggering donation of parakeets to the centre at Bruce Township in Michigan, United States came only a few days before Christmas.

Many of the birds arrived in a distressed state, and had been living 'on top' of each other in crowded cages.

Kelley LeBonty, director of the Detroit Animal Welfare Group, told local media in an interview on Saturday that he had received a call from prior to the son's arrival saying he would be bringing 60 to 80 of his father's parakeets to the shelter.

But when the unnamed man turned up he had in fact brought 497 parakeets with him, and an emergency team had to be assembled to care for them.

Ms LeBonty said: "He had them all in seven cages"

“A very tight fit. They were kind of on top of each other and smothering each other. … They were very very stressed. They were barely moving. We had to get them out and into different cages."

He added that the man's father had kept the birds in a cage in one room of his home, and was spending around $1,200 (£892) per month on them after their breeding had "got out of control".

On Boxing Day another several hundred of the chirping parakeets arrived, which the New York Post reports doubled the total number at the shelter to 836.

Some of the parakeets arrived in a healthy state, while others came in with foot and eye problems.

Ms Lebonty said that they would not be contacting police over the animal hoarding incident, and said: "They reached out to us for help, and that’s a step in the right direction. Now these birds can be in a proper home and get the care they need."