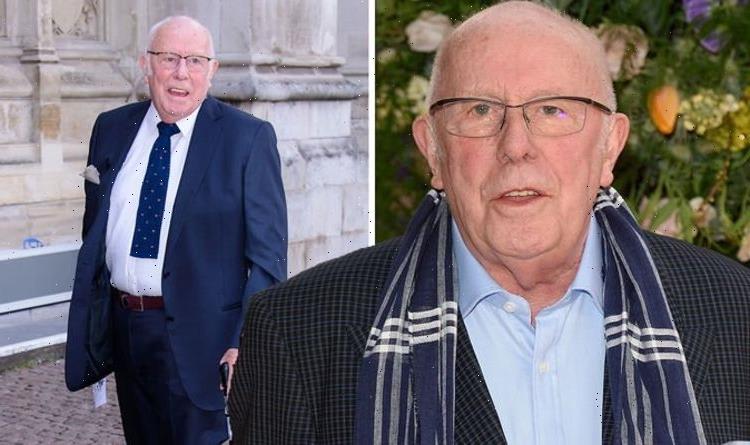 Around the World in 80 Days Trailer

One Foot in the Grave legend Richard Wilson has admitted the past few years have come with trials and tribulations. The actor, 85, shared in a new interview how he struggled with what it might mean for his social life.

Speaking about coping during the pandemic, the Victor Meldrew star shared how he felt it would be “too much” for him.

However, chatting to Saga Magazine, Richard shared how work was instrumental in helping through the tough time.

He said: “When it all started, I thought, ‘I’m not going to survive this. This is too much!’

“And then I got quite used to it and even started to enjoy it sometimes.

“I kept busy with a radio drama and I had a part in a film which is yet to be released.

“It’s called Sweetly It Turns and we shot it near Wolverhampton.

“I play an old man who dies halfway through – a very restful part!”

Richard also revealed he’s appearing in a few episodes of the new BBC drama Around The World in 80 Days with David Tennant.

The BBC series follows the story of Phileas Fogg on his epic journey.

It began on Boxing Day and sees Richard starring as Grayson in the series.

The character is Phileas’ elderly manservant who stays his point of contact in London as he heads on his adventure.

Richard also recently opened up about his desire to keep working.

During a chat with The Times earlier in December, he revealed he keeps being asked by taxi drivers if he’s stopped working.

He said: “Taxi drivers are always saying, ‘So you’ve given up, have you?.

The actor explained this happens more and more after his near-fatal health battle in 2016.

Richard suffered from a heart attack and fell from a restaurant terrace.

This led to memory loss after he hit his head during the fall.

The actor has since made a full recovery, and has opened up about feeling lucky to be alive.

You can read Richard Wilson’s full interview in this month’s Saga magazine.