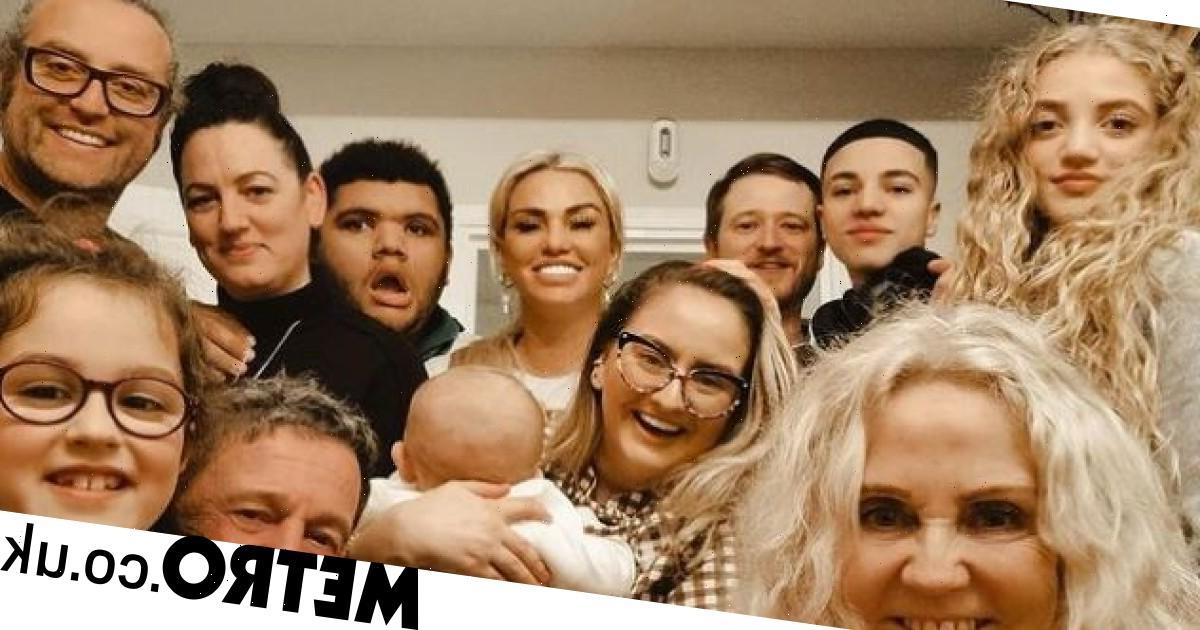 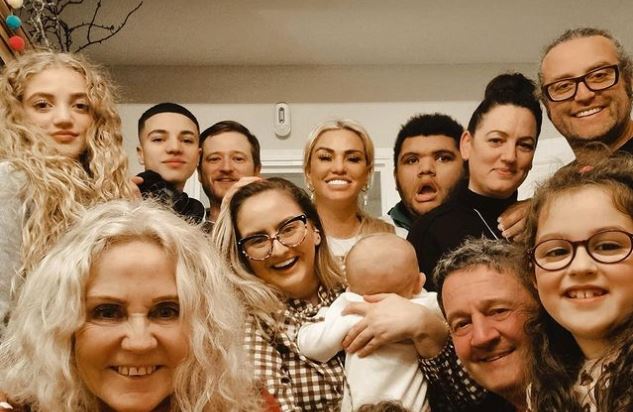 Katie Price appeared to be surrounded by her loved ones as she celebrated Christmas, just days after she avoided a jail sentence.

The My Crazy Life star joined her celebrity peers in sharing how she was spending Christmas Day this year.

In an Instagram photo, Katie, 43, is seen smiling widely while flanked by a large group of family members.

She was notably joined by sons Harvey, 19, and Junior, 16, daughter Princess, 14, and mother Amy Price, who is terminally ill. Katie’s sister Sophie was also present in the snap and seen holding her baby boy.

‘This is what Christmas is all about. Being with family💖🎄,’ Katie captioned the image.

Missing from the photo was Katie’s fiance Carl Woods, who has supported her throughout her recent legal troubles.

It appears Katie had to share Princess and Junior on Christmas Day as her ex-husband Peter Andre, the teens’ father, also uploaded wholesome family photos of him enjoying the festivities with them.

The Mysterious Girl singer shared several photos of them all wearing Christmas outfits and opening presents, alongside his wife Emily Andre and their two children Amelia and Theodore.

It comes after Katie narrowly avoided spending Christmas in jail after a judge opted to hand down a suspended sentence following her drink-driving related car crash.

The former glamour model was told she ‘deserves to spend Christmas behind bars’ asJudge Amanda Kelly passed down a 16-week sentence suspended for 12 months, as well as a two-year driving ban.

Katie managed to swerve jail as she had complied with the requirements of the court including attending rehab and not committing further offences. The TV star later issued a grovelling apology for driving under the influence, saying she is ‘sincerely grateful nobody was hurt’ by her actions and promising she would spend time to work on her mental health.

The court heard a drugs wipe gave a positive reading for cocaine and a roadside breath test taken by Katie following the accident was positive for alcohol.