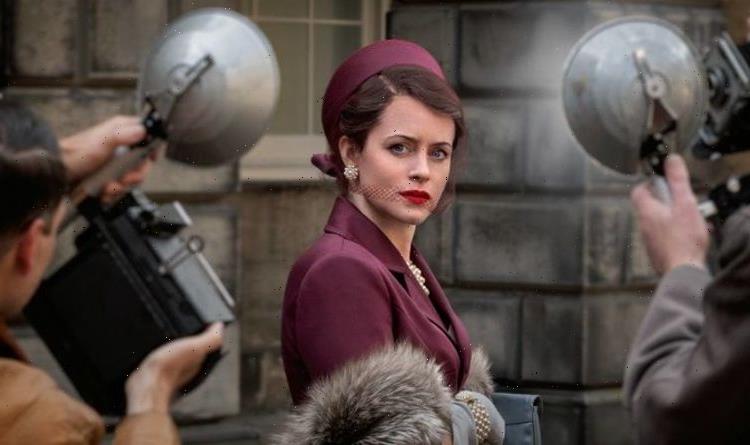 A Very British Scandal holds the marriage and scandalous divorce of the Duke and Duchess of Argyll under the microscope. The 1960s couple had a fiery relationship and arguably one of the most lethal legal cases during the 20th Century as their split was highly publicised. Now, their story is being brought to life by the BBC One for this new dramatisation.

How many episodes are in A Very British Scandal on BBC?

A Very British Scandal will debut at 9pm on Boxing Day on BBC One.

The mini-series will be made up of three episodes in total with a new instalment airing over consecutive nights.

So the final episode is going to be shown on Tuesday, December 28, on BBC One.

If you’re eager to watch the show in its entirety straight away, then there is an alternative.

Once the first episode is released on Boxing Day, the full season is going to be made available to watch on the streaming service BBC iPlayer.

This means there will be no need to wait each night for the next episode, giving fans the option of binge-watching the series instead.

The drama is similar to that of 2018’s A Very English Scandal, starring Hugh Grant.

The series, written by screenwriter Russell T Davies, was a dramatisation of the 1976–1979 Jeremy Thorpe scandal.

This time around, it is writer Sarah Phelps in the driving seat, having previously worked on The Pale Horse and Dublin Murders.

In a statement, Phelps said: “Writing the story of Margaret’s life and the events leading up to and including her divorce from the Duke has been a passion project of mine since 1993 when I first heard her name and started learning about her.

“I felt very strongly that she’d been punished for being a woman, for being visible, for refusing to back down, be a good girl and go quietly. This drama is my tribute to her.”

If the dramatic true story isn’t enough to entice you, then the star-studded lead cast will be.

Actress Claire Foy is taking on the role of Margaret, Duchess of Argyll.

This isn’t the first time Foy has stepped into a royal role as she portrayed Queen Elizabeth in the first two seasons of The Crown on Netflix.

She has also starred in The Girl in the Spider’s Web and Wolf Hall.

Portraying her onscreen husband is actor Paul Bettany as Ian, the Duke of Argyll.

Marvel fans will best know him from Disney+ series WandaVision.

Bettany said: “I’m delighted to be working with the remarkable Claire Foy to tell the fascinating and scandalous story of the Duke and Duchess of Argyll and their very complicated lives.

“I’m also extremely happy to get the chance to once again be working with the wonderful teams at the BBC and Amazon Studios.”

A Very British Scandal starts on Boxing Day at 9pm on BBC One.