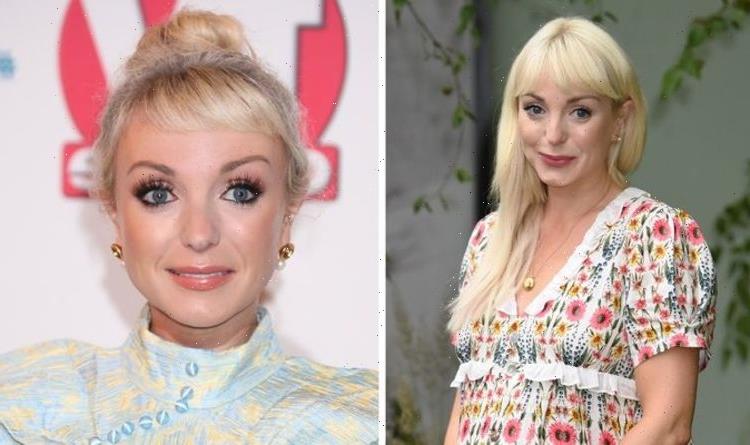 While Helen George is over the moon with the latest addition to her growing family, in a new interview with OK! magazine, the actress did not hold back as she explained how sleeping had become intolerable at one point. “I was very uncomfortable, but I can’t complain as it was a good pregnancy really,” she said.

I was very uncomfortable, but I can’t complain as it was a good pregnancy really

“But the ICP [Intrahepatic cholestasis of pregnancy] I had with Wren reared its head again.”

According to the NHS, is a potentially serious liver disorder that can develop in pregnancy. Normally, bile acids flow from your liver to your gut to help you digest food. In ICP, the bile acids do not flow properly and builds up in your body instead.

The Call The Midwife star further revealed having experienced a “chronic itchiness” throughout her second pregnancy.

And things eventually got so bad that even the slightest exercise started to feel like running a marathon, Helen shared.

“I got this chronic itchiness all over my body. I looked like corned beef I was so bruised.

“Just walking down the street was like doing a marathon.”

News of Helen’s rather challenging second pregnancy comes just days after she revealed having upset her boyfriend Jack Ashton with her decision to carry on working with a growing baby bump.

Production for the upcoming series of Call The Midwife only wrapped in September, and the Birmingham local opted to work up until all of her scenes had been filmed.

When asked whether she found some quality time to relax at all, Helen joked: “Not really. Jack gets furious with me because I can’t keep still.

“He will literally just order me to lie down. I’m not very good at it.”

The mother of two continued telling the publication that while it isn’t necessarily easy to work on set with a bun in the oven, there were ways in which the camera crew were able to film her scenes from angles that hid her bump.

Needless to say, Helen stressed there had been too much “prejudice” in the television and film industry, explaining that pregnant women shouldn’t be made to stay at home if they are capable and willing of showing up to work.

“I was quite adamant to carry on working through my pregnancy, which was absolutely fine,” she explained.

“I think sometimes there is a prejudice that pregnant women shouldn’t work, especially in our industry.

“It was important to me to carry on.”

“I think women have it hard in every profession, especially acting.”

Helen, who plays Trixie Franklin in the hit BBC One show, has portrayed the character for almost 10 years, but she inserts that working on set with her cast and crew has been a “thrilling” and “exciting” experience.

Elsewhere, the Call The Midwife Christmas special has become a highlight of the festive TV schedule for fans over the years.

And it’s returning again tonight at 8pm on BBC One.