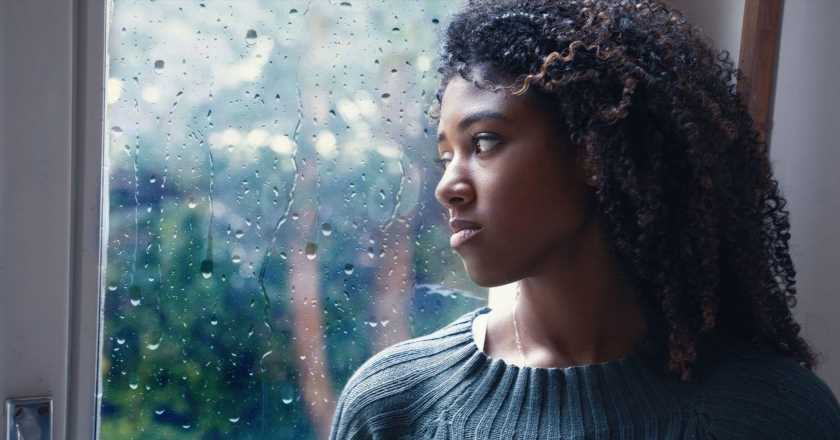 Betrayal in any form can be a hard thing to overcome – but when it comes from one of your closest friends, it can truly hurt the most.

Betrayal, in whatever form it comes, can be devastating.

Whether it’s from a colleague or a romantic partner, that feeling of shock and disappointment can leave you feeling utterly drained and depleted from the trust that has been broken – and this can be even worse when that betrayal comes from a friend.

We lean on our friends for support in the good times and bad, and often share our deepest darkest secrets with them. But when that trust is broken, it’s a betrayal that can truly hurt the most – after all, we can’t choose our family and we can’t choose our colleagues, but our friends are the ones we choose to bind ourselves to and that can also leave us feeling guilty and insecure when that friendship falls to pieces.

“I recently had a big falling out with my friend of 15 years and the strangest feeling I felt was guilt,” says *Deborah.

Deborah and *Alexandra met at secondary school and immediately hit it off. As a duo, they’ve been there through pivotal moments in each other’s lives from birthday milestones and graduations to funerals.

“When my dad died three years ago, I was so devastated,” recalls Deborah. “Spending time with family and thinking about my dad was hard but being by myself was even harder. Having Alexandra around meant I was with someone who brought comfort but also a distraction too.

“She was great and I had a newfound appreciation for our friendship as it meant we could laugh, share experiences but also be there for each other in our darkest moments.”

This time of tragedy bound Deborah and Alexandra together – but as Deborah got into her first relationship a few months later, this soon began to change.

“I think Alexandra was so used to having me to herself, that when I did get into a relationship with my partner *Brent, she struggled with not having access to me all the time,” says Deborah.

As Deborah and Brent’s relationship grew closer over the years, Alexandra’s behaviour towards Deborah changed drastically.

“She would speak negatively of him to the rest of our friends, be rude to him in person and just act really weirdly around him.”

Despite these awkward interactions, Deborah was determined to make the friendship work due to the love and loyalty she felt towards Alexandra – until she was made aware of something that completely floored her.

“Brent and I got engaged earlier this year and everyone was so excited for us and to see me happy. But a few days after our engagement, he showed me a series of messages she sent to him that basically said that he shouldn’t be marrying me, that I’m a complete mess and detailed deeper things about me that I shared with only her when we were younger – some of which had a lot to do with my family, mental health and just personal things that no one else needed to know.”

The moment she saw this text, Deborah said she was “truly heartbroken”.

“I’d been on such a high from the engagement, but seeing that text from my closest friend truly hurt me,” she says.

“It’s just so layered. While I know she wasn’t keen on Brent, she was telling him that he shouldn’t marry me because I’m a mess and shared all these things – some he knew and some he didn’t. It was a complete violation of our trust.”

“When it all happened. I called her in a fit of anger and told her I saw the text,” says Deborah. “She didn’t really have anything to say and said that everything she said was the truth. It’s just scary to think you can have someone like that who’s close to you and feels those things but doesn’t say anything.

“Safe to say, I cut ties with her completely and we don’t speak anymore.”

Deborah says the betrayal she experienced continues to affect her as she struggles to open up with the things she is experiencing now.

“I have my friends and family, but Alexandra was truly the person I’d tell everything to. Now I’m not sure I feel comfortable fully opening up in that way knowing someone can throw that information back in my face and weaponise it for their own gain.”

“I’ve experienced betrayal in life but nothing as prominent as what I experienced in school,” says Linnea, a PR executive from Virginia, USA.

“My first experience of a friendship breakup was probably when I was in middle school. I learned that one of my closest friends was talking about me behind my back. I had a feeling for about a month or two, maybe more, that they were being suspicious and not acting like they normally would around me.”

Linnea says that in her group of friends, she was the only one who couldn’t speak Spanish and often found herself being ostracised from conversations and unable to participate.

“They knew that I only spoke English and did not know Spanish at the time and it just felt weird that they were always speaking in a different language around me and by their body language, I could tell that they were saying things that they didn’t necessarily want me to know.”

This built up an insecurity within Linnea as her standing within the friendship group seemed uncertain.

“When I learned that they were talking about me behind my back from another friend it didn’t really surprise me, but it did hurt me because I always like to give people the benefit of the doubt.”

When Linnea found out about this, she still remained friends with this group for a few years before drifting apart.

“I think it took a while for me to end the friendship because I didn’t really have many friends, and I guess I was a bit afraid of just not having any.”

While this betrayal took place while Linnea was in school, it’s something that affects her to this day.

“I was able to recover, but there are still lingering insecurities that I have to this day because of the things that I went through.”

While Linnea says she is more guarded than she used to be, she now has a healthier circle around her that has allowed her to open up more.

“I’ve had many experiences with friendships and connections going south that I suppose, in a way, I’m more numb to it. But it also helps that I do have more genuine friends now and a healthy circle of people that are less toxic, and I think sometimes it just takes time to come to terms with things.

“Even though I never really found closure, I was still able to move on at some point, and that’s important.”