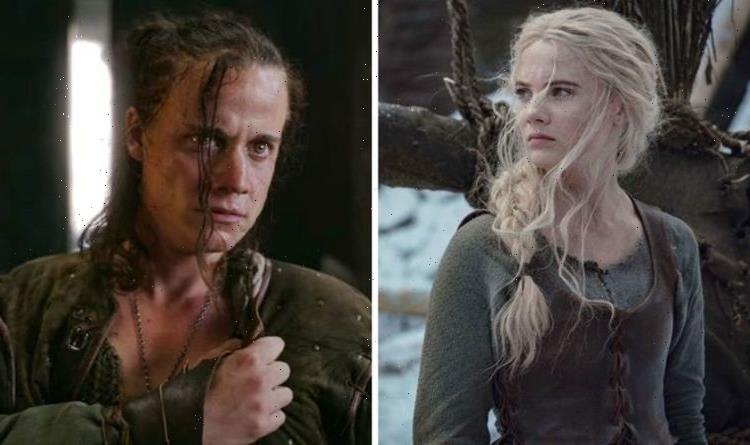 Henry Cavill discusses the character of Geralt in The Witcher

Readers and gamers were somewhat disappointed by the latest season of The Witcher, as fan favourite character Eskel (played by Basil Eidenbenz) was unceremoniously killed off. Netflix viewers have now proposed a convincing theory which could bring Geralt of Rivia’s (Henry Cavill) friend back from the dead for season three.

Based on Andrzej Sapkowski’s series of short stories and novels, Netflix’s adaptation of The Witcher has taken considerable artistic licence when bringing it to the screen.

Many viewers were in uproar when Geralt’s friend in the books and subsequent video game trilogy, Eskel, was killed off in episode two.

After a skirmish with a tree spirit known as a leshy, the fellow witcher becomes possessed and attacks his friends in Kaer Morhen.

Geralt is forced to take up arms against one of his own, and manages to kill Eskel before he can do any more damage.

Disappointed fans rushed to the message boards to complain about the controversial decision.

Redditor Kilimanjaro90 even proposed a clever way the writers could resurrect Eskel for season three, without reversing the events of the latest episodes.

“I am only halfway into season two but killing off Eskel really disappointed me,” they wrote.

Thankfully, Geralt and his companions live in a world of monsters and magic, so bringing Eskel back from the dead may not be as hard as it sounds.

As well as being infested with a leshy, this fan thinks Eskel could have had a nasty run-in with another supernatural creature.

The post continued: “[The] Eskel that died is a doppler.”

In the world of The Continent, a doppler is a creature that can shapeshift into the form of anyone it encounters.

They explained: “The first time he came back he said he had fought for six hours and Vesemir asked ‘why didn’t you just put a flame through its heart?’”

Geralt’s mentor Vesemir (Kim Bodnia) is naturally suspicious of Eskel’s long battle with the leshy, but the topic is quickly dropped.

However, this fan believes Eskel should have been interrogated further to reveal his true motives.

They added: “It sounds like common witcher knowledge but he doesn’t know because he is not a witcher.”

Additionally, Eskel fares especially poorly during his fight with Geralt, considering he is supposed to have received the same training.

“When he tried to punch Geralt he missed terribly,” they recalled.

“We know Geralt is Geralt and Eskel had had a few drinks but he is another witcher and should at least stick a hit.”

Finally, they proposed: “Hopefully it turns out a doppler was involved and the real Eskel casually walks in a dramatic scene or after a big fight.”

Geralt will certainly need all the help he can get when his quest continues in season three, so it would be a very welcome surprise if the real Eskel was alive and well somewhere.

The Witcher season two is available to stream on Netflix.