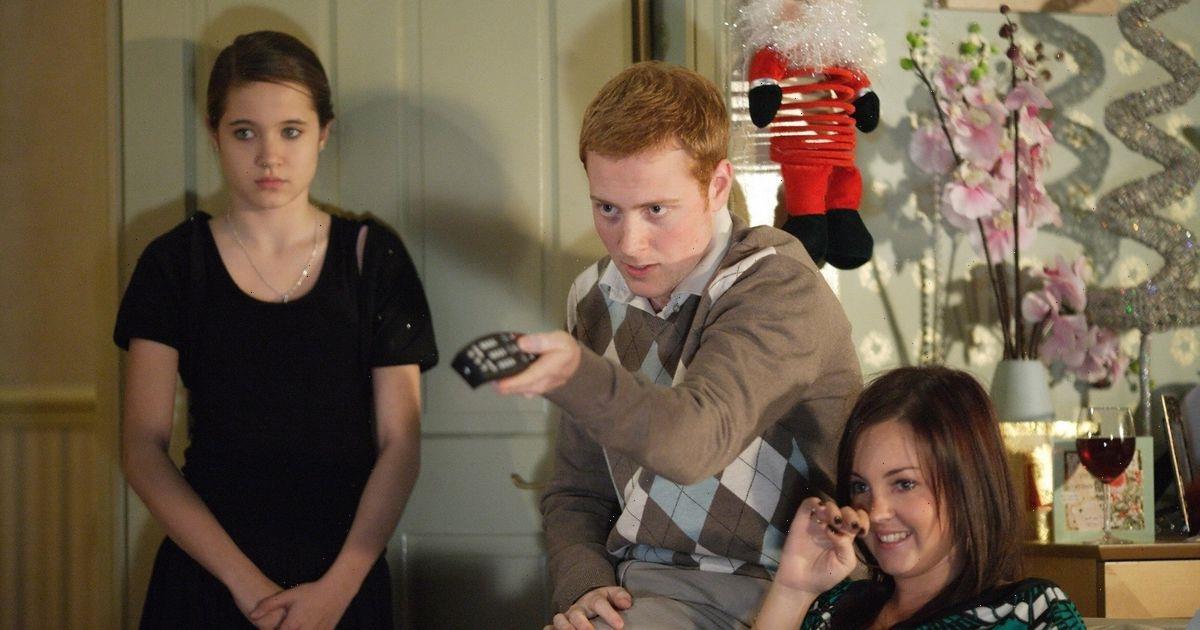 Remember when the Brannings' Christmas viewing in EastEnders was jaw-dropping? And when Coronation Street's Curly (Kevin Kennedy) had a New Year's Eve to end them all? Or how about when it was last orders for Tricia (Sheree Murphy) at Emmerdale's Woolpack?

This year there’ll be some very big drama in the Dales at Christmas and beyond courtesy of serial killer Meena, but it's far from the first time that soap land has had us on the edge of our seats and gasping at the small screen over the festive season.

Here, we take a look back at some of the greatest Christmas soap shockers of all time…

When it comes to Christmas storylines, EastEnders went big early on, thanks to the shocking storyline from the show’s second Christmas, in 1986.

But more recently, EastEnders fans found themselves hiding behind their cushions, when the Brannings and Slaters got together for the big day in 2007.

The gathering included newlyweds Bradley and Stacey (Lacey Turner), who’d had cold feet on their big day and had to be talked into marrying straight-laced Bradley, as she had more in common with his reckless dad, her secret lover Max.

Again, a rather novel festive present took centre stage, as half-sister Lauren’s present to Bradley turned out to be a DVD of his wedding day. Only the footage included Stacey sharing a kiss with Max – hours after her wedding.

Not surprisingly both Max and wife Tanya and Bradley and Stacey split following the Christmas Day from hell. But their complicated relationships were far from over. This was truly the gift that kept on giving…in terms of storyline potential for the writers!

As soap couples go, Weatherfield’s Curly and Raquel (Sarah Lancashire) never looked destined to go the distance, but fans loved them, and 22m tuned into watch the unlikely lovebirds wed, after she got together with Curly on the rebound from love rat Des Barnes.

As expected, ambitious Raquel tired of life with her supermarket boss husband, and she left him – and viewers – in bits when she quit Weatherfield in 1996, for a new life as a beauty therapist in Kuala Lumpar (surely a first for departure storylines).

But there was a festive treat for Corrie fans when on New Year’s Eve 1999, (though the ep aired on 2 Jan 2000) Raquel arrived unexpectedly on Curly’s doorstep, to drop the bombshell that they have a daughter and why she now wanted a divorce.

Having lured Sarah Lancashire back for the reunion with Kevin Kennedy as Curly, show bosses rewarded them with Corrie’s first-ever two-hander episode, over 45 minutes instead of the usual 30.

It was a gift for devotees – but Raquel’s return was fleeting.

It looked like he’d finally found happiness in Tricia Stokes, the granddaughter of village stalwart Alan Turner, but after marrying at the second attempt on Valentines Day 2003, newlywed bliss was short-lived.

They left the village soon after when Tricia landed a part in a Bollywood film (like you do….in reality a storyline to allow Sheree Murphy to take maternity leave.)

Marlon had problems with paperwork to get into India and found himself back in Emmerdale where he had an ill-advised one night stand with cousin Charity before Tricia returned months later.

Learning of his dalliance Tricia planned to leave Marlon at New Year, only for Diane to hand over Marlon’s list of the 101 things he loved about her.

Realising she loved him too, Tricia headed back to the Woolpack, just as a violent storm hit the village.

Lightning struck the pub, a window fell on Tricia, a chimney came down…and later Diane and Marlon found Tricia among the rubble of the pub.

Cue tense hospital scenes, a difficult announcement from a doctor…and a return to the single life for hapless Marlon.

For more soap and TV gossip, sign up to OK! newsletters here.