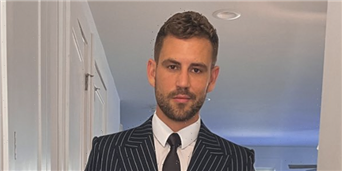 It’s been 84 years, but remember when Nick Viall was Bachelor? Well apparently he had one specific request when it came to his contract negotiations, and it had nothing to do with money. Speaking on the Trading Secrets podcast (via E! News), Nick said that while negotiating with ABC, he simply asked “Please cast women I’m going to be into. I didn’t really care about the money. I mean, I needed the money at the time, but I would’ve done it for free.”

Nick went on to explain that he’d already “lived without a job for a year” so he would have just asked producers to “give me what I need to survive for another year to get through The Bachelor.” Though it does sound like he had some say in his paycheck because, as he put it, “I basically said, ‘Give me this number.'” He went on to note that it was a “reasonable” amount but “all I cared about [were the women].”

Back in 2011 Reality Steve said the Bachelor salary was likely higher than $100,000, but that was legit 10 years ago, so gonna go ahead and assume ABC has increased its payday. Either way, Nick made it clear that the real money comes after The Bachelor—saying that he “knew the money would come” and that “It’s stupid for anyone who’s offered that role [to say no]. Nickel-and-diming over [$10,000 or] $20,000 is the dumbest thing you can do given what you can do with that opportunity gives you.”

Side note: Nick also mentioned that Luke Pell (who was originally up for the job before ABC picked Nick) “negotiated—like, they had no other options.” And apparently Luke wasn’t thrilled about being name-checked because he gave this statement to E! News: