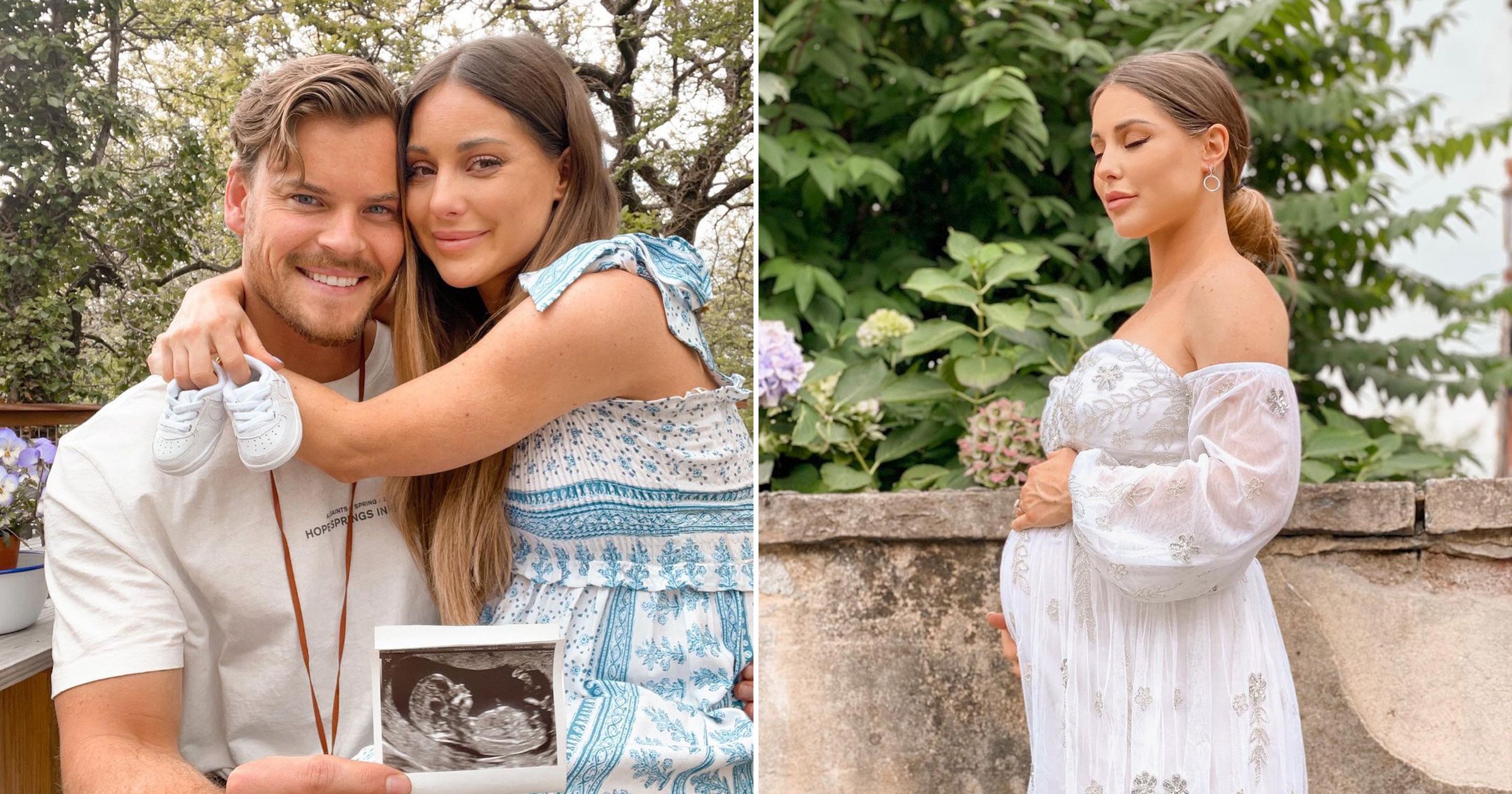 Made In Chelsea star Louise Thompson has given birth to her first child but revealed she suffered ‘serious complications’ that left her in ICU.

The reality star welcomed a baby boy with fiance Ryan Libbey in November but kept the news under wraps as she battled poor health.

Louise announced son Leo’s arrival on Thursday with an Instagram photo of the newborn while sharing the details of her devastating ordeal.

‘This post isn’t an easy one for me to write. I have so many things that I want to say but at the same time I’m struggling to find the words to explain what has happened to me and my family so for now I will keep it quite simple,’ she wrote.

‘[Five] weeks ago I gave birth to my beautiful baby boy Leo-Hunter Libbey weighing in at 7lbs. Unfortunately it wasn’t the easiest start for either of us. One ended up in NICU and the other ended up in ICU.

‘Whilst Leo made a fairly quick recovery ❤️‍🩹🙏🏼 I have been recovering in hospital for a month with various serious complications.’

Louise went on to explain how ‘dancing with death twice’ has given her a new outlook on the world, as well as ‘a stark remidner of how short and sacred life really is’, while encouraging her followers to live life to the full.

‘The hard truth is that you don’t know how lucky you are to have it until it’s too late.’

The 31-year-old revealed she is in a ‘bit of a strange place mentally and physically’ and is anticipating that this might be her reality for some time. However, she’s receiving ‘very valuable psychological help’ and is starting to experience ‘some good hours as well as bad ones’.

On an optimistic note, she concluded: ‘I want to finish with some happy news 🗞… I have been given the green light and been discharged from hospital which means that i’m able to recover from the comfort of my own home for Christmas. For the first time in a month I actually see a future where I get to live peacefully on this earth with my son.

‘I can’t wait to start our new journey together as a family of 3 and to start bonding little baby Leo.’

Louise and Ryan announced they were expecting their first child in May and were ‘counting [their] blessings’ after a previous miscarriage.

The same year she announced she and Ryan had called off their wedding after becoming ‘really stressed’ about the big day.