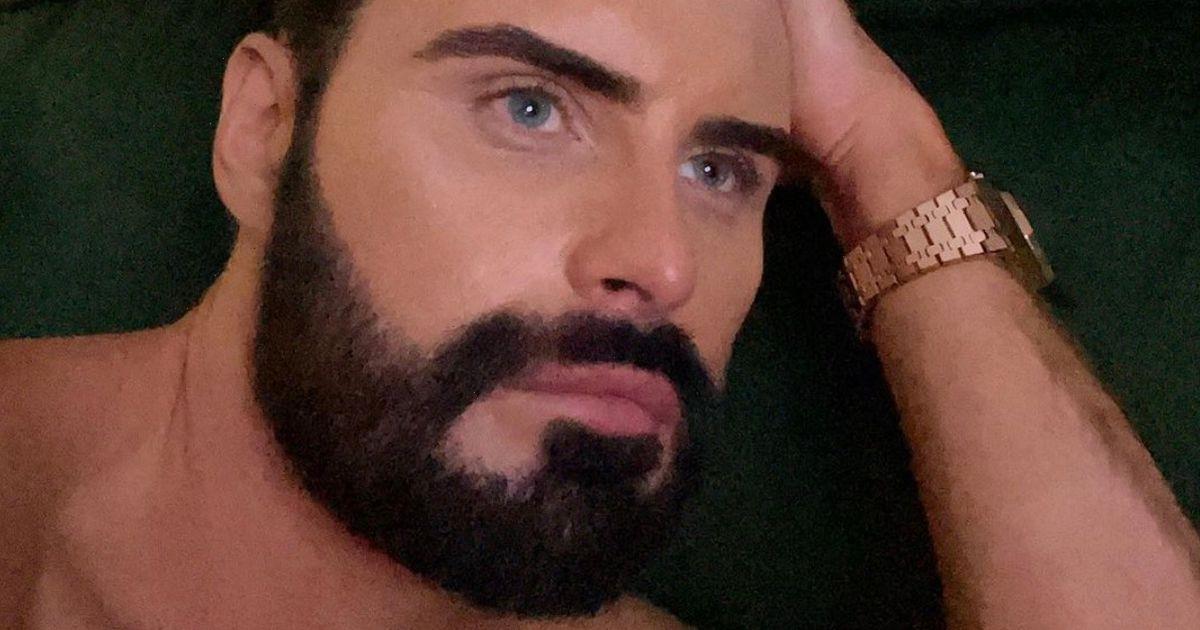 Rylan Clark has revealed a secret feud with a mystery celebrity, who he once considered punching.

The X Factor star, 33, rose to fame on the ITV talent show in 2012 and has since gone on to achieve stardom as he's a regular face on TV screens.

But, Rylan has revealed not everyone appreciated his celebrity status when his career first began.

Rylan, who recently said he "needed" time of work after his split from husband Dan Neal, explained how he overheard an unnamed "famous actor" badmouthing him while he filmed for Alan Carr's Chatty Man in 2013.

He recalled: "Shortly after The X Factor I went on Chatty Man. There was a guest on the show who is quite a famous actor in this country.

"I could hear him slagging me off, going: 'Why is that idiot on the show? He is an absolute this and that'. I let it go, but I always banked it," he told The Sun.

Rylan continued to explain that after a few years, he bumped into the same unnamed actor while at the National Television Awards.

The second meeting was very different to the first as Rylan's career had since sky-rocketed thanks to presenting gigs on Big Brother, This Morning and much more.

He revealed: "In 2016 and 2017, I was up for the NTA and they asked me to present an award. I go backstage and see this guy walking towards me.

"He puts his hand out and says, 'Rylan, it is so nice to meet you. I am such a big fan. My daughters absolutely love you and they will kill me if I don’t get a photo with you. Please can we have a photo together?’

"I had a little reality check and thought, 'I either punch him or do the decent thing for the daughters'. So I said, 'Yes, absolutely'."

Rylan took the photo with the actor, but couldn't help but bring up their previous encounter.

The mystery actor isn't the only celebrity Rylan has fallen out with. As the presenter ended his seven year-long row with Gary Barlow in 2019.

The Strictly: It Takes Two co-host and former Take That singer Gary’s feud began in 2012, when Rylan was a contestant on The X Factor and Gary was on the judging panel.

Gary was unimpressed with Rylan's vocals while he was on the show, which even led him to storm off set and branding him a "joke act".

In 2019 the pair revealed they had patched things up as they posted together at the Supersavers Spectacle Wearer Of The Year Awards.

Rylan shared the photo with the former Take That star and wrote in the caption: "After 7 years…. We're good".

Stay up to date with all the latest on Rylan and many more celebs by signing up to OK!'s daily celebrity newsletter.