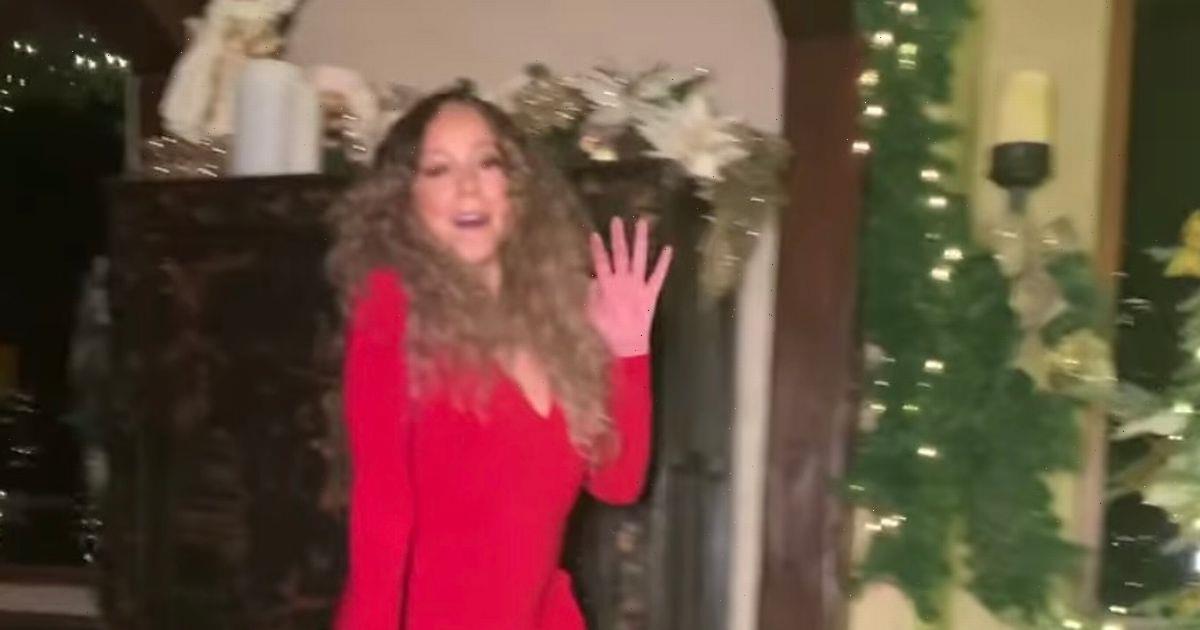 Mariah Carey has given a glimpse inside her festive decorations at her Beverly Hills home as she sang her hit All I Want For Christmas.

The 52 year old songstress, who shares son Moroccan and daughter Monroe, 10, with ex Nick Cannon, shared a peek inside her stunning living room at her California home which had been decked with a huge real Christmas tree and a gorgeous garland.

Mariah appeared in the Christmas spirit as she donned a red jumpsuit with her caramel locks in gorgeous curls for the performance in her living room.

Singing the lyrics, she said: "All I want for Christmas…

Panning to her children and adorable dogs, Monroe and Moroccan said: "You!"

Meanwhile her Jack Russell Terriers could not help but join in with the Christmas classic and howled as the family reached the high note.

We can also see that Mariah has got into the spirit of Elf on the Shelf with the dolls perched on a coffee table next to a red poinsettia.

Mariah shared the clip to her 10.4million Instagram followers, captioned: "All I Want For Christmas Is…[dog] [dog]."

The song, first released in 1994, is steeped in festive fame, making its singer the undisputed Queen of Christmas.

Mariah wrote 1994’s All I Want For Christmas Is You on a cheap Casio keyboard aged 22, adding it to her Christmas album released the same year.

The song finally topped the US and UK charts in 2019 and 2020 respectively, two-and-half decades after its original release. It's also certified Diamond in the States, denoting 10million copies sold.

Last year, the song hit Number One in the UK charts for the first time, 16 years after its first release.

The song is widely played and downloaded around the world which equals a huge sleigh load of royalties into Mariah’s bank account every year.

According to Business Insider, the song manages to gross around £45 million from sales across the globe each year.

The profit is then added to the song maker’s estimated net worth of around £234 million.