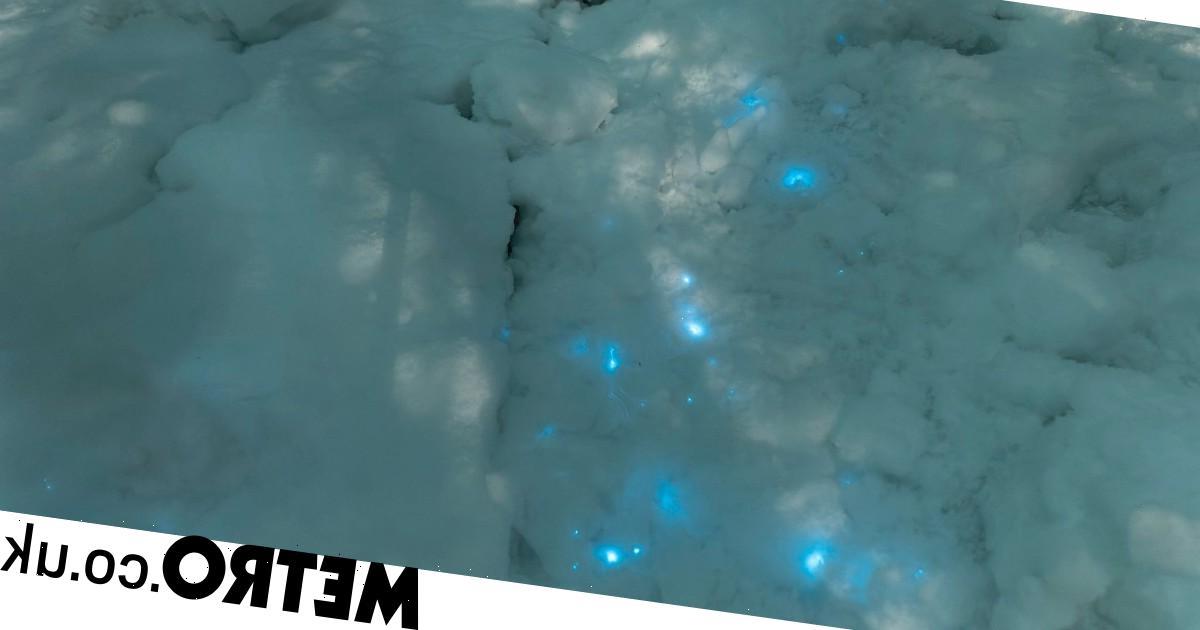 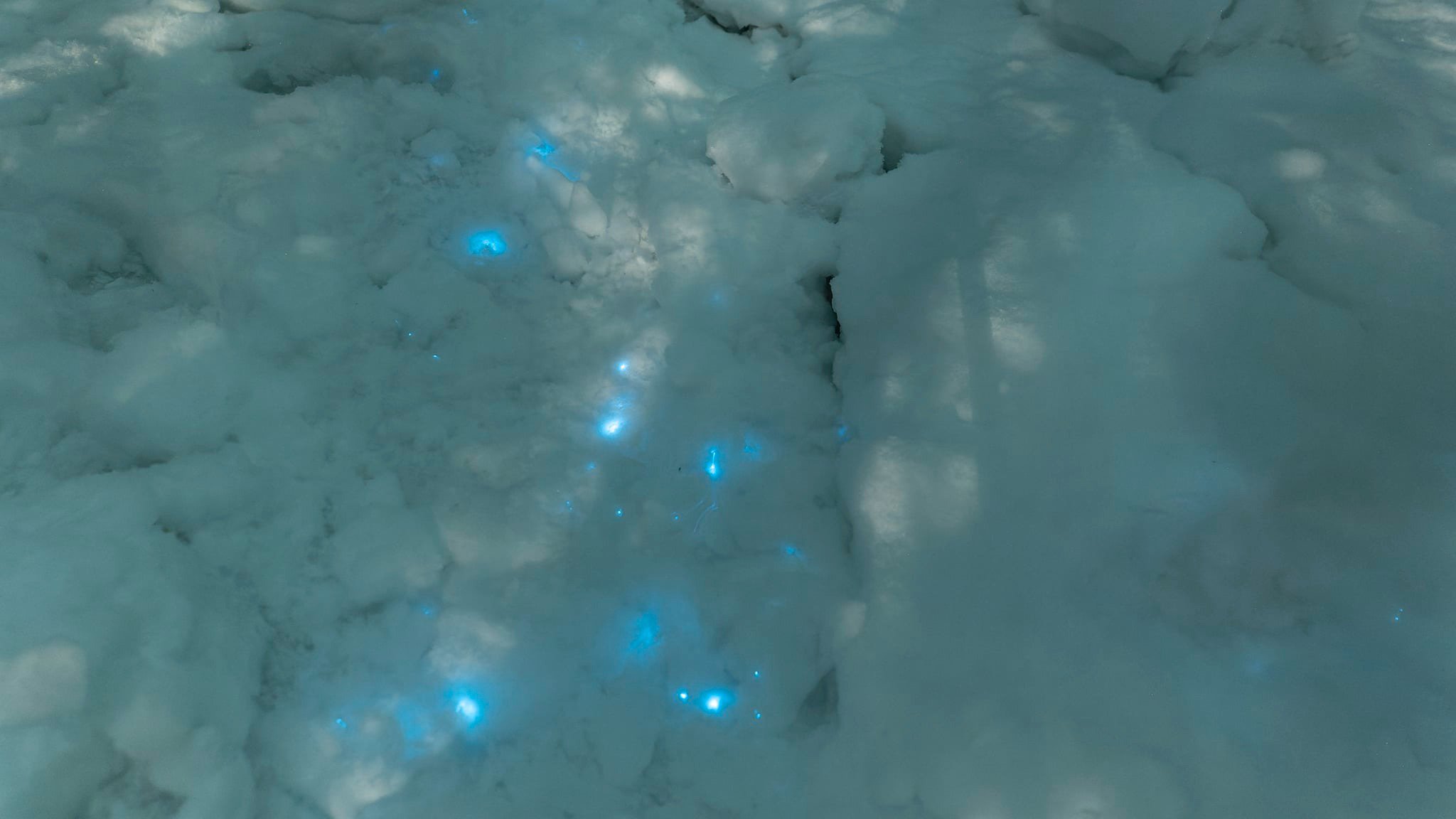 Scientists have observed faint blue lights in the Arctic snow surrounding a field station in Russia.

Upon testing the glowing snow, scientists have concluded the light was caused by tiny bioluminescent animals called copepods which were washed ashore from the nearby White Sea during a high tide.

This was the first sighting of its kind, where marine copepods made the snow appear to ‘glow’ near the White Sea Biological Station in the Russian Arctic.

The bright blue glow was first observed by Vera Emelianenko, a biologist, and Mikhail Neretin, the son of the station’s molecular biologist, on a night walk in December.

The washed-up plankton started to glow when disturbed by the footsteps of the scientists and their dogs.

‘They were like blue Christmas lights in the snow,’ Emelianenko told the National Geographic.

Emelianenko then studied samples of the snow under a microscope and found that the glow was due to the presence of bioluminescent organisms called copepods in the snow.

Glowing snow has been observed occasionally by researchers over the years but this might be the first time it has been documented with an explanation.

Dubbed ‘the bugs of the sea’, copepods are just a few millimetres long, about the size of several grains of sand in a row.

‘They are small, numerous and are eaten by a lot of things,’ according to Steven Haddock, a marine biologist studying deep-sea zooplankton at the Monterey Bay Aquarium Research Institute.

Copepods make up most of the biomass in the ocean, according to some estimates. They’re passive swimmers and so they can’t resist the currents.

This particular species of copepod has been identified as Metridia longa, which is found in the oceans from Canada’s Hudson Strait to the waters of Maine and across the Arctic.

However, the presence of these organisms on the shores of the White Sea is unusual as they’re usually found farther out in the ocean.

Copepods typically dwell 80 to 300 feet below the ocean during the day and ascend to a few feet from the surface during the darkness of night.

According to Ksenia Kosobokova, an expert on Arctic marine zooplankton at Russia’s Academy of Science in Moscow: ‘What must have occurred is that the copepods were caught in a powerful current.

‘Twice a day when the White Sea’s rising tide sweeps ashore, the frigid water and everything in it is sluiced through cracks in the ice and snow. For weak swimmers like copepods, there’s no escape.’

Bioluminescence is the emission of light by a living organism and is caused by a molecule called luciferin.

On its own, luciferin produces a very faint, steady glow but combined with the enzyme luciferase, the reaction is sped up, and that glow becomes a dramatic burst.

For some copepods, the luciferin and luciferase react internally, but Metridia longa has glands on its head and body to secrete this emission.

‘They’ll shoot out those two molecules at the same time and form a little puff of light in the water,’ said Haddock.

Scientists believe Metridia and other copepods use bioluminescence as a defence to startle predators, or distract them long enough for the copepod to escape.

Other scientists believe the glowing snow would be better explained by clumps of dinoflagellates, single-celled algae that also emit bioluminescence.

Jørgen Berge, a professor at the Arctic University of Norway has observed similar deposits in the snow on the shores of the Norwegian archipelago Svalbard.

Dinoflagellates are behind many known marine displays of bioluminescence—like the ‘phosphorescent bays’ of Puerto Rico.