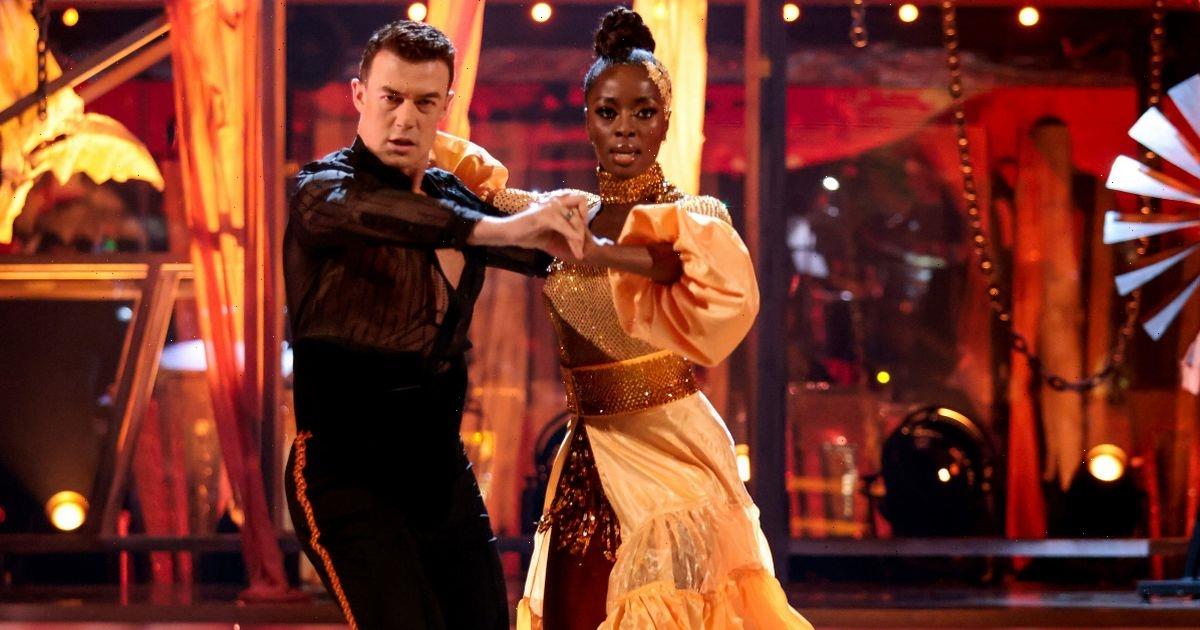 TV presenter AJ Odudu looks set to return to the Strictly dance floor for the 2022 series.

The TV presenter made it to the final of this year's competition and was due to go up against Rose Ayling-Ellis and John Whaite in a bid to lift the coveted Glitterball trophy.

She had to pull out after injuring her ankle and admitted she was "gutted" – but it seems all isn't lost.

According to The Sun, show bosses may invite AJ to have another whirl around the dancefloor with her pro partner Kai Widdrington next year even though Rose was the winner.

"The winner of the show returns to perform again for one dance when the series starts up again and it's been suggested AJ could be allowed to come back for one last turn on the dancefloor," a source said.

"Nothing has been decided yet but, if they can make schedules line up, AJ could be back for a final spin."

The insider said bosses would "love" to arrange for fan favourite AJ to perform one last routine.

The TV star was forced to pull out in the run-up to Saturday's final after suffering ligament damage.

She told fans in a lengthy post on Instagram that she had tried ice compression, had two incisions to drain the inflammation around her ankle and had local anaesthetic injected into her foot.

"I even asked the docs if I could perform in a medical moonboot!" she said.

"But the fact is, I can't stand on my feet let alone dance because I've torn my spring ligament.

"Learning to dance over the last 13 weeks has been an incredible honour and to do it alongside someone as special, patient and devoted as Kai is something I'll treasure forever."

EastEnders actress Rose – who made history as the BBC ballroom contest's first deaf contestant – won the series with her pro partner Giovanni Pernice.

The Daily Star has contacted the BBC for comment.