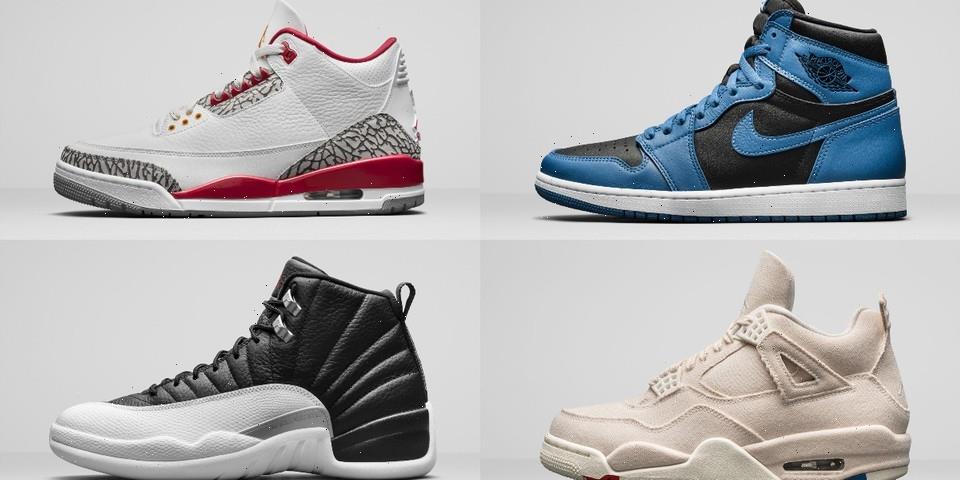 Jordan Brand had themselves quite the eventful 2021 of footwear releases that involved a multitude of grail-worthy collaborations, notable GRs and more, but it seems as though next year is going to be just as promising in terms of striking drops as it has just unveiled its Spring 2022 Retro lineup. In the next several months, the brand has intentions of releasing 15 new offerings, most of which are modernized takes of MJ’s signature models along with the return of the classic Air Jordan 12 “Playoff” colorway. According to the brand’s press release, this latest range will include more extended sizing for women and will focalize on bringing more sustainable materials to the forefront.

In this forthcoming batch of kicks, the popular Air Jordan 1 High OG is brought to the table in two colorways. The first is a beautifully crafted “Dark Marina Blue” palette while the second is styled with a “University Gold/Light Bordeaux” makeover to nod to MJ’s Omega Psi Phi fraternity. Next in line comes the Air Jordan 3 and Air Jordan 4. A duo of new renditions of the former are slated to release titled the “Muslin/University Red” and “Cardinal Red” iterations. The latter has a trifecta of new installments on the way and is comprised of a beige “Canvas/Cement Grey” colorway, a tie-dye-wrapped “Amethyst Wave” option and an “Infrared” colorway.

Jordan Brand is also readying two variations of the Air Jordan 5 and Air Jordan 6 each along with new styles of the Air Jordan 7 and Air Jordan 9. On deck for the AJ 5s is a stealthy “Black/Racer Blue” concoction along with an “Arctic Orange/Siren Red” low-top for the ladies, while the AJ 6 has a women’s “Mint Foam” rendering and a “UNC” offering on the way. The AJ 7 is coming in a special “Sapphire” colorway that is reminiscent of classic ACG colors while the AJ 9 is being produced in an understated black and silver colorway with hints of “University Red” accents.

Rounding off the Spring 2022 assortment comes the return of the Air Jordan 12 “Playoff” — which is expected to return during NBA All-Star Weekend with all of its original design details — and the Air Jordan 13 “White/Del Sol.”

You can anticipate Jordan Brand’s Spring 2022 Air Jordan retro collection to begin rolling out via Nike SNKRS early next year.