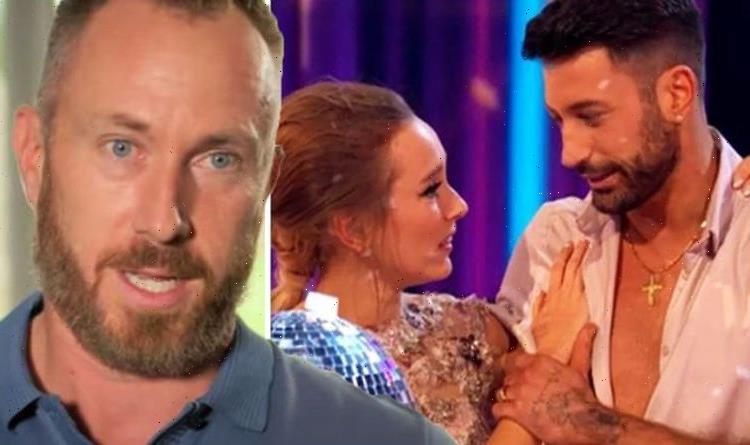 Strictly: Rose and Giovanni are crowned the winners

Former Strictly Come Dancing star James Jordan has taken to Twitter where he said there “was only ever going to be one winner” of tonight’s final. The dance professional previously said that he wouldn’t be watching the final of the popular BBC dance show this evening, as he was taking his daughter Ella to a Christmas event. But it seems the star managed to catch the show and soon shared his thoughts on Rose Ayling-Ellis and her partner Giovanni Pernice, who won the coveted Glitterball over John Whaite and Johannes Radebe.

In view of his 298,900 followers, James apologised for not live tweeting his way through the final.

He wrote: “I did eventually get home in time to watch Strictly but wanted to watch and just enjoy, hope you don’t mind

“Loved it,” he ended his post, alongside the show’s hashtag.

After it was announced that Rose and Giovanni had won the Glitterball trophy, James penned a touching tribute to the duo.

He wrote: “Rose and Giovanni are the most deserving winners of ANY series of #StrictlyComeDancing

“Even though everyone else was brilliant this year too….. what an inspirational show it’s been

“Well done to the whole team on creating some brilliant TV in some tough times for so many,” he added.

Following his post, James’ followers flocked to the comments to relay their thoughts on Rose and Gio’s win.

Kelly Adams wrote: “They were brilliant!

“Rose is amazing but I’m so pleased that Giovanni has finally won the glitter ball!”

In agreement, Asha-Louise commented: “Genuinely feel like this has been the most wonderful series for inclusivity and for representing the beautiful diversity of us all as human beings. Wonderful.”

Julia Stanley chimed in: “Absolutely loved Rose and Gio this year – beautiful and you can feel the love they have for each other and for dance.”

This year, James tweeted his way through every Strictly show, offering his thoughts on the contestants’ performances.

Twitter user Netleybeach wrote: “Thank you for your comments through the series @The_JamesJordan, I haven’t agreed with all of them but probably the majority and I will miss you.”

James had previously told his followers that he wouldn’t be watching tonight’s final.

He told them: “So tonight is the #strictly Final.

“I know the show will still be a great one and I feel this year’s Strictly has been up there as one of the best.

“Good luck to both couples,” he added.