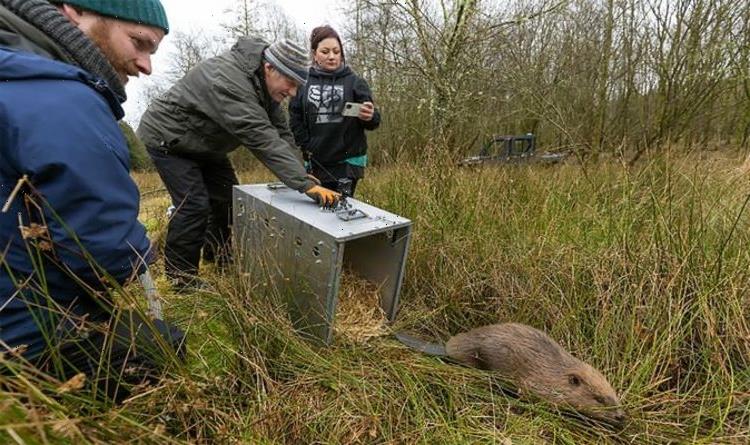 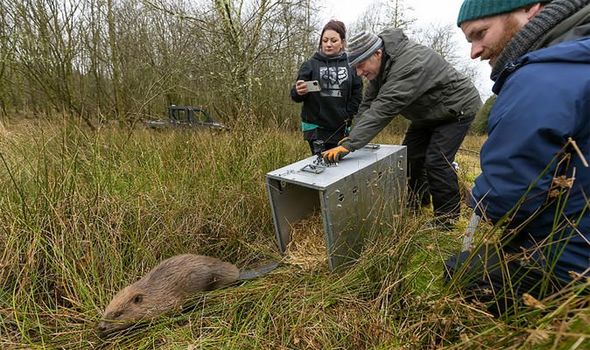 The Eurasian beaver was hunted to extinction in the 16th century, but since being reintroduced to Britain in 2002, their dam-building has helped to prevent fires, limit droughts and curtail flooding.

Since they arrived, Chris has recorded nine new bird species, harvest mice and polecats and amphibians and reptiles.

His busy beavers, now parents to two kits, have built eight dams along a stream and cut peak discharge in half.

“We got together with the Environment Agency and asked, ‘How can we hold more water on our land and slow the flow?’ They had a host of prescriptions – but had absolutely no resources.

“We then posed the question, ‘What if we get beavers to do it for nothing?’.”

The dams stop rapid water movement and beaver wetlands can also act as a firestop.

The Daily Express has highlighted the state of UK waterways through our Green Britain Needs You campaign.

Merlin, 36, who describes the animals as “stewards of nature”, said: “Beavers manage woodland better than humans ever could.”

Twelve thousand years ago, native rodents weighing less than five stone were manipulating water flows with dams of mud, sticks and rocks before we had moved from hunter-gatherer to farmer.

For centuries we killed off Britain’s beavers and drained the land, clearing riverside woods for farming. Braided meandering rivers became deeply incised and straightened channels, racing water to the sea.

Without action, homes, soil and livelihoods will continue to wash away, with famine and wildfires also looming over the horizon.

Since 2002, beavers have returned to Britain in small numbers. Next year they will be protected in England and licensed to expand through controlled releases. With the right management we could deploy them as a “nature-based solution”.

Beavers aren’t a magical elixir for the climate emergency but are an obvious ally.

Could we recruit their natural ecosystem engineering and make space for them again?