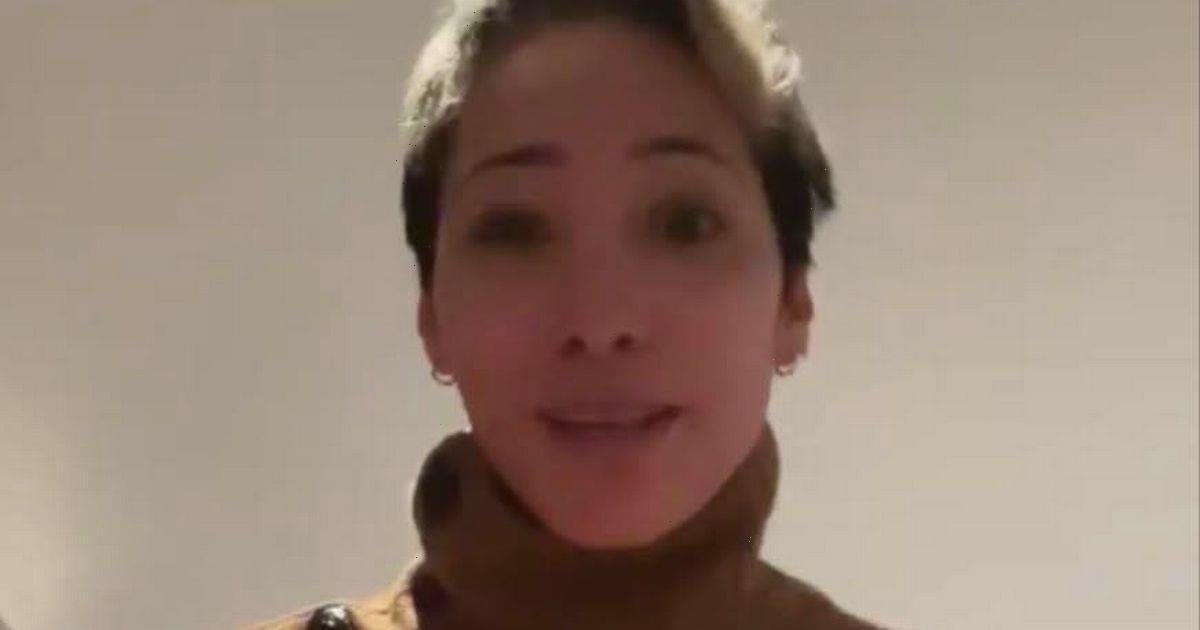 Karen Hauer, 39, who partnered with actor Greg Wise for the current series of Strictly Come Dancing, has revealed details of her nasty knee injury.

The professional dancer, who has been with the show since 2012, has now been ruled out of the competition until next year after missing out on the ensemble dance during the semi-final this weekend.

Sadly, she will also be forced to miss next weekend's final.

Karen explained on Instagram: "So currently I have two things wrong with my knee.

"So there’s a little bit of a tear on my meniscus and then there’s also a little cartilage flap behind my knee but they’re very minor so instead of an op I got a knee injection so that’s good news." Karen had to confront her fear of needles with the help of boyfriend Jordan Jones.

She continued: "I mean, I am terrified of injections and needles. I hate needles so I’m glad that it happened already.

"I pretty much bit off Jordan’s jacket, but at least I’m not going into surgery which is good for now.

"I need to rest for a couple of days and then I start rehab on Monday." Karen detailed her recovery plan for the coming days, saying:

"Strengthening, conditioning which is something that I’m really looking forward to. This is very new to me. I’m laying in bed and it’s almost 10am but it’ll be for my own good."

Karen is also being comforted by her dogs Phoebe and Marley.

They cuddled into her on the sofa as she gave a glimpse of her injured knee. On Saturday night she filmed herself cooking and said: "It's the first time in 10 years that I've had to be out, that I haven't been in the studio but I'm really happy to be clapping from home."

Before her unfortunate injury, Karen bowed out – for now – in style.

Last weekend she wowed the Strictly crowd as the main dancer – along with Jowita Przystal – in a sizzling professional dance routine set to a Janet Jackson megamix.