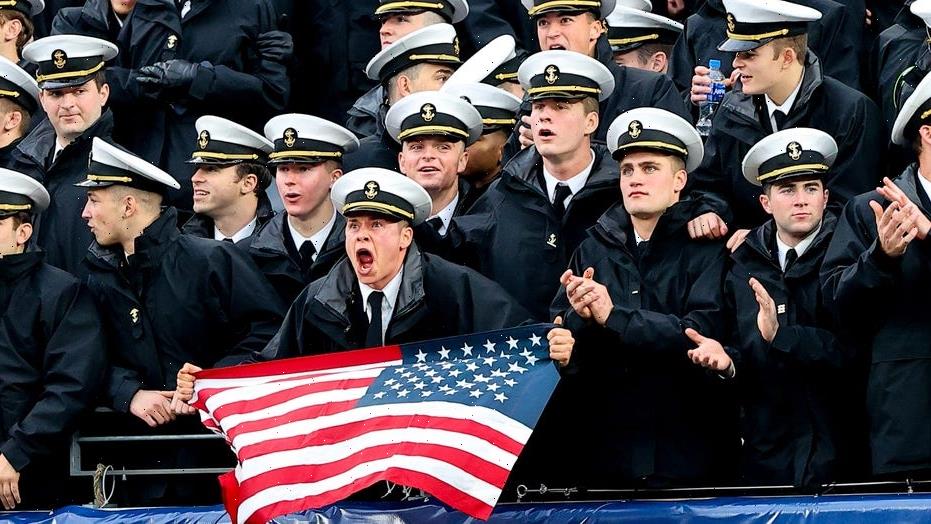 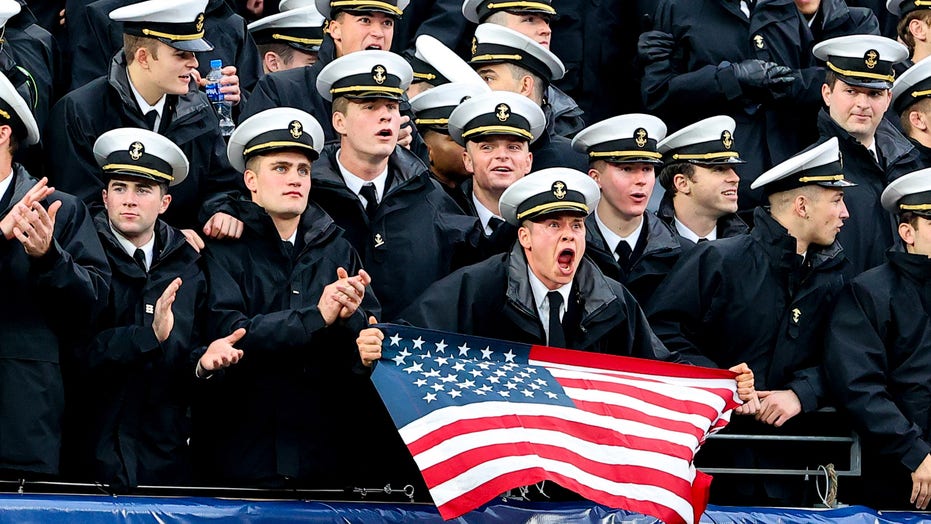 The pride that fuels each Army-Navy matchup is worth the view alone. This year, fans were treated to a thrilling upset victory by the Midshipmen.

Navy defeated the Army Black Knights, 17-13, thanks to a stalwart defense and effective fill-in play by the Midshipmen’s second-string quarterback, Tai Lavatai. 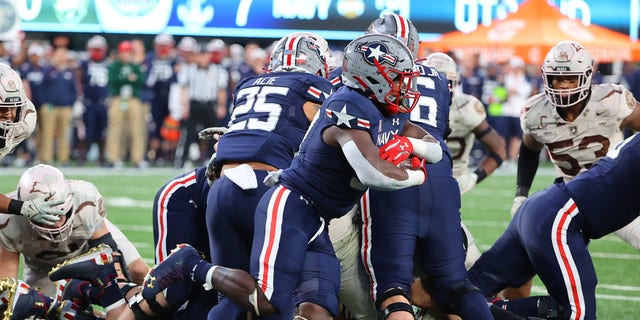 While not getting opportunities to air the ball out, finishing with 4-of-6 for 82 passing yards, the sophomore provided Navy’s offense with a reliable rushing attack. Lavatai picked up crucial yardage in his 20 carries for 62 rushing yards. Most notably in the red zone, adding two touchdowns on the ground to keep Navy in the lead.

A considerable favorite on the night, Army produced an opening drive on offense to suggest the contest would soon be out of Navy’s reach. Quarterback Christian Anderson ran for the 56-yard score, just two minutes into the contest (4 plays, 75 yards).

Black Knights quarterback Christian Anderson had a well-rounded effort against a relentless effort from the Navy defense. He threw for 108 yards on 7 of 15 passing and was Army’s leading rusher with eight carries for 65 yards and the touchdown.

Senior Navy defensive captain Diego Fagot was a star for Navy in his final regular season appearance for the football programs. His trick play in the fourth during a fake punt attempt kept the team’s 14-13 lead alive after a third quarter score by Lavatai. Fagot added nine tackles on the defensive side of the ball.

Down four points with two minutes left in the fourth, Christian Anderson faced a potential game-winning drive. A bad drop by Tyrell Robinson set Army up for a fourth-and-3, putting the traditional matchup’s result all on the final play. 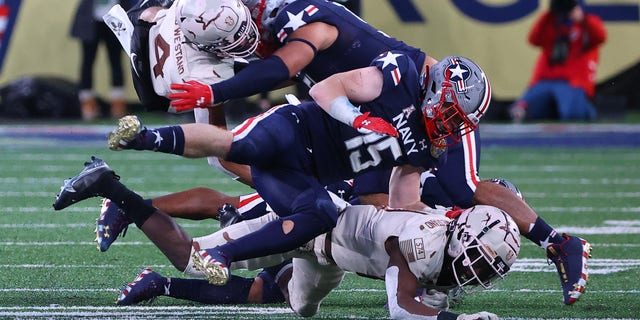 “Navy takes over, and Navy’s gonna win it,” announced the CBS broadcast booth as Anderson was halted inches short of the first down.

It’s the first time since 1993 that the Commander-in-Chief’s trophy will be split for the season, courtesy of the upset win by Navy. The night concluded with the longstanding tradition of singing each team’s alma mater, with the Midshipmen singing last.

“They may be 4-8, but they got the one they wanted,” concluded the telecast.