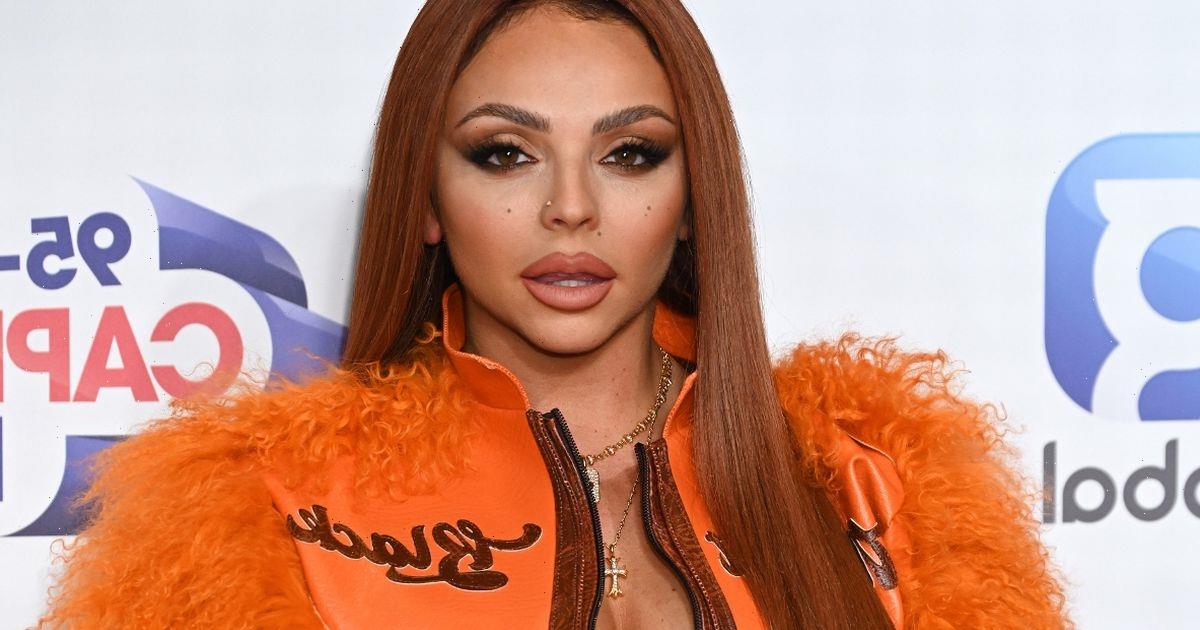 Jesy Nelson made sure all eyes were on her as she performed her first solo gig since leaving Little Mix.

The 30-year-old pop star demanded attention as she turned up to Capital's Jingle Bell Ball in London wearing a racy leather outfit.

She defiantly stood out from the crowd wearing a maroon crop-top with a pair of matching trousers and a bright orange fur jacket.

Jesy showed a glimpse of her toned torso in her latest eye-catching wardrobe choice.

She enhanced her beauty with some glam makeup and styled her trademark brunette locks in a straight style.

The Boyz singer completed her look with a pair of neon orange heels as she rocked the red carpet.

For her stage outfit, Jesy stuck with the leather memo wearing a vinyl jumpsuit which she paired with a dramatic red leather trench coat.

She switched up her hair to model grey locks in a wet look and covered her eyes with some flame-shaped sunglasses.

Jesy was mean to perform at HITS Radio Live last month but was forced to pull out after testing positive for Covid-19.

Releasing a statement on her Instagram on Tuesday afternoon, Jesy said: "Hey my lovelies. After feeling unwell for the last few days I've sadly tested positive for Covid.

"It means I'm no longer able to perform at Hits Radio Live In Birmingham this Saturday."

She added: "Apologies to any of my fans who bought tickets and I'm so sorry I can no longer be there. I hope you all have an amazing night, stay safe and I can't wait to see you all soon love you all so much."

Talking to The Sun about the untimely situation at the time, a source claimed that Jesy is said to be "gutted".

The source explained: "She was so excited to get back on stage but Covid has put a massive spanner in the works.

"Luckily her schedule had down time pencilled in but the show was going to be her big live comeback.

Jesy has reportedly already penned nine songs for her debut album, which is set to be released next year with her second single to thought to launch in January 2022.