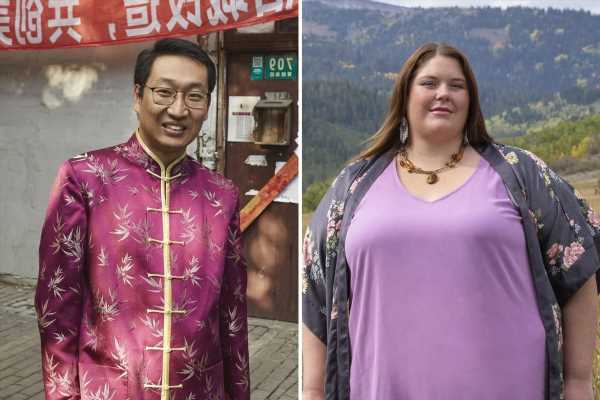 90 Day Fiancé: Before the 90 Days Season 5 premieres on Dec. 12, and fans will get to watch seven new couples take the big leap into an international relationship. Long-distance relationships pose plenty of hurdles in general. However, things get even more complicated when you add in a global pandemic. Ella and Johnny are two of the new stars in the upcoming season. Here’s what we know about the couple so far.

Ella, 29, lives in Idaho Falls, Idaho. According to Entertainment Weekly, she’s “a country girl from Idaho with a self-proclaimed obsession with Asian culture.” She and Johnny met on an international dating app exclusively for white women and Asian men. After meeting online, the two started chatting and realized they were soul mates. However, Ella remains cautious about Johnny because she’s been burned in relationships before. Ella fears her weight may prove to be an issue when she and Johnny meet in person. Ella’s previous boyfriends have rejected her due to her size, and she doesn’t want that to happen again.

However, Entertainment Weekly also reports that the two have “video chatted intimately,” so we know at least Johnny and Ella have seen each other when they talk. Hopefully, her weight isn’t a factor for Johnny when they ultimately meet in person.

Johnny is 34 years old and hails from Jinan, China. With China’s borders closed due to the coronavirus (COVID-19) pandemic, Johnny and Ella still have yet to meet in person. Despite trying numerous times to visit, none of the trips worked out for Johnny.

That looks to change in 90 Day Fiancé: Before the 90 Days Season 5. In the teaser trailer from TLC, fans see Johnny and Ella try to coordinate a visit to Ella’s home in Idaho. However, viewers aren’t sure the visit materializes. In a clip from the upcoming season, Ella cries in front of cameras as she questions why their relationship has to be so difficult.

Fans have accused both Johnny and Ella of ‘fetishism’

While no couples in 90 Day Fiancé: Before the 90 Days are without their own set of problems, fans immediately picked up on something that could potentially cause some backlash. Viewers think that Ella might be “fetishizing Asian culture.” Scenes from the teaser trailer show her in what looks like a samurai cosplay while swinging a katana around and yelling “hi-yah!”

However, it’s not only Ella catching heat for allegedly “fetishizing Asian culture.” Fans think Johnny might be guilty of it as well. One Redditor wrote, “She’s fetishizing him for being Asian and he is fetishizing her for being a big white girl. Can’t wait to watch this trainwreck.”

Cast members in the 90 Day Fiancé universe have been accused of fetishism before, so this wouldn’t be the first time castmates have had to deal with accusations like this. For those interested in watching Ella and Johnny’s journey, they can tune in to TLC on Dec. 12.