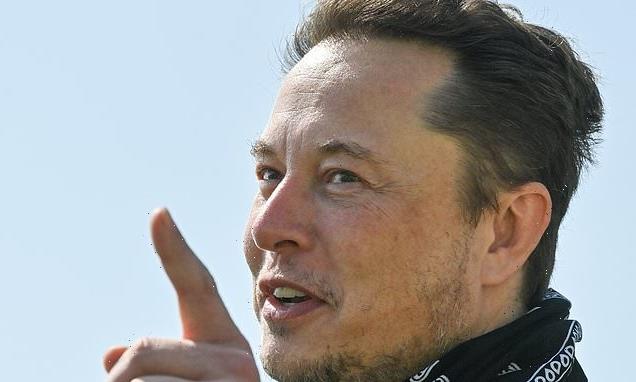 TOM UTLEY: Elon Musk is right – it’s NOT selfish to have lots of children. Who else will pull pints in the future?

Many years ago, when our boys were still at school, I had the misfortune of finding myself sitting next to a very haughty woman at a dinner party. Our brief conversation has stayed in my memory ever since.

She opened with the familiar, ice-breaking question: ‘Do you have children?’ When I told her that, yes, we had four sons, I waited for the usual reaction: either ‘Oh, your poor wife!’, or ‘Goodness, they must keep you busy!’

But instead of saying either of those things — or asking ‘Are you a Catholic, then?’ — she stuck her nose in the air and remarked: ‘Isn’t that rather selfish of you?’ 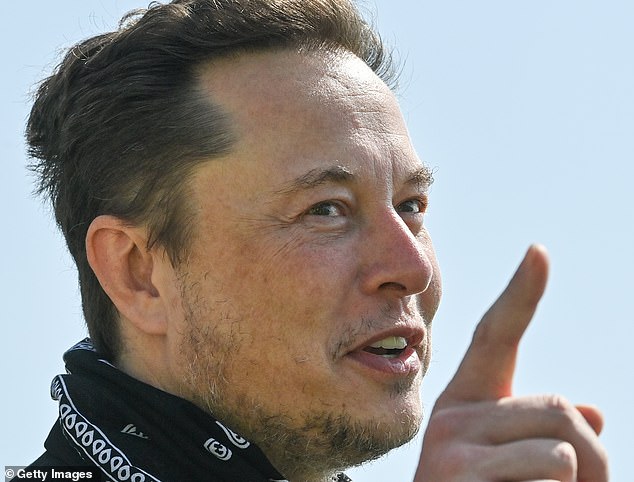 The real worry, as Mr Musk argues, is that numbers are falling, or about to fall, over almost all of the developed world, with poorer countries predicted to follow the same downward path by the end of this century

She then turned to the guest on her other side and ignored me for the rest of the meal.

Of course, my accuser was far from the first person to think that parents who produce more than a couple of children are guilty of a crime against humanity and the planet (I wonder what she would have made of the fact that Mrs U’s maternal grandmother was one of 22).

As long ago as 1798, in his hugely influential An Essay On The Principle Of Population, Thomas Malthus wrote that population growth was an obstacle to human progress and led inevitably to famine and want.

Since then, legions of others have piled on to the Malthusian bandwagon — including, I’m sorry to say, several members of the Royal Family.

I’m thinking particularly of the publicity-shy Prince Harry, who said in one of those innumerable interviews for which he thrusts himself forward that he was limiting himself to a maximum of two children for the sake of the planet and the environment.

‘I’ve always thought this place is borrowed,’ he said. ‘And surely, being as intelligent as we all are (all of us, Harry?), or as evolved as we are all supposed to be, we should be able to leave something better behind for the next generation.’

Clearly, he meant that the world would be a richer, happier and more bountiful place if only selfish swine like me would stop producing multiple offspring.

To be fair to the Prince, I should perhaps point out that in saying this, he was merely echoing his late grandfather, the Duke of Edinburgh, who went on record with similar views.

Indeed, one of the rare occasions on which the Duke seemed lost for words came when a cheeky reporter asked him how he could rail against population growth, given that he himself was a father of four. To his credit, if my memory serves me, Prince Philip conceded that this was a fair point. 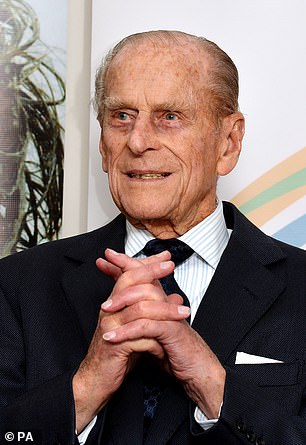 Indeed, one of the rare occasions on which the Duke seemed lost for words came when a cheeky reporter asked him how he could rail against population growth, given that he himself was a father of four. To his credit, if my memory serves me, Prince Philip conceded that this was a fair point

This week, I thought of my sneery fellow guest at that dinner party when the Tesla and SpaceX entrepreneur Elon Musk, who vies with Amazon’s Jeff Bezos for the title of the world’s richest man, attracted gales of derisive laughter for declaring that one of the biggest problems facing humanity is not that there are too many of us, but too few.

‘So many people, including smart people, think that there are too many people in the world and think that the population is growing out of control,’ he said. ‘It’s completely the opposite. Please look at the numbers. If people don’t have more children, civilisation is going to crumble, mark my words.’

Now, if only my accuser had let me speak, all those years ago, I would have said something very similar. And no, it’s not because I was baptised a Roman Catholic.

As it happens, I’m an extremely bad Catholic, and I have no objection whatsoever to contraception (though, as long-suffering readers will be aware, I abhor abortion on demand).

I would have started by saying that, far from being selfish, my fathering of four sons was, and is, one of the few truly selfless things I’ve done in my life.

All right, it wasn’t and isn’t entirely altruistic, because it gives me great satisfaction and pride to have reared four healthy sons, who in their different ways are all making a valuable contribution to society: one social worker, two teachers and a journalist.

What is certainly true is that Mrs U and I would be an awful lot richer — in material terms, at least — if only we’d remained childless, or stopped at one or two (though admittedly, Mr Musk somehow managed to accumulate his zillions, despite being a father of six).

Yes, I know it’s tempting to think that life would be more agreeable if there were fewer people about, with less crowded trains, fewer traffic jams, cleaner air, more pandas and polar bears, cheaper housing and millions more acres of rainforest left undisturbed by the chainsaw and the plough.

But, counter-intuitive though it may sound, the fact is that Mr Musk is right — and Malthus was plain wrong. You have only to consider that in the Georgian economist’s day, when he predicted imminent disaster and mass starvation from a population explosion, there were only about one billion people in this world.

Today, there are well over seven billion. And thanks to the miracle of modern capitalism, most of them are better fed and lead more comfortable lives than their ancestors at any other moment in the world’s history.

The real worry, as Mr Musk argues, is that numbers are falling, or about to fall, over almost all of the developed world, with poorer countries predicted to follow the same downward path by the end of this century.

Even in Britain, the population is rising only because of the mass immigration of recent years (which brings problems of its own), while the fertility rate in England and Wales has fallen well below replacement level to only 1.58 per woman.

If you think this is a healthy trend, just ask the Chinese, whose one-child policy proved such an unmitigated disaster that it has had to be abandoned.

Or ask yourself this: where are we to find the able-bodied people we will need to look after us in our old age, keeping the wheels of the economy turning, manning the factories, producing the food, driving the lorries and staffing the health service?

Where will we find the epidemiologists and doctors to protect us from deadly plagues, the bar staff to pull our pints — and the scientists to come up with new ways of producing food and keeping the lights on without harming the environment?

Already in this country, we’re suffering from a labour shortage, which will only get worse if current trends continue, with fewer and fewer people of working age to care for the growing army of the elderly.

Indeed, who would there be to look after my haughty accuser at that dinner party, if everyone in the world had followed her example by remaining childless? When she reaches her dotage, maybe she’ll learn to be grateful to the parents of future generations of workers.

But I can’t end without congratulating the Prime Minister and his current wife on the birth of their healthy daughter yesterday — Carrie’s second child and the seventh (or possibly the eighth) fathered by Boris.

I must say that Mr Johnson, my former colleague, has been a great disappointment to me since he took his high office in 2019. But as he stumbles from scandal to scandal, and crisis to crisis, at least he’s doing something right.