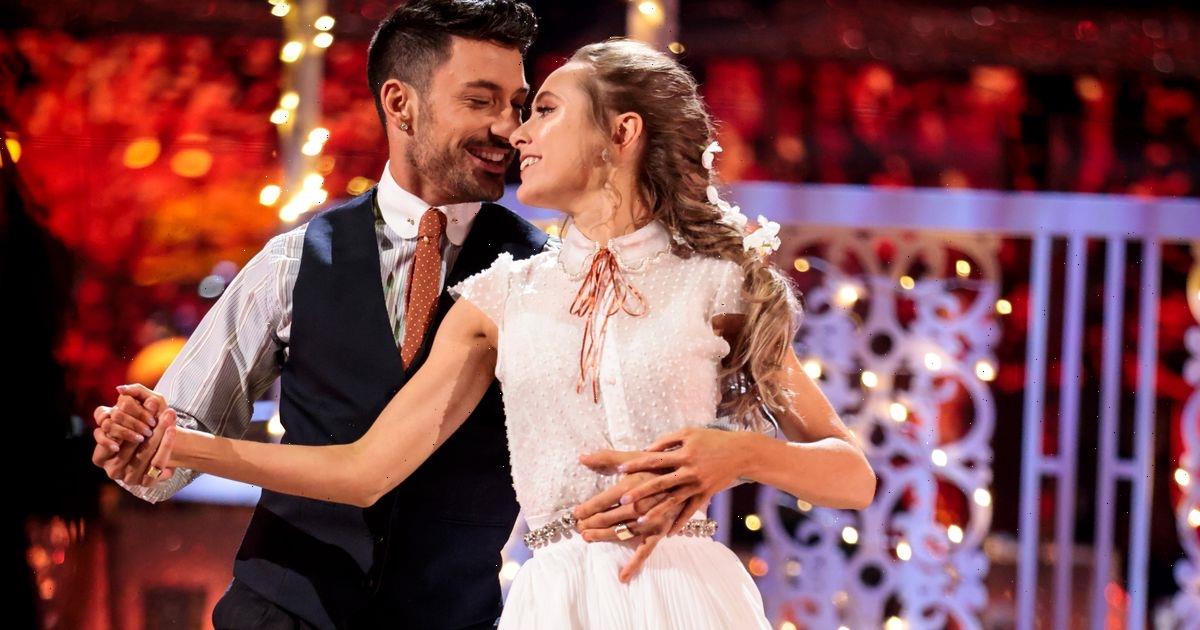 Strictly Come Dancing professional dancer Giovanni Pernice told spin-off host Janette Manrara and his celebrity dance partner Rose Ayling-Ellis that "people will pay" for his sweat and to be close to him in a tense moment while on It Takes Two.

Appearing on the popular spin-off show with his dance partner, Giovanni burst into faux rage when he started shouting in a clip showed on It Takes Two.

Shouting at his partner from across the room he said: "Stop doing the sweaty! People will pay to have this sweat.

"People will pay to be that close with me," he added as he held Rose close to him.

Host Janette said: "People will pay and they are lining up outside Giovanni!"

The outburst came after the host asked the pair about their Argentine tango, which will cause the pair to be very close.

She said: "When you were talking about the Argentine tango, Giovanni mentioned how close you were going to be. You were not very excited and I think it's only carried on more in rehearsal throughout the week."

A clip from the pair's rehearsals was shown to viewers at home, where EastEnders star Rose looked disgusted after a dance.

She showed her clammy hand to the camera and said "sweaty", which is why Giovanni urged her to "stop doing the sweaty" before launching into a rant about how desirable he is.

This comes as the hunky professional dancer has been reportedly dating a new celebrity after splitting from Maura Higgins, his ex-girlfriend.

Towards the end of November, rumours began to spiral and it was alleged that Giovanni might be dating blonde beauty Verity Bowditch from the Channel 4 reality programme, Made In Chelsea.

However he took to social media to deny the claims, laughing that it was news to him as well as everyone else.