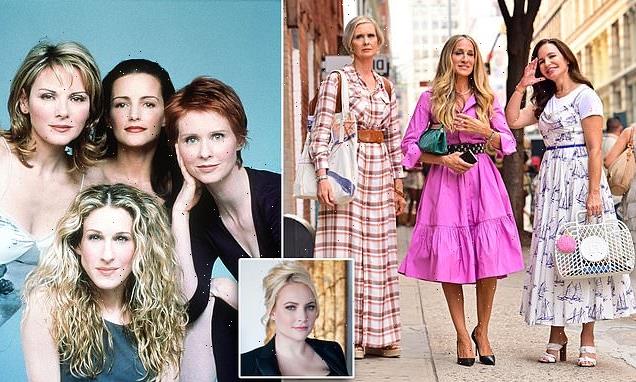 And Just Like That . . . Sex in the City died of wokeness: MEGHAN MCCAIN on how the humorless reboot of show she used to love has sacrificed its sense of fun to the repressive times in which we live

One of the things that made ‘The Golden Girls’ an ageless, classic ​television show is that it showcased a group of women, living together and talking about basically anything and everything — from sex and relationships to life and family.

But most importantly, they were having lots of fun, and as a result, the audience had a lot of fun along with them.

If only that were the case with the ​misguided, woke reboot of ‘Sex in the City’.

Let me preface what I am about to say next with this — I am very sad to feel this way about the revival, aptly named ‘And Just Like That…’.

I am an old millennial — 37 years old to be exact.

The original HBO show hit its height of fame, popularity, and cultural relevance as I was coming into my formative years and during my time at Columbia University in New York City. 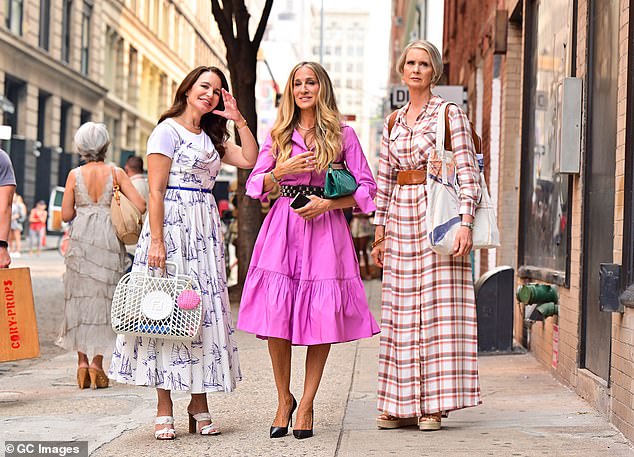 Just not the same: The show was a true cultural phenomenon and for many reasons we should be forever grateful for the barriers that it broke regarding open conversations about women and sexuality

I cannot fully express what it was like to have a show about women, friendships, relationships, navigating singledom in modern America — and yes, sex — on the air at that time in my life.

The show was a true cultural phenomenon and for many reasons we should be forever grateful for the barriers that it broke regarding open conversations about women and sexuality.

It encapsulated the excesses of the time and the pre-woke freedom before the 2008 financial crisis.

Any reboot of this cultural touchstone would face exceedingly high expectations, but I didn’t anticipate being left simultaneously disappointed and depressed, after watching the first two episodes.

For a start so much of the original show, while groundbreaking at the time, hasn’t aged well in the way that many other shows of that era have. I could watch The Sopranos over and over again and have few critiques for the series.

But so many of the promises of ‘Sex in the City’ turned out to be completely fictional and lacking any relation to reality.

The show depicted its main character, Carrie Bradshaw, as a columnist, living in a great Manhattan apartment, able to afford a closet full of designer clothes and shoes.

She also finds the idea of marriage and children repulsive — to put it mildly.

Now, I don’t think all television has to reflect life perfectly, but I think for a certain generation of women, this show made some false promises about sex and intimacy that now seem dated and not reflective of what actual real life is like both in New York City and outside of it.

As I have gotten older, I have cringed at the messaging to so many young women and wished for more realism and nuance when it came to intimacy and relationships with men.

But I digress — back to the reboot.

Sarah Jessica Parker is an iconic actress and is still wonderful embodying the character of Carrie. 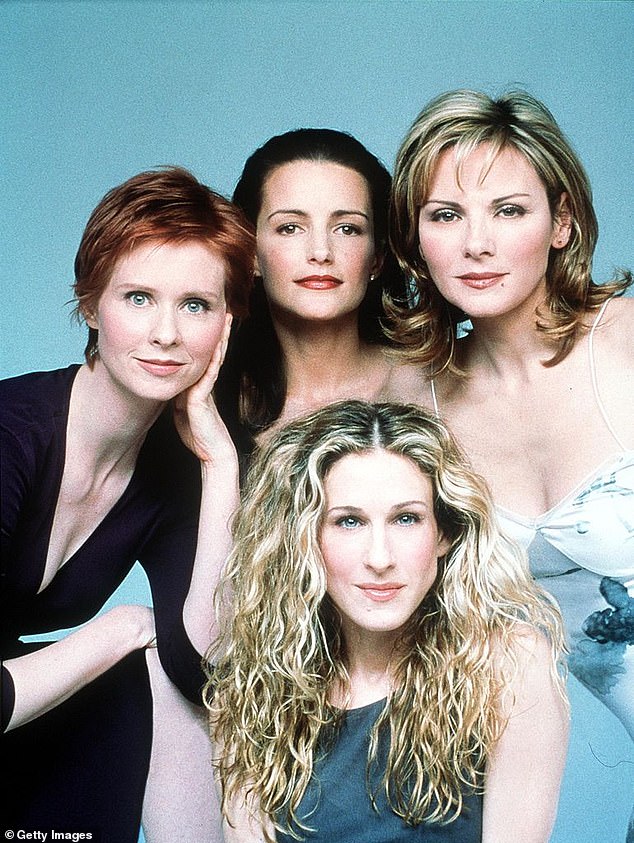 Any reboot of this cultural touchstone would face exceedingly high expectations, but I didn’t anticipate being left simultaneously disappointed and depressed, after watching the first two episodes

The problem with the new series is the clumsy attempt to reformat the show into the woke and puritanical times we are living in.

For example, Carrie now plays the part of the ‘cisgender woman’ on a podcast with younger co-hosts.

One of them is — of course — queer and nonbinary. Because it’s so boring and un-evolved to be a straight white woman.

I don’t know who to blame, the writers of the show or this particularly stupid and repressive time we are living in. 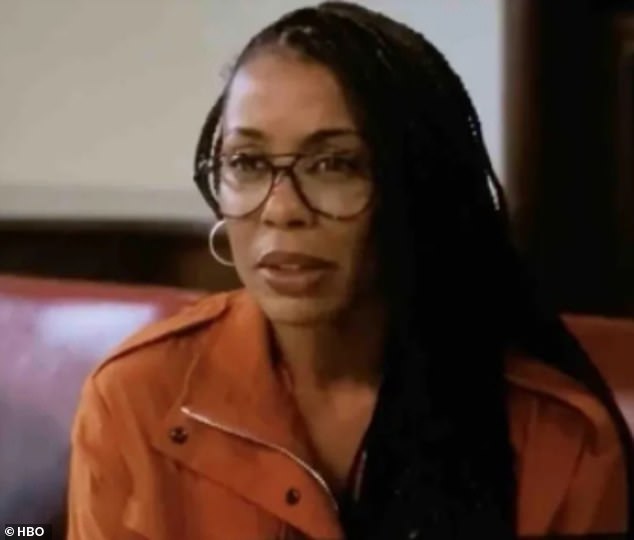 Meghan says that the new HBO Max show is simply a ‘misguided, woke reboot of ‘Sex in the City’

Miranda, played by Cynthia Nixon, comes off as inadvertently racist and old when she expresses shock over the hairstyle of her college professor.

When she tries to clean up her mess it gets worse.

‘A law professor can’t have hair like mine? Why is that?’ asks the self-righteous educator.

‘My comment had nothing whatsoever to do with it being a black hairstyle. I, I knew that you were black when I signed up for this class. That was important to me,’ she rambles, as the camera pans across the shocked faces of the other students.

‘You signed up for this class because I’m black?’ responds the professor in a cruel hypothetical.

It gets more cringy from there. But the point is — Miranda is hopeless.

It’s as if the show is going out of its way to say every generation Xer from ‘Sex in the City’s’ past is problematic and needs modern redeeming.

The supporting cast exhibits commendable racial and identity diversity, but we don’t learn much about their characters.

It’s almost if they were written into the script to satisfy the PC censors.

There is a way to execute important cultural messages without it feeling like it is being force-fed, and this show — unfortunately — really, really fails at that.

It is wokeness superficially shoved down your throat to make a point about wealthy white liberal women ‘evolving’ into the political climate of 2021.

Like so much of the fallacy I find in modern liberalism in major cities, these characters seem to encompass the absurdity of some progressive, woke white women.

I couldn’t sum it up even better than The New York Times’ review which noted that ‘the whole production feels as if it speed-read How to Be an Antiracist in June of 2020’.

Above all else, and most importantly, it is not fun at all. Not even a little bit.

Not even the fashion, which comes across more like a costume-party than the fun frivolity of the original show. 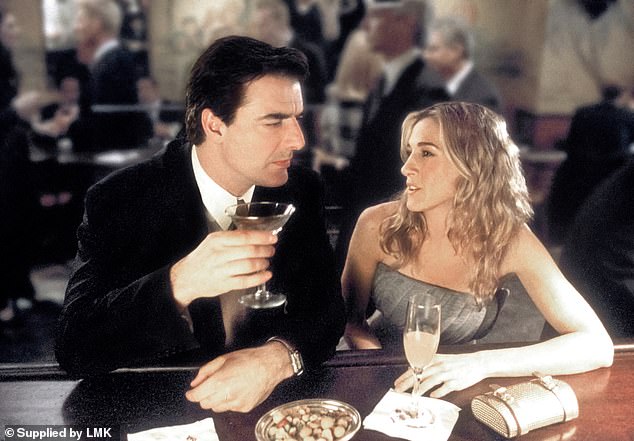 Sarah Jessica Parker is an iconic actress and is still wonderful embodying the character of Carrie (pictured here with actor Chris Noth) who plays Mr. Big

It is morose and (spoiler alert), the sudden death of Mr. Big on a Peloton in the first episode, followed by his funeral, is extremely depressing and confusing.

The only way it makes sense (and I can only speculate) is that it was written into the script to kill off anything left of the original that we loved so we can move fully onto this new chapter of modern misery.

Which will be a pity because the only reason I am sitting here writing this or choosing to watch the show was because of how much I loved the original.

The show is also deeply hurt by the absence of Kim Cattrall as Samantha Jones, who was always my favorite character on the show.

I believe she could have brought some of the levity that is missing, and dare I say, even a few jokes of which there were very few in the first two episodes.

And there is also no sex whatsoever, except for a story about Miranda’s teenage son and his girlfriend, which is not something I think anyone wants to see or hear about. ​

It is awkward, clumsy, and just gross to hear a mother joke her child’s sex life over brunch.

I am not big on reboots in general and I am always grateful for shows like Seinfeld, which have resisted the urge of a giant paycheck to come back. Some things are really meant to be cultural moments in time and to stay there.

We are living in one of the most repressive and anti-free speech moments in modern times. There is a palpable paranoia in our art and comedy. Shows and actors (with a few glaring exceptions like Dave Chapelle) are clearly concerned about angering the wrong people, being politically incorrect or not sufficently progressive.

This is not a way to create fun or impactful entertainment.

Wokeness kills everything and I am disappointed to tell you that ‘And Just Like That’ is another victim of Hollywood trying to placate a specific audience and not the original one, which was made it a hit in the first place.