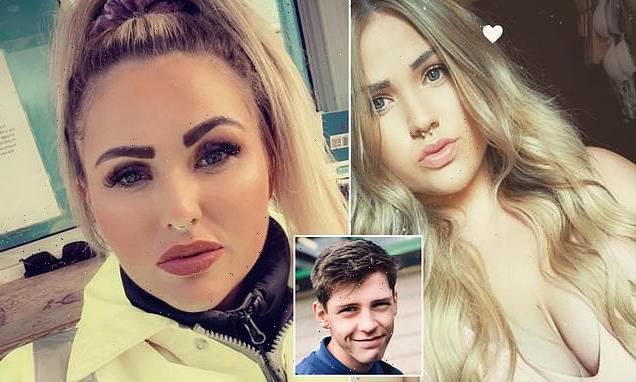 Driver, 22, who killed moped rider, 17, after ploughing into him at 60mph while she counted £100 in notes from a cleaning job is jailed for five years

A young woman driver who was counting £100 in notes behind the wheel when she killed a teenager on his moped has been jailed for five years.

Chantelle Gleave, 22, was driving at 60mph with broken headlights when she ploughed into A-level pupil Ethan Ross, 17, on the A55 eastbound near St Asaph, Wales, on September 14.

Ethan, who was on his way home from his part-time job as a waiter, tragically died of his injuries and his family went on to donate his organs to save other lives.

Gleave had been counting the notes after being paid £100 to help a friend clean out his flat on the tragic night.

Today at Mold Crown Court, Judge Rhys Rowlands jailed her for five years after she admitted dangerous driving, with a seven and a half year driving ban upon her release.

He added that the case was one of the ‘saddest he had ever heard.’ 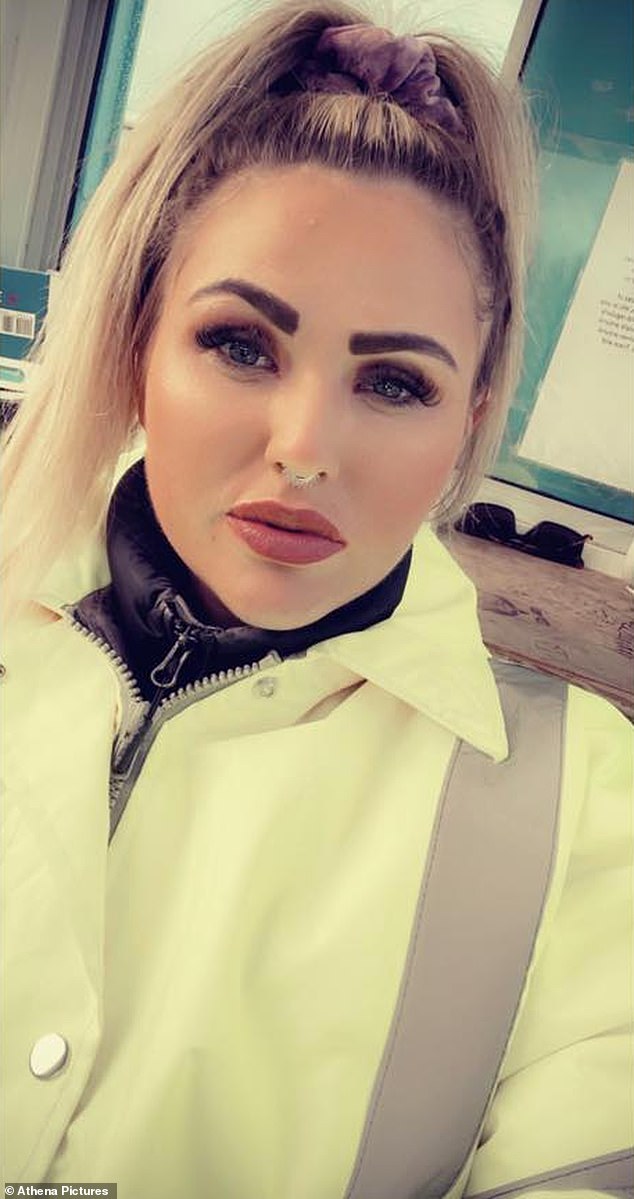 Chantelle Gleave, 22, who killed Ethan Ross after crashing her car into the back of his moped near St Asaph, Wales, while she counted her wages at the wheel, has been jailed for five years

Ethan was on his way home from a shift as a waiter at Bodelwyddan Castle – a trip he had safely made many times. The court heard his last words to his mother Helen earlier that evening were: ‘See you later, I love you’ before riding off on his moped.

Gleave, of Shotton, North Wales, was on her way home in her Vauxhall Astra. Her headlights weren’t working but she put on foglights in September last year.

She had started counting the £100 in £10 notes which were to her left on the central console or front passenger seat.

Just before 10pm, she came up behind the moped which had been overtaken by at least four other drivers. Ethan had been going at 29mph, just under his permitted 30mph.

But Gleave, travelling at about 60mph, collided with the moped. The impact knocked off rider Ethan. He suffered a catastrophic brain injury and died two days later in hospital. 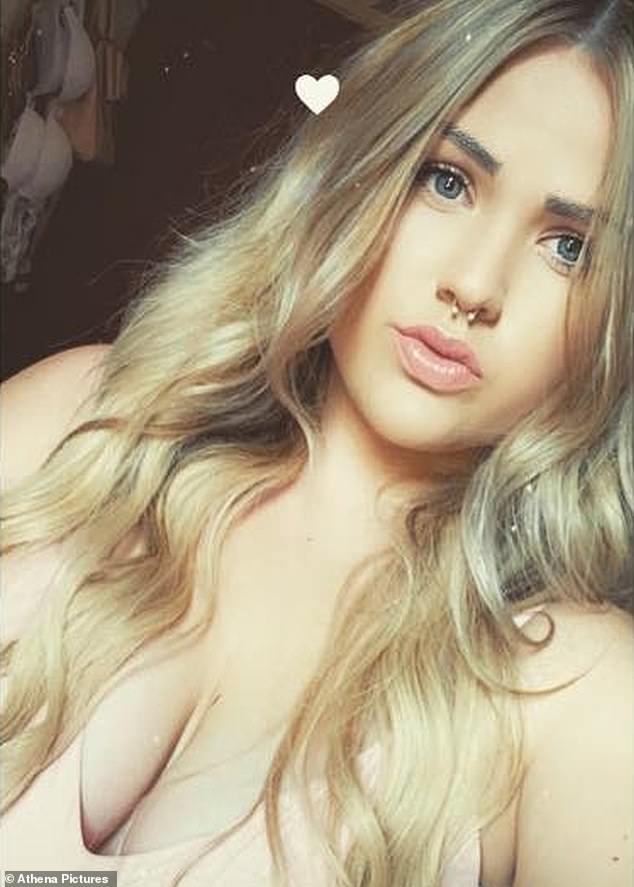 Gleave, 22, of Shotton, Flintshire, was driving at 60mph in the dark, with two broken headlights, when she ploughed into the back of Ethan Ross

A court heard Gleave told an off-duty police officer: ‘I was looking down to the side, counting the money, and when I looked up he was just there in front of me and I hit him.

‘I didn’t see him. He was going so slowly. I didn’t have time to stop.’

In an emotional victim impact statement, Ethan’s mother Helen Ross told of her horror of the events that day and afterwards.

While her son was airlifted by helicopter to hospital in Stoke, she and Ethan’s dad Paul had to follow by car.

In intensive care, she had said: ‘He was so still, with machines and wires everywhere. I said ‘No that’s not my boy’. I wanted to squeeze the life back into his body.’

Simon Mills, defending Gleave, said of her driving: ‘She had foglights. I accept they were not adequate but it’s not that she was driving an unlit car.’

Mr Mills said the defendant had been ‘very seriously negligent’ but she had shown some remorse. 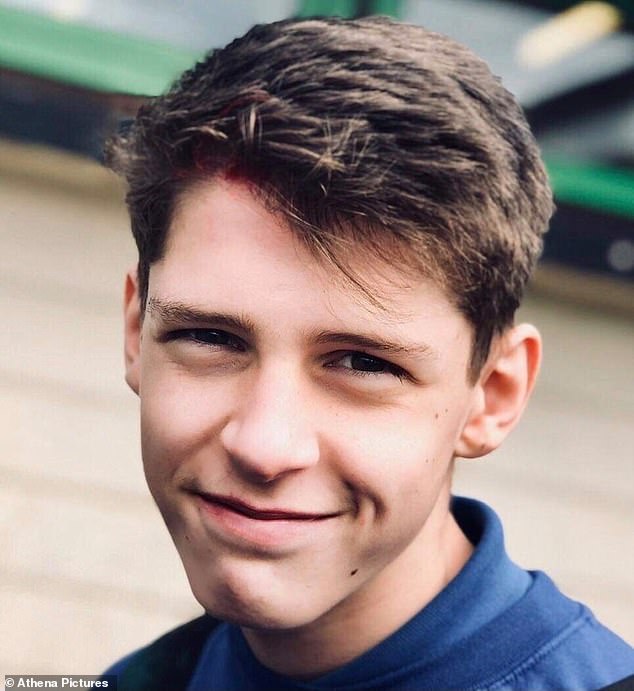 A-Level pupil Ethan Ross, 17, was airlifted to hospital, but died two days later of a catastrophic head injury. Judge Rhys Rowlands told pregnant Gleave that she had ‘decimated’ a family.

Gleave became pregnant after being arrested – knowing that she may face charges for causing death by dangerous driving. The baby is due in April

She recognises the ‘devastation she has caused and has flashbacks’ after the tragedy on the A55 at St Asaph.

The court heard she had bought replacement headlight bulbs but could not afford to get them fitted at Halfords.

Mold Crown Court heard Gleave had become pregnant after being arrested – knowing that she may face charges. The baby is due in April.

Judge Rowlands told Gleave that using only foglights, which the court heard didn’t travel as far, had been ‘grossly irresponsible’.

He said: ‘There’s no sentence I can pass which will go anywhere near reflecting the loss of Ethan.’

Parents Helen and Paul Ross said: ‘We are all totally devastated and our hearts ache so very much for the loss of our beautiful, selfless, kind, caring, determined, quiet, gifted, Chelsea FC loving son.

‘He made us burst with pride every single day.’

They added that Ethan was able to donate his organs and ‘give the most precious thing of all, a gift of life to others.’

Ethan’s mother said she last saw her son when he left their house to start a double shift as a waiter at a castle restaurant.

Ethan’s organs were donated after his death and his mother said her son ‘has helped so many’ lives.

The family has been contacted by the woman who has received Ethan’s kidney after waiting for years for a transplant.

‘It just means we can tell everybody about Ethan and keep him alive,’ said Mrs Ross. ‘He will never be forgotten’.