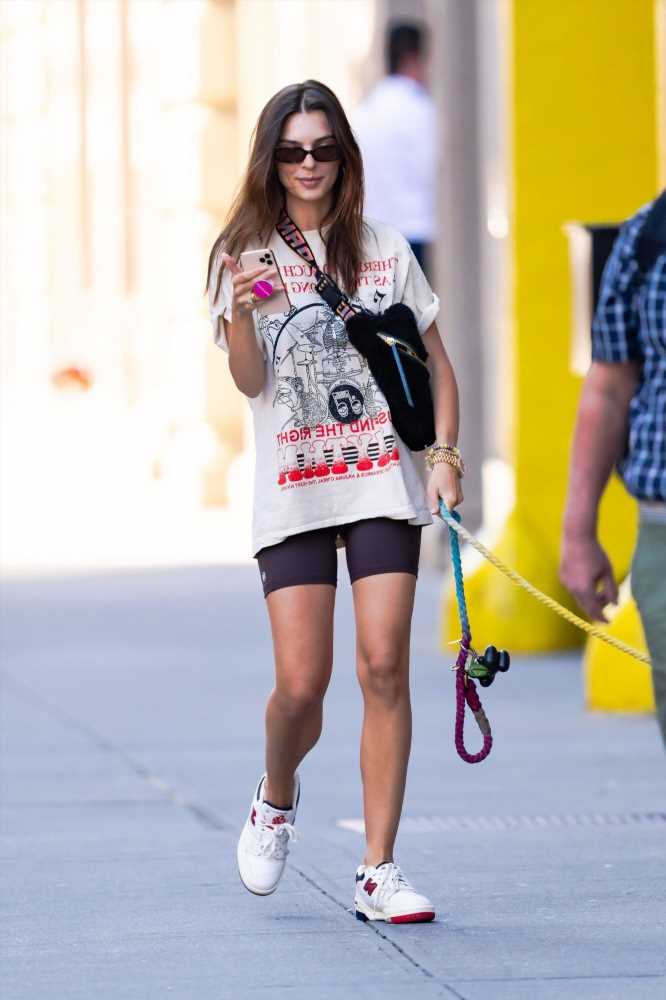 Supermodels have been keeping us on our toes with what normie sneaker they're going to start wearing next. It always feels disarming to see Emily Ratajkowski or Katie Holmes running around the city in a pair of beat-up Adidas or Reeboks, because these shoes are something that so many of us own, and wear on the regular. Of course, they often pair theirs with thousands of dollars worth of accessories. The most recent supermodel sneaker that's rising in popularity though, is likely the most shocking, the notoriously dadliest of all dad sneakers: New Balance.

New Balance sneakers are not necessarily known for being cool. They're actually known specifically for being the opposite. They're the type of thing you see dads wearing while on vacation. But celebrities have taken a liking to them, and honestly, we'll never be able to look at them the same again.

But the thing about trends like these, on pieces that we normally would only buy out of necessity, and on a normal day wouldn't look twice at, is that it's hard to justify spending too much. That's the whole point of Dad sneakers! They're supposed to be affordable. Thankfully, Amazon has marked down so many pairs of New Balance sneakers for Cyber Week, and some are even under $50. Even the 574 sport sneakers that EmRata was recently seen wearing, are marked down to $72. So now we don't need to look or think twice, just buy a pair. Considering celebrities seem to be adopting a new unexpected sneaker and then wearing them on repeat, every couple of months, the New Balance craze will no doubt be sticking around for some time. Essentially, trends continue to be cyclical, and Dad shoes are seriously cool again. Instead of questioning it, we're going to indulge in the Cyber Week sale on Amazon, and stock up on a couple of pairs.

If you're unsure how to wear the sneakers outside of an airport or gym setting, just look at Ratajkowski. She's worn hers with oversized puffer jackets, big satchels, and leopard hats. If you scroll through a couple of fashion editors' Instagram feeds, you'll likely also find them dressing up New Balance with an over-the-top Ganni dress. The shoes are far more versatile than our dads lead us to believe.