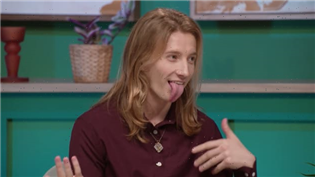 90 Day Fiance: The Other Way has officially concluded its third season.

The Tell All special aired on Sunday, December 5, oddly not premiering on Discovery Plus until the afternoon.

Ariela and Biniyam were there together, discussing a lot of family drama.

Sumit and Jenny had plans to reveal their marital status to Sumit's parents for the first time.

Steven had some painful confessions, and Alina was begged on air to leave him before he repeats this behavior.

Victor and Ellie made up, in part, for a lackluster storyline by serving great face at the Tell All.

And then Hiromi came out and reminded everyone that Ellie has sensible people in her life.

Kenneth and Armando had a lot to discuss, and their entire extended family was brought into it.

Corey was on "thin ice" going into this, Evelin said. During the Tell All, that ice began to crack.

Take a look at this detailed recap below:

2.Steven Johnston is bracing himself

4.Corey is still on thin ice

6.Shaun's face says it all

8.BUT they have big news

9.Steven "jokes" that he's the worst person in the room

10.Shaun asks Steven if he stopped messaging other girls

11.Steven chatted with NINE girls a WEEK ago

12.Steven even sent his own pics

13.Alina is all too aware

14.Steven was warned about this

15.Why did this happen yet again?

18.Corey backs him up

19."One time, Nelson Mandela was asked if he was a saint"

20.Whatever they're paying Shaun, it can't be enough

22.Vanessa was at the Tell All

23.Vanessa encourages Alina to walk away

25.Steven tries to turn this back on her

26.This is all so hard on Alina

28.Ari is a bit more direct

29.On to Jenny Slatten and Sumit Singh

30.They haven't told his parents yet

31.Sadhna and Anil tune in

32.Sumit's brother and his sister-in-law are also there

33.During Season 3, Sadhna and Anil seemed to come around

34.Sumit witnessed the change in attitude in real time