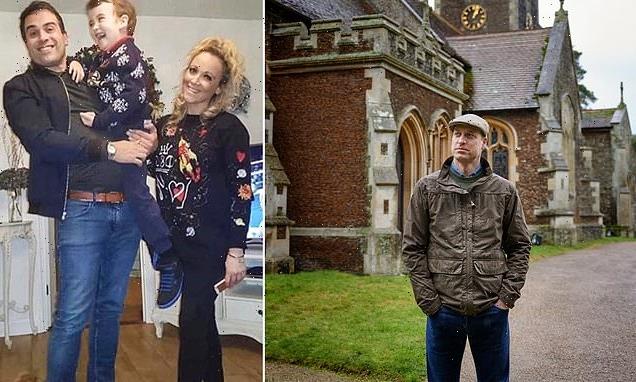 ‘I kept asking myself: Why am I so sad?’ With unprecedented candour, mental health campaigner Prince William reveals how the stresses of life as a rescue pilot sparked an episode of dark despair

When Prince William’s air ambulance team was scrambled in March 2017, the details given to the team were scant.

The crew was expecting a minor injury case, but within moments of landing they were fighting to save the life of a little boy left seriously injured after being hit by a car.

While William is careful in his podcast not to identify the child, the parents of Bobby Hughes, who was five at the time of the incident, last night told The Mail on Sunday that they believe it involved their brave boy.

In his most powerful intervention to date in the debate over mental health provision, William reveals how the shock of Bobby’s case remained with him and, weeks later, sent him into a state of deep distress.

‘I went to this one job. And it wasn’t very far,’ he says. ‘The maximum we flew was 15 minutes. And that was the great thing – you get the aircraft out as quick as you can. It was a short distance.

‘I still remember the crew who were on, great mates of mine. We had a paramedic and a doctor on and another pilot flying with me. And the call we get is very brief, not very detailed. So we were expecting a minor injury case. 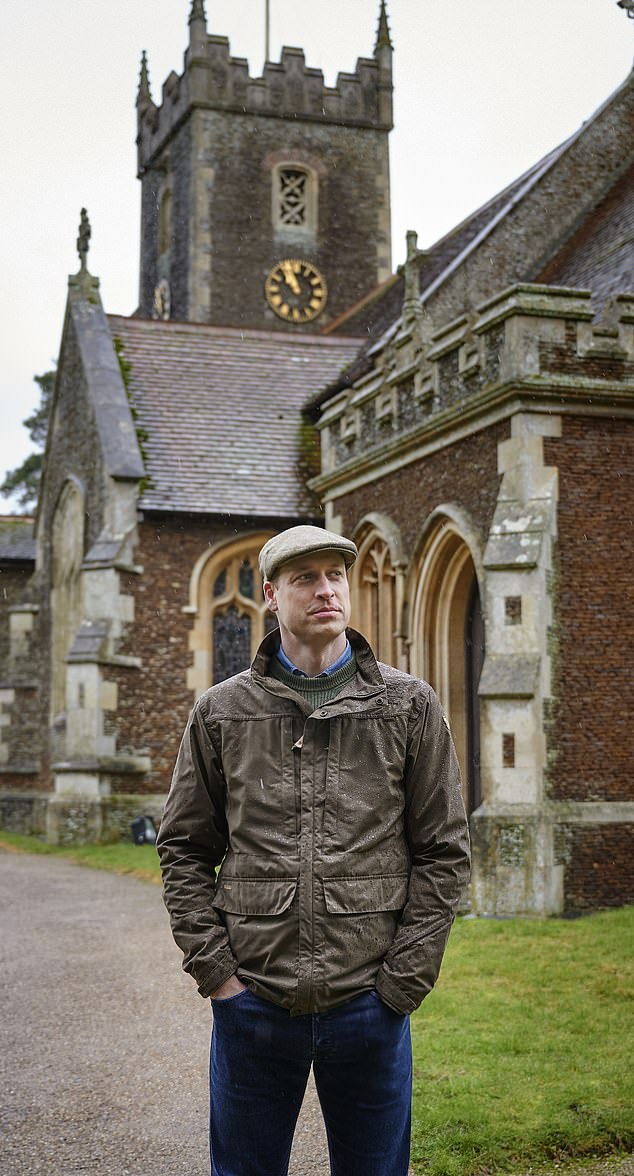 While William is careful in his podcast not to identify the child, the parents of Bobby Hughes, who was five at the time of the incident, last night told The Mail on Sunday that they believe it involved their brave boy. Pictured: William’s appearance on Time to Walk

‘Immediately it became clear that this young person was in serious difficulty, sadly been hit by a car. And, of course, there are some things in life you don’t really want to see.

‘And all we cared about at the time was fixing this boy. And the parents are very hysterical, as you can imagine, screaming, wailing, not knowing what to do, you know, and in real agony themselves. And that lives with you.

‘But our team got to work, and they stabilised the boy, and then it was a case of getting him out of there and into hospital. It all happened very fast. And we had the patient there in under an hour. It gives the patient the best chance of survival.

‘I went home that night pretty upset but not noticeably. I wasn’t in tears, but inside I felt something had changed.

‘I felt a sort of, a real tension inside of me. And then, the next day, going back in again to work, you know, different crew. On to the next job.

‘And that’s the thing, you’re not always all together.

‘So then you can’t spend a day processing it.

It was some time later that the emotional impact of Bobby’s ordeal sent William into a state of mental anguish. ‘It really hit me weeks later,’ he recalls. 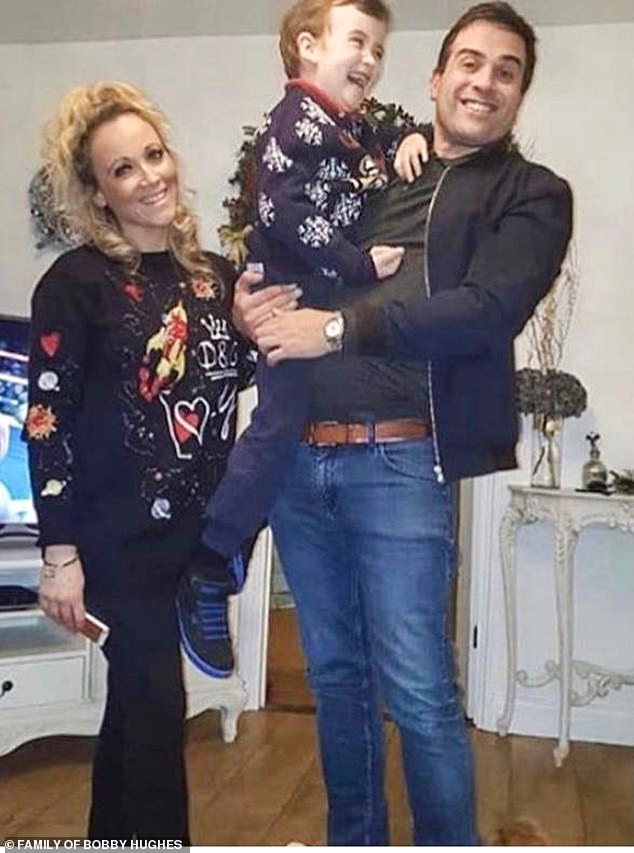 It was some time later that the emotional impact of Bobby’s ordeal sent William into a state of mental anguish. ‘It really hit me weeks later,’ he recalls. Pictured: Bobby Hughes and his parents

‘It was like someone had put a key in a lock and opened it without me giving permission to do that.

‘I felt like the whole world was dying. It’s an extraordinary feeling. You just feel everyone’s in pain, everyone’s suffering.

‘And that’s not me. I’ve never felt that before. My personal life and everything was absolutely fine.

‘I was happy at home and happy at work, but I kept looking at myself, going, ‘Why am I feeling like this? Why do I feel so sad?’

‘And I started to realise that, actually, you’re taking home people’s trauma, people’s sadness, and it’s affecting you. But I can’t explain why I had that realisation what was going on because a lot of people don’t have that realisation.

‘And that is where you can slip unnoticed into the next problem.

‘I think, until you’ve been through it, it’s hard to understand.

‘I was lucky enough that I had someone to talk to at work in the Air Ambulance because mental health where I was working was very important.

‘Talking about those jobs definitely helped, sharing them with the team, and ultimately, in one case, meeting the family and the patient involved who made a recovery, albeit not a full recovery, but made a recovery.

William attended the scene during his time as a pilot for the East Anglian Air Ambulance service between March 2015 and July 2017. Four years after rushing to Bobby’s aid, William says he is marked by memories of the day.

‘It even makes me quite emotional now,’ he says. ‘When they come in and say thank you, and, ‘Here he is. He’s OK.’ It’s… you know, it still even affects me now.

‘But I think, as a human being, when you see someone in such dire circumstances, basically at death’s door, you can’t help but be affected by that.’

His very personal experience puts his recent work – to raise awareness of the mental health of emergency service workers – into context. 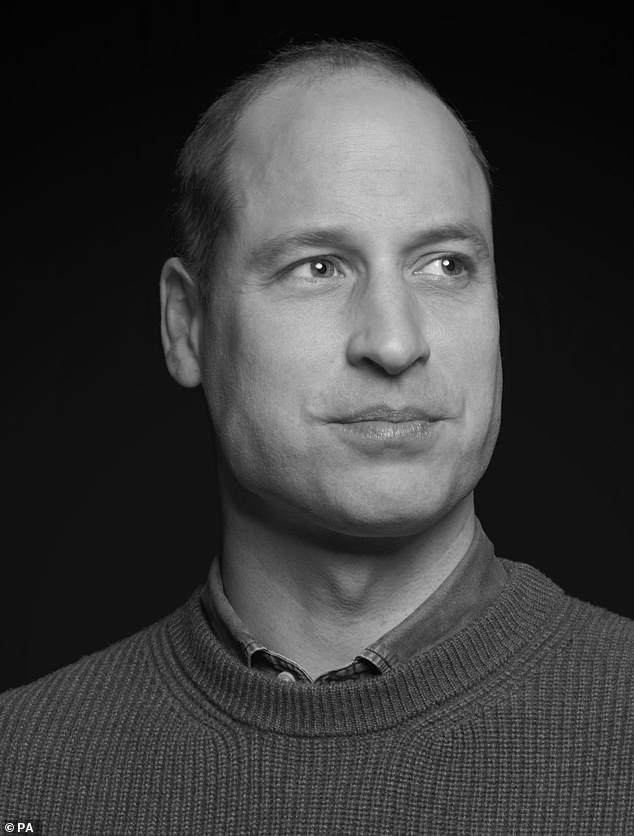 His very personal experience puts his recent work – to raise awareness of the mental health of emergency service workers – into context. Pictured: William in a photo used for the Time to Walk campaign

During an event at Kensington Palace last month, the Duke said that he had found cases involving children much harder to cope with since becoming a father.

His eldest child, Prince George, was three when Bobby was injured.

Speaking to emergency care assistant Chloe Taylor and paramedic Will Parish at the event, William said: ‘In the air ambulance, any job I went to with children, that really affected me, much more than I think if I hadn’t had children actually.

‘So, for me, it was the relationship with my personal life with essentially the family or the incident I was at – I found that very difficult.

‘There were a number of times when I had to take myself away because I was just getting too involved in it and feeling it.

‘And then I’d go to talk to someone else after the event, which was really important, but it continues, it doesn’t really leave you there – you just manage it better.’