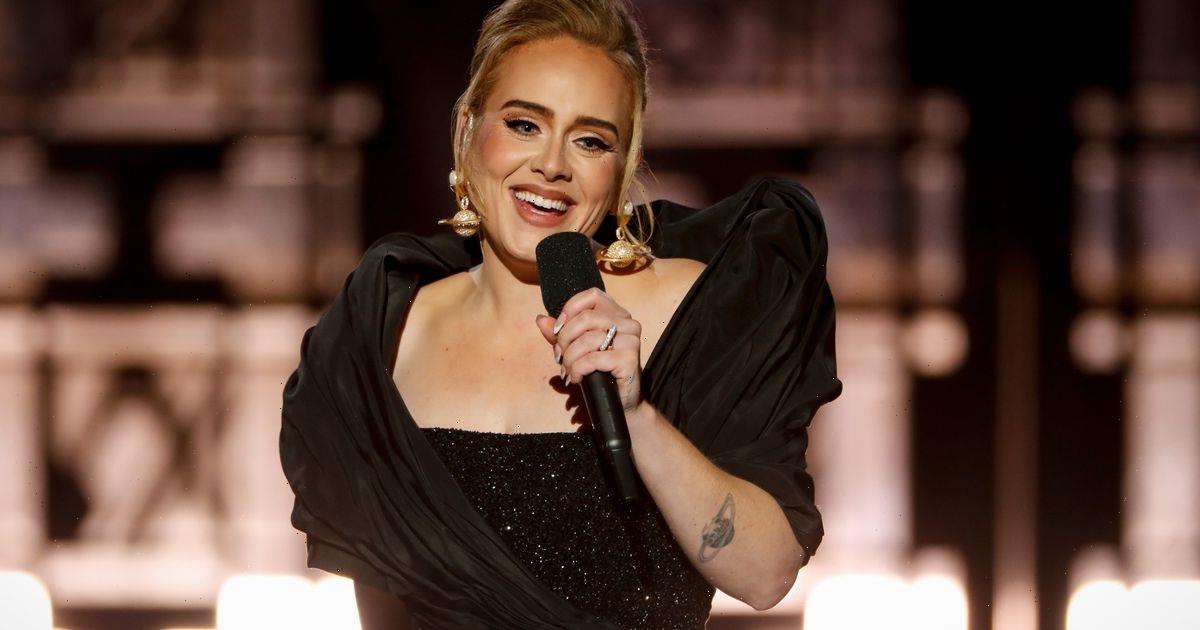 The run-up to Christmas is an excuse for many of us to start guzzling more booze. So as well as spending time on pressie lists and cooking schedules for the big day, it might be worth working out our drinking game plan for the festive season too.

We've all been there after an evening of pinots and those last-minute shots – that sudden wake-up, drenched in sweat, heart pounding, feeling sheer panic about what may have happened the night before.

And it seems like Adele has too. In her cover interview with British Vogue, the star discussed her relationship with alcohol. “I was falling out the back door of the bar rather than falling out of the front," she said. “I remember I woke up with the worst hangover. Hangxiety, I call it.”

"Alcohol is a sedative. It slows down brain activity and aids a warm, glowy, relaxed feeling by increasing dopamine and serotonin," explains east London GP Dr Zoe Watson. "And as our brain processes slow down, our memory can become impaired.

"When you drink heavily, your clever brain tries to adapt. It does this by increasing neurotransmitters glutamate, dialling up the excitatory system, and blocking GABA (gamma-aminobutyric acid) dialling down inhibitions.

"Unfortunately, as soon as you stop drinking, you're left with too much glutamate and not enough GABA – causing jitters, irritability and anxiety. This is when The Fear sets in."

Combine these with alcohol's physical side-effects – dehydration, headaches, sleep loss and increased heart rate – and you're going to feel worse for wear. Here's how to give beer fear the boot…

The night before spacer drinks

The simple answer to tackling beer fear is to drink less – but that's not always simple. Dr Watson, creator of the Wellgood Wellbeing platform, suggests having "spacer drinks" – breaking up your alcoholic drinks with non-alcoholic alternatives.

You might find it easier making a pact with a friend to do the same. Dr Watson recommends ending your evening on a spacer drink, too, to rehydrate before falling asleep. The NHS recommends a maximum 14 units of alcohol per week for women and there can help you control your drinking on a night out. Drink-Free Days in particular is popular.

Happy Healthy Sober author Janey Lee Grace says, "It's all about keeping the ritual and changing the ingredients. Keep the 'ritual' of meeting a friend for a drink but make it alcohol-free. Try artisan tonics, fermented kombucha – an alternative to sparkling wine – or a 0% beer."

Alcohol is high in sugar – fact. Navit Schechter, a CBT therapist and founder of Conscious & Calm, says, "Caffeine and sugar may give us a boost in the short term but can cause havoc with our sleep and feelings the next day. Drinking on an empty stomach puts a strain on the body."

Dairy products such as milk and yoghurt are great stomach liners, whereas salty snacks such as crisps and nuts will dehydrate you further.

Stop the waves of hangxiety by shifting focus from the night before (dancing on tables, anyone?) to the present. Kristy Lomas of kimobileholistics.com suggests the 54321 method.

Rid your brain of negative thoughts the morning after by embracing the three Ps, says solution-focused psychotherapist Gin Lalli. The first P is Positive Activity, such as "a brisk walk to get serotonin flowing in your brain again". The second is Positive Interactions. "Be around people who make you feel good. Even a pet that makes you happy," suggests Gin.

Once you've ticked off those two positive actions, you'll find they have a knock-on effect and encourage your third and final P – Positive Thinking.

Rochelle Knowles, founder of Mindful Eyes Coaching, suggests blowing the cobwebs away with some cold water therapy the morning after. She says: "Run yourself an ice bath or cold shower. Cold water helps to release the toxins from your body as well as boosting your feelgood hormones."

When we wake, our blood sugar levels drop. We then crave carbs – usually in the form of junk food. Swap coffee for an oral rehydration solution and try eating vitamin B-rich wholegrains, such as wholemeal toast with an egg. "Egg contains choline, which is needed in the detoxification process," explains nutritionist Deborah Walker.

"Alcohol causes dehydration so it's essential to replace lost fluids. Just ignore anyone who says to try 'hair of the dog'. It doesn't work."

Find out more about Deborah’s nutrition work at passporttochange.co.uk