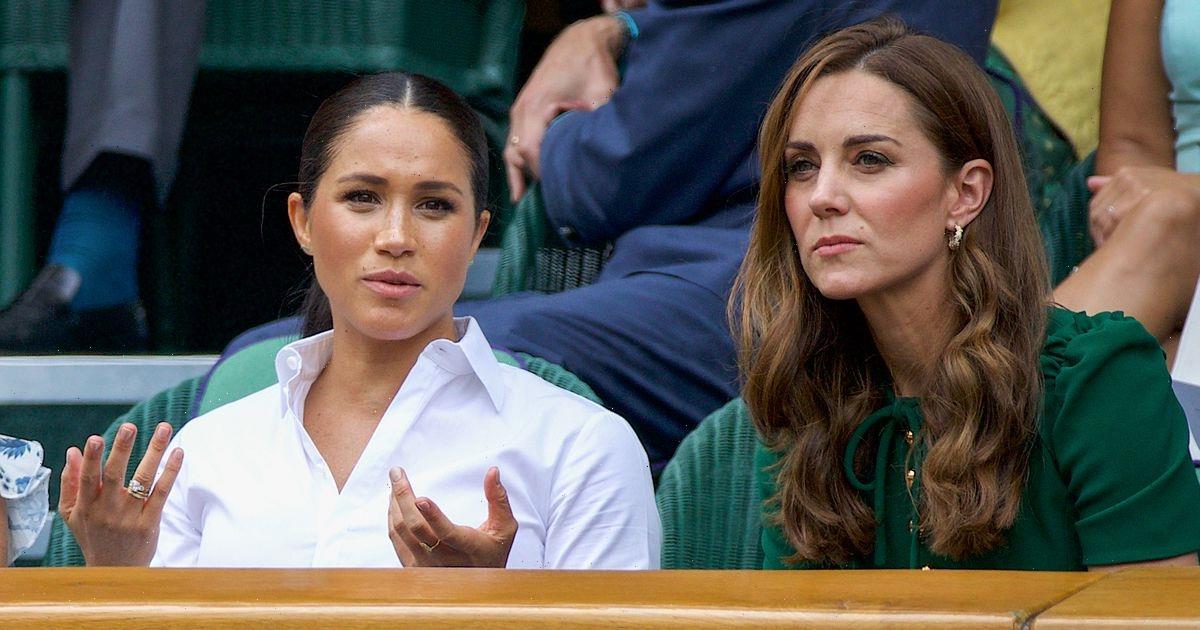 Kate Middleton was reportedly left in tears after confronting Meghan Markle over allegations she was "rude to staff", Kirstie Allsopp has claimed.

Meghan was previously accused of "bullying two personal assistants out of Kensington Palace", but has vehemently denied the claims.

A spokesperson for Meghan and husband Prince Harry previously said the Duchess was "saddened by this latest attack on her character, particularly as someone who has been the target of bullying herself and is deeply committed to supporting those who have experienced pain and trauma.

"She is determined to continue her work building compassion around the world and will keep striving to set an example for doing what is right and doing what is good".

Buckingham Palace later launched an investigation into the allegations, which is yet to be concluded.

There were also reports of an argument between Meghan and Kate in the run up to her wedding in 2018, where Kate was said to be "left in tears" over flower girl dresses.

But Meghan later insisted, in her explosive interview with Oprah Winfrey, that "the reverse happened" and she was the one left crying following the argument with Kate.

She told Oprah earlier this year: "She was upset about something. She owned it and bought me flowers."

Kirstie has strong connections to the Royal Family as her mum Lady Fiona Hindlip, who died in 2014, was a close friend of Camilla Parker Bowles.

Kate at 40: A Thoroughly Modern Duchess

In this special collector's edition of OK!, we take a look at the Duchess of Cambridge's rise to become one of the most loved and respected members of our Royal family.

Ahead of her milestone birthday, we reveal all about Kate's loving childhood, delve into the secrets of her happy marriage to Prince William and discover what Kate is really like off-duty – from her passion projects to her parenting style.

With the help of royal experts, we celebrate the most iconic moments of Kate's life in the spotlight, and reveal what surprises could be in store as she turns forty in style…

Available in store now and online at www.ok.co.uk/katespecial for only £4.99.

TV star Kirstie, 50, told the Telegraph: “Kate never ever loses her temper, but she found out Meghan was being rude to staff at Kensington Palace and she was angry with her.

“Then, Kate burst into tears because she’d lost control and she did take Meghan flowers to try and patch things up.”

It comes after Meghan's lawyer recently slammed bullying claims in a recent BBC documentary, The Princes and The Press.

Meghan's lawyer Jenny Afia said in the programme: "The overall allegation was that the Duchess of Sussex is guilty of bullying. Absolutely not.

"The first thing is to be really clear about what bullying is. What bullying actually means is improperly using power deliberately and repeatedly to hurt someone physically or emotionally.

"The Duchess of Sussex has absolutely denied ever doing that. That said, she wouldn't want to negate anyone's personal experience."

For the latest on Kate and the Royal Family, sign up to OK!'s daily celebrity newsletter