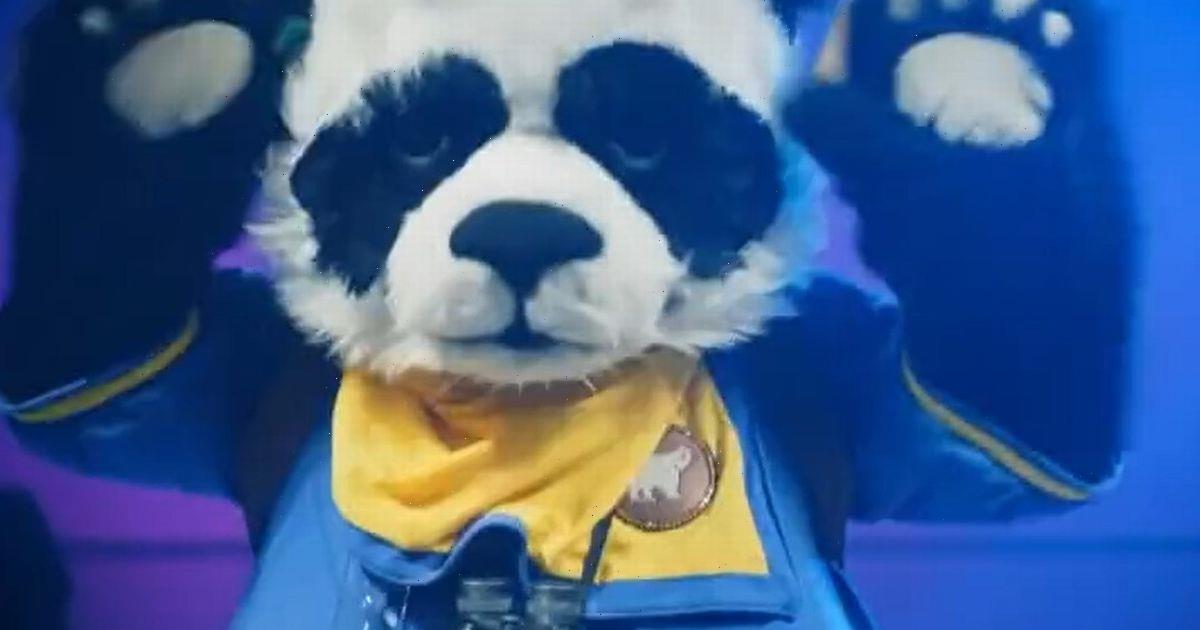 Fans of The Masked Singer UK are already throwing guesses at who could be under the costumes – and many are already pretty convinced over the panda.

The post was finished with emojis of a firework, lightbulb, a panda, a penguin, traffic lights and a donut.

The video began with a contestant dancing in a flamboyant red, yellow and orange costume, covered in spikes with a dark blue bodice and a gold skirt.

The next celebrity was dressed as a chandelier, complete with beaded dress and blue flame hat, poses for the camera before moving on to the next. This time, a fluffy panda played peekaboo whilst wearing a blue hat, overalls and a pair of binoculars.

The next contestant was dressed as a giant penguin wearing yellow fishnets, pink knee high boots and giant yellow eyebrows while another is wearing a cartoon traffic cone suit.

Finally, a huge donut suit with cartoon eyes and giant teeth flashed on the screen before the Masked Singer logo appears.

One Twitter user replied to the video post with an interesting observation as they threw their hat in the ring already.

They posted a screenshot of the panda with an arrow pointing toward the yellow hammer badge on it’s overalls, captioned: “I was looking at the patches of the Panda, which may have clues to the celebrities, there was a patch of a hammer which makes me think…Nick Knowles as 'Panda'?”

One observant follower made a good point: “But what about the binoculars???”

TV host Nick Knowles is best known for his television show DIY SOS, which has been broadcast on BBC One since 1999. The home makeover show sees Knowles renovate and rejuvenate houses for members of the public, hence the hammer on the panda’s suit.

Another fan had some ideas of their own about who could be behind the mask, tweeting: “Could be a former West Ham player/manager… the hammers.”

Sadly, fans will need to wait a little longer to find out who is under the mask, with the show expected to start in early 2022.

The show pulled in over 10 million views at its peak during last season and is due to return to our screens in 2022 with judges Davina McCall, Rita Ora, Mo Gilligan Jonathan Ross and host Joel Dommett.