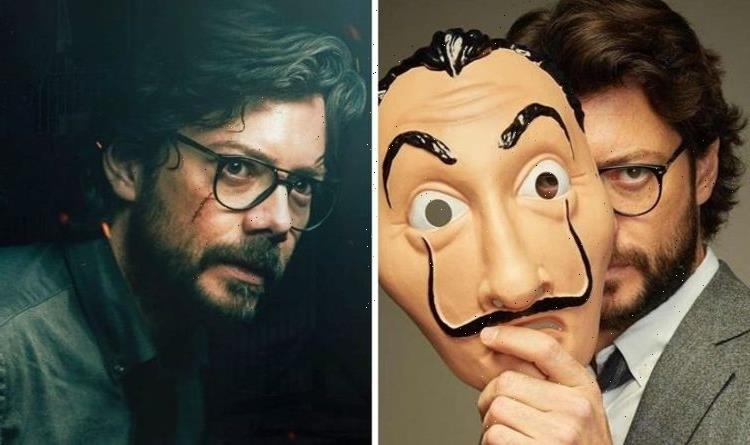 Many Netflix subscribers were distraught when it was announced the ongoing fifth season of Money Heist would be its last. Split into two halves of five episodes, the last chapter will bring the Professor (played by Álvaro Morte) and his band of robbers’ story to an end, but could the team have managed one more job before saying their goodbyes?

Spanish star Álvaro recently touched on whether Netflix made the correct decision to end Money Heist with its fifth season.

The international hit has become one of the streamer’s biggest shows, but the main story will conclude with the remaining five episodes this Friday.

Thankfully, the story will indeed continue with the newly announced spin-off based on Berlin (Pedro Alonso) coming to screens in 2023.

Even so, fans will be sorry to see the thrilling crime drama go.

Speaking at a recent press event, Álvaro admitted he felt it was the right decision to end with five seasons.

“The show is coming to an end when it had to come to an end,” he said. “It’s the perfect time.”

Álvaro also felt Money Heist had gotten the most out of its colourful cast of characters, even though his co-star Pedro will eventually return as Berlin.

He continued: “We cannot squeeze the characters anymore, we’ve taken the best from them and I think it’s a really smart decision to stop here.”

Berlin’s spin-off will return to his origins before joining his half-brother the Professor on his wild schemes inside the Royal Mint and the Bank of Spain.

His prequel series could give the rest of the cast one more chance to reprise their iconic roles.

Even so, the show’s leading man believes the time is right to bring the Professor’s tale to its explosive conclusion.

However, he also admitted the world of Money Heist is still ripe with possibilities if series creator Álex Pina had decided to continue.

“We could have squeezed it a bit more,” he added.

“But we would have been running the risk of everything coming to shambles.

“So leaving at the peak is a present we give to our fans.”

Little is known about the final hurdle coming the Professor’s way in the second half of season five.

A dramatic teaser trailer has revealed the criminal mastermind being escorted by the Spanish police into the bank to join his comrades.

Meanwhile, Denver (Jaime Lorente), Rio (Miguel Herrán) and the rest of the robbers are still reeling from the tragic death of their teammate Tokyo (Úrsula Corberó).

Season five could end with even more bloodshed, but hopefully the Professor can defy all odds and get away with the crime of the century.

Money Heist season 5, part 2 will be released on Friday, December 3 on Netflix.