Steven Spielberg already had contributed several cinematic milestones before he brought dinosaurs back to life in 1993’s Jurassic Park. That movie, of course, takes place at a dino-centric theme park. And especially since Spielberg was inspired to make the movie by a theme park attraction, it makes sense that he also gleaned a bit of influence from none other than Walt Disney. Here’s how Disney played into Jurassic Park. 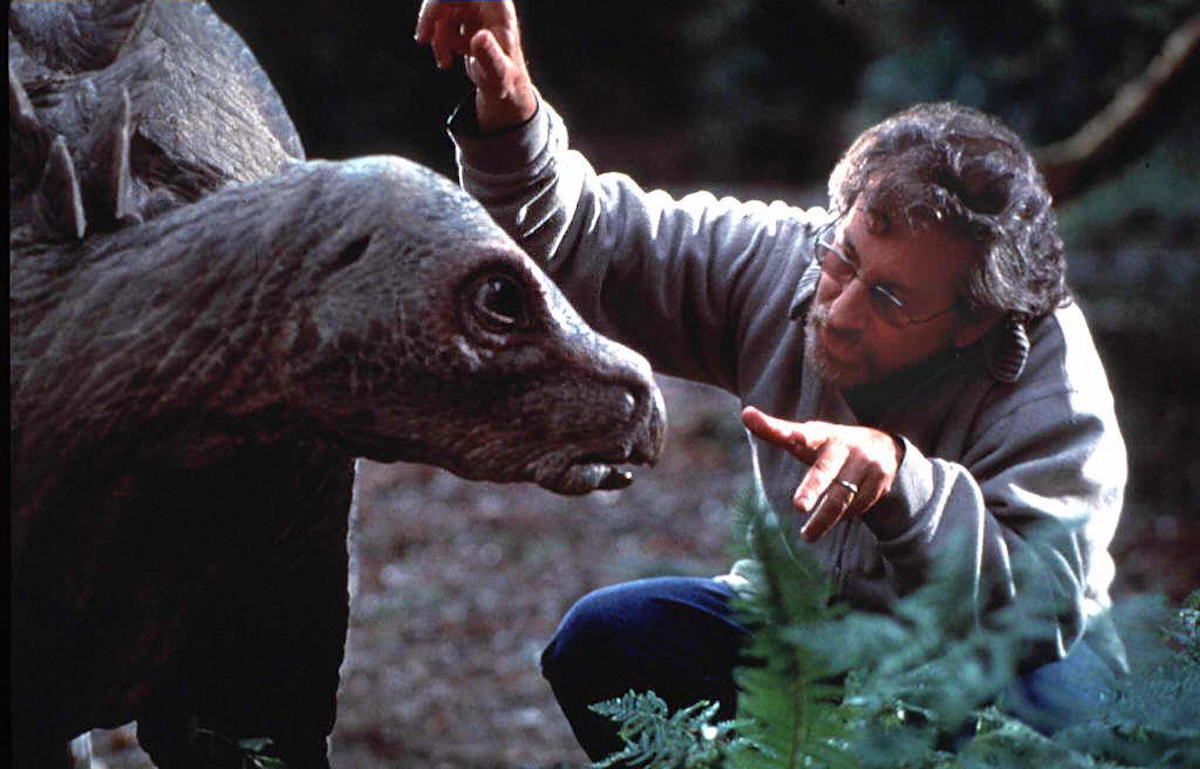 Jaws, Raiders of the Lost Ark, and E.T. the Extra-Terrestrial had all come and gone from theaters before Jurassic Park. Spielberg had already proven himself as one of the most successful directors of all time. And more than just an audience favorite, critics and awards bodies reacted just as favorably to his movies. How could any filmmaker — even someone as iconic as Spielberg — possibly hope to top himself?

As it turns out, the answer is adapting a Michael Crichton best-selling novel. Released on June 11, 1993, Jurassic Park became a pop cultural phenomenon. The film’s groundbreaking visual effects, iconic John Williams score, and unforgettable characters catapulted it to the top of that year’s box office. In the end, it earned over $1 billion worldwide, according to Box Office Mojo. And Spielberg walked away with $250 million.

Jurassic Park became a blockbuster hit beloved by moviegoers of all ages. But the movie is essentially a sci-fi thriller in the end. Spielberg tackles such heady themes as man playing god, the ethics and science, and animal conservation. So given the subject matter, the film might not seem it has anything to do with Disney. However, in an interview on the Jurassic Park DVD, both Crichton and Spielberg admitted the connection.

It comes in the character of John Hammond, played in the movie by Richard Attenborough. The wealthy industrialist is the one who conceives of a theme park filled with dinosaurs. And he is so blinded by his own ambition and power that he can’t even see the potential danger. Crichton and Spielberg said Hammond represents “the dark side of Walt Disney,” given the potential wonder the character aspires to create.

The complicated relationship between the awe of seeing dinosaurs brought back to life and the razor’s edge between this wonder and pure terror lies at the heart of Jurassic Park. And given the movie’s wild success, it stands to reason Spielberg would continue to revisit the franchise again and again. He returned to direct the 1997 sequel The Lost World: Jurassic Park and produced every subsequent film since then.

2018’s Jurassic World: Fallen Kingdom ends with the series’ central location destroyed and the dinosaurs roaming the Earth. So the Jurassic Park franchise is about to head into unfamiliar territory with the next installment, Jurassic World: Dominion. Set to unite the casts of the original film and Jurassic World, the movie releases to theaters on June 10, 2022. And it reportedly won’t be the last entry in the franchise either.