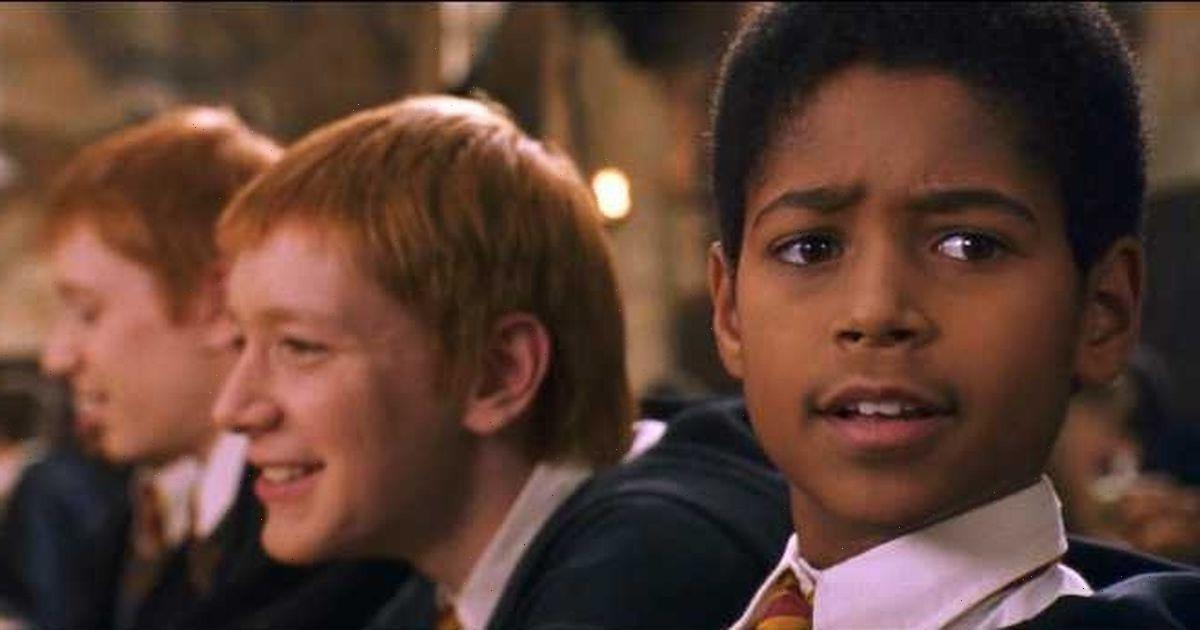 Harry Potter star Alfred Enoch – best known for playing Dean Thomas in the iconic Warner Bros franchise – has made a huge name for himself since the last Deathly Hallows film aired.

Purely based on his iconic roles in shows like How to Get Away With Murder, Sherlock and Foundation, you certainly wouldn’t think he was reluctant to audition for the first Harry Potter flick which released way back in 2001.

But he actually refused to audition at all for the films, as he reckoned he had no chance of making it into the cast.

Luckily for him – and us! – that all changed, and as the star celebrates his 33rd birthday on December 2, we delve into his life away from the cameras. Alfred actually has a very famous dad, who plenty of people in the UK will likely have heard of.

His father, William Russell, has starred in plenty of iconic small screen productions in Britain, and was one of the four original cast members in sci-fi series Doctor Who.

He went on to narrate several Doctor Who audiobooks and audio commentaries over the years. As well as his role in Doctor Who, William has also appeared in programmes like Heartbeat, Father Brown and The Black Adder.

He’s no stranger to Soapland, either, as he also appeared in BBC medical soap Casualty back in 1995 as Mo Meredrew, and in Coronation Street in 1992.

His character on the cobbles was Ted Sullivan, appearing in a respectable 46 episodes as a salesman for Cartwright’s Confectionary.

Ted quickly romanced Rita, but their love story was a doomed one as he was suffering from a brain tumour and eventually died in September that year. Alfred at first refused point blank to even contemplate auditioning for Harry Potter – the films that defined his career.

Speaking to former co-stars James and Oliver Phelps – who rose to fame as the Weasley twins – on their podcast Normal Not Normal, he explained: "When they came with the auditions, that was obviously massive, massive news.

"But despite the fact that I’d already done [a] play, I didn’t audition because I thought, ‘This is never gonna happen’. I had a couple of thoughts about [it], firstly I was like, ‘This is gonna be a massive, massive film. They’re not gonna cast any of you idiots!’

"I was thinking about all my friends auditioning. And I was like, ‘And they’re not gonna cast me either! At least I’m not [an] idiot that thinks they’re gonna’.”

He continued: "But it just so happened that the play [I was in] went on tour and then someone saw me in the play and I got asked to audition." Alfred has also spoken out about the difficulties of landing work as a black actor – especially, he argues, after the "privilege" he experienced in the UK coming out of the Blair era.

Speaking to The Guardian, he said: "I would love it if the prominent train of thought wasn’t, ‘To get work as a black actor, you just have to learn an American accent and be in a civil rights movie’.

"We have stories to tell here in Britain," he argued.

The star added that his experience isn’t universal to everyone, and added: "Actually I’ve had it really good," – but questioned why others don’t have the opportunities he has had. Though Alfred admits his friends thought of him as a "jammy sod" after he landed the role in Harry Potter, he wasn’t actually the only alumni from his school to do so.

Alfred attended the historic Westminster School after originally living in the south of France with his parents as a toddler.

And, a few years earlier, fellow actor Christian Coulson had also attended the school – the same star who went on to play the 16-year-old Tom Riddle in Harry Potter and the Chamber of Secrets.

He was actually 24 at the time of filming the 2002 flick – but definitely managed to pull it off as the menacing young Voldemort.

However, in 2007 director David Yates confirmed on MTV that he wouldn’t reprise the role in Half-Blood Prince, being too old at the age of 29.

Later, Alfred went on to attend The Queen’s College at Oxford University – the same college attended by famous faces like Rowan Atkinson, Oliver Sacks and Tim Berners-Lee – inventor of the World Wide Web.