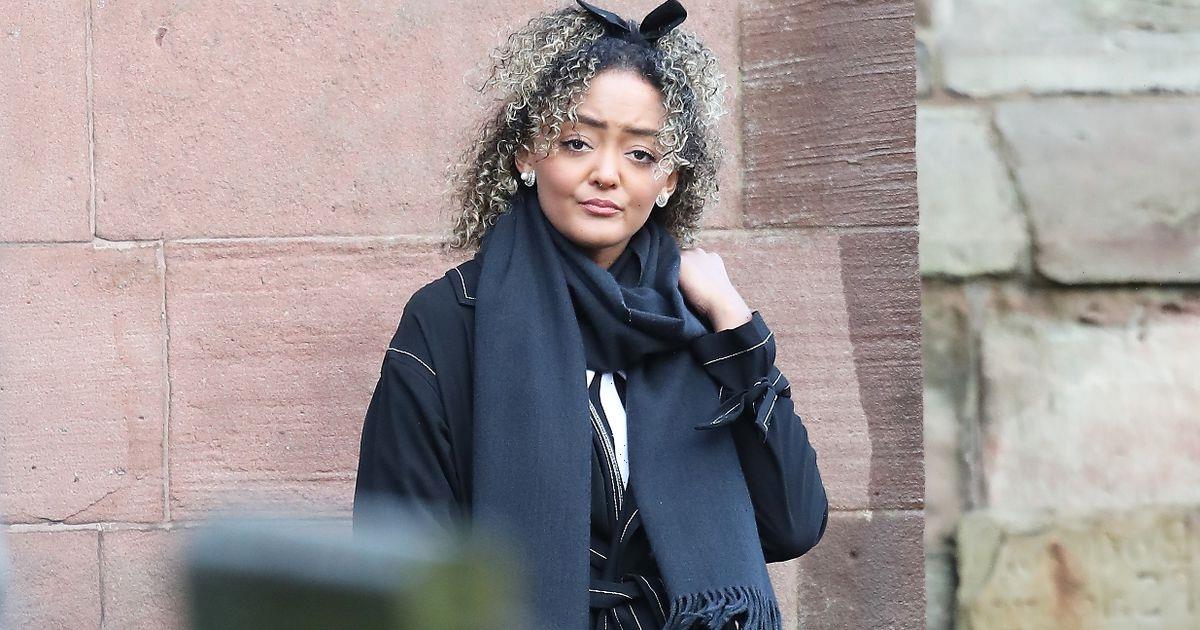 In the new pictures, which were taken on Wednesday, a pensive Emma is dressed in a black outfit as she is seen talking to a male stranger before walking in the graveyard.

It remains to be revealed who the deceased character is but Emma has got a collection of explosive festive storylines coming up on the ITV soap.

Soap fans are aware that the character is currently planning a Christmas wedding with her fiancé Curtis Delamere, who has a "life-threatening" heart condition. However, in upcoming scenes, Emma is left shocked as newcomer Neville introduces himself as Curtis' father as she had been led to believe her fiancé's dad was dead.

To which Curtis quickly claims that Neville is his stepdad, which leaves the newcomer hurt but he goes along with the lie.

Only recently, spoilers for the Christmas episodes of Coronation Street teased: "A Christmas wedding has everyone excited, but as Emma prepares to marry her dream man she discovers Curtis is not all he seems.

"Her heart set on a big white wedding. Will Emma be able to forgive the unforgivable or will Curtis be leaving Coronation Street without saying: 'I do?'"

While fans have started to become suspicious about Curtis, claiming he is lying about his heart condition and is set to break fiancée Emma’s heart.

Yet this isn't the only explosive storyline for Emma as in upcoming scenes she is said to be involved in a shocking car accident with Faye Windass, who recently returned to the cobbles.

According to Digital Spy, the duo accidentally run over a pensioner during a driving lesson and decide to keep it a secret…

Could the mystery funeral be that of the old man involved in the accident, if he does tragically pass away?

It remains to be revealed who the deceased character and funeral is for, but it will be sure to provide dramatic scenes on the cobbles…