A WOMAN has hit back at 'ignorant' online trolls who accuse her of 'blackfishing' because of her naturally curly hair, plump lips and fake tan.

Robyn Warren is often told she looks 'racially ambiguous' by online commenters despite both of her parents being white Brits. 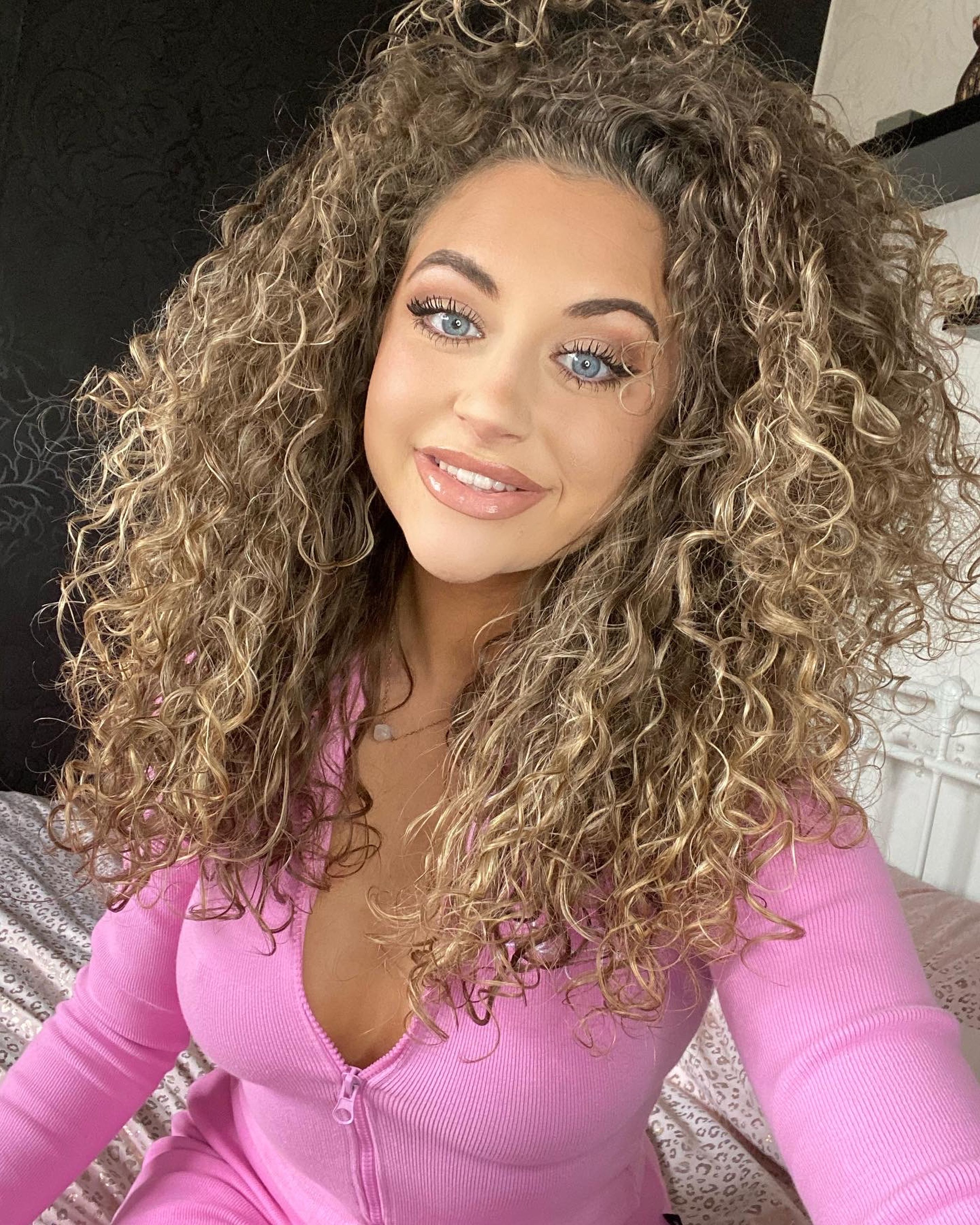 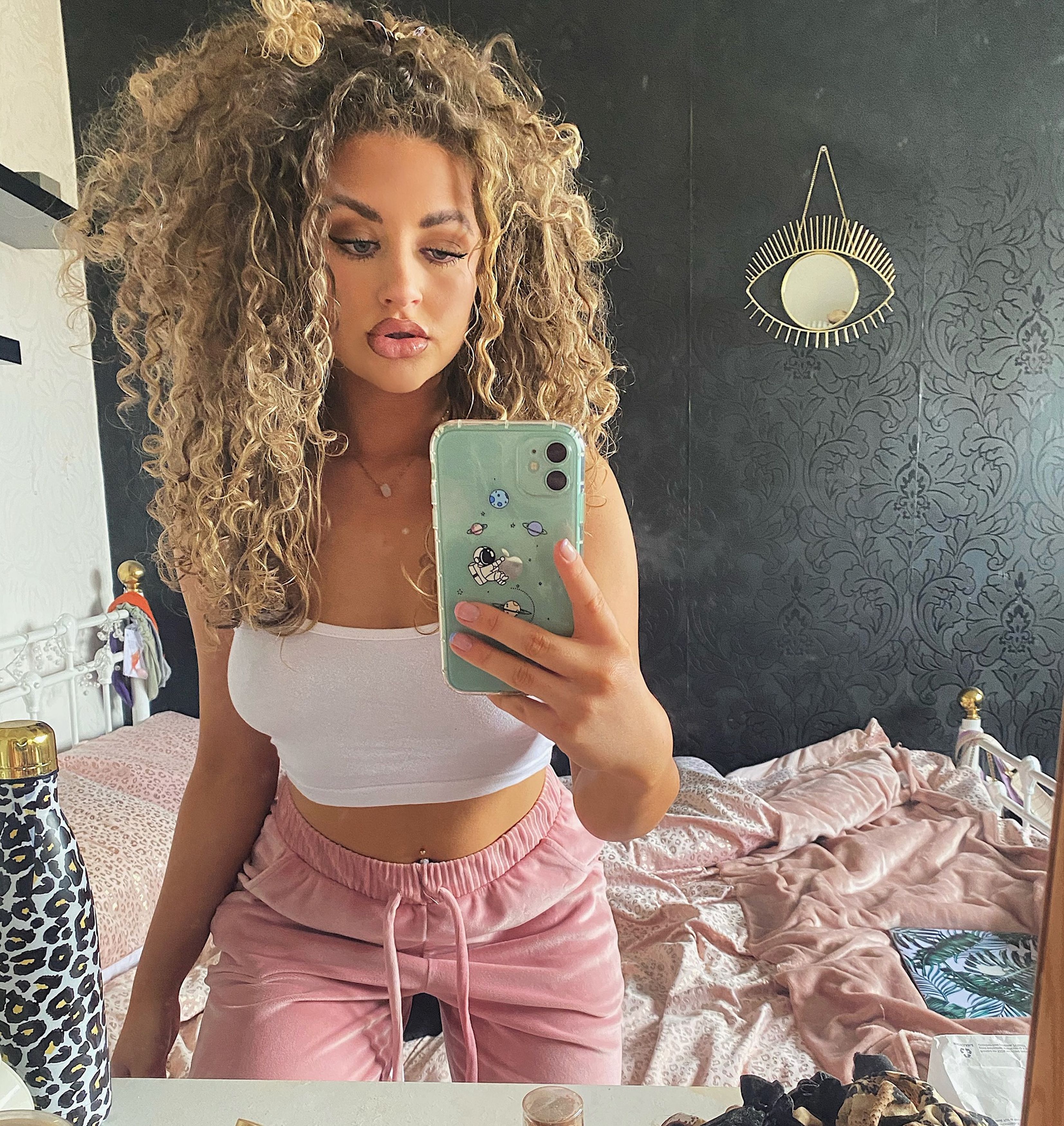 The 22-year-old is slammed for having lip filler and wearing fake tan and even accused of having a perm, as trolls say she is attempting to change her natural features to appear mixed race.

One anonymous troll even set up a TikTok account to investigate Robyn's heritage, digging up old photos from her family members' social media accounts in an attempt to prove she used to be more 'white-looking'.

But the TikToker insists that she has never claimed to be or attempted to look mixed race and her curly locks are natural, saying she 'can't help how she looks'.

The customer service worker also says that the backlash about fillers and fake tan is 'unfair' as she believes it's the 'norm' amongst girls her age and has no intentions other than to enhance her natural features.

Robyn, Newcastle-under-Lyme, Stoke-on-Trent, said: "The whole reason people initially started attacking my appearance is because they couldn't get their head around how a white person can have curly hair.

"Alongside that I wear fake tan and I had 0.5ml of lip filler.

"It's literally a tiny bit of lip filler, before that my lips were naturally big anyway and I don't even wear that much fake tan – I go darker when I'm on holiday.

"Because of all three aspects people just think I must be mixed race and when they found out I wasn't they said 'you're trying to be black then' but that's not the case.

"I personally don't think I look mixed race at all and I can't help how I look. My mum's side of the family are olive skinned and tan really well so that's why I tan well when I go on holiday.

"A lot of them say I backcomb my hair and try to make it look like an afro but it's literally just my hair – I get out of the shower and put a bit of product in and it dries the way it dries.

"Once you admit you've had a bit of filler people automatically say 'you're trying to be black, you're not happy with your white features' but the majority of girls I know have had lip filler and wear fake tan, it's the norm.

"I literally just do what everyone else does but because of the way my hair is it makes me seem like I'm not white to some people but I am."

Robyn says curly hair runs in the family on her dad's side meanwhile her mum's family has Italian roots in earlier generations, meaning she tans well in the sun.

She started fake tanning at around 18 years old when most of her friends did and now applies a layer whenever she is going out at the weekend.

The customer service worker also claims she got 0.5ml of lip filler in April this year to even out her lip shape on her already 'naturally big' pout.

I know that I'm not a racist, I'm literally just standing up for myself but it does get a bit much.

Because of her curly locks, tanned skin and plump lips, people watching Robyn's videos online assumed that she was mixed race.

When she revealed that she is in fact white, an anonymous troll set up an account to 'expose' her for 'blackfishing', posting old photos of her to prove she used to 'look more white'.

Robyn said: "Someone went on my best friend's Facebook and found pictures of this girl that looks a little bit like me and just assumed it was me but I hadn't even met my friend by the time the picture was posted.

"Then they found pictures of me from when I was younger when I used to straighten my hair every day because I hated my hair.

"They think that was my natural hair and now it's a perm but it's the other way around.

"I started embracing my curls when I was 14 and then it took me years to get them to properly come back."

Robyn insists that the main photo used on the trolling account – showing a pale-skinned, blonde girl – isn't of her, but is of another girl from her area with similar eyes.

But she says the trolls don't believe her and when said she isn't trying to change her race and doesn't want to do that, she was branded a 'racist'.

She has now been forced to turn the comment sections off on most of her videos as she has been inundated with abuse.

Robyn said: "I try my best to defend myself but there's just no winning at all.

"I had a comment saying 'it's racist to try and change your features to look a different race' and then when I said I've never wanted to be black and they put back 'RACIST'.

"I just thought that makes no sense whatsoever because they're saying I'm a racist for supposedly trying to look black but then when I say I don't want to look black, that's racist as well. I literally cannot win.

"I know that I'm not a racist, I'm literally just standing up for myself but it does get a bit much. It gets upsetting because it's an awful thing to be accused of."

The customer service worker has slammed the angry commenters as 'ignorant', saying 'not all white people look the same' and certain features, including her naturally curly hair, are not exclusive to any race.

She says that these online trolls who attack girls like herself online are taking away from the 'real issue' of blackfishing.

I try my best to defend myself but there's just no winning at all.

Robyn said: "I think it's a really ignorant way to see things to think that features like curly hair, big lips and tanned skin are exclusive to being black when it's obviously not.

"It's not like every white person looks the same with blonde hair, pale skin and thin lips but that's how these people that attack me seem to see it, they're just really close-minded.

"I can see [that blackfishing is] an issue. I've seen people when you know they're white and all of a sudden they've got box braids and they're raiding the sunbeds – it's obvious that they're trying to look black.

"But the people that attack anyone online for a bit of lip filler and fake tan just take it way too far. It's not my intention to look racially ambiguous, I'm just myself." 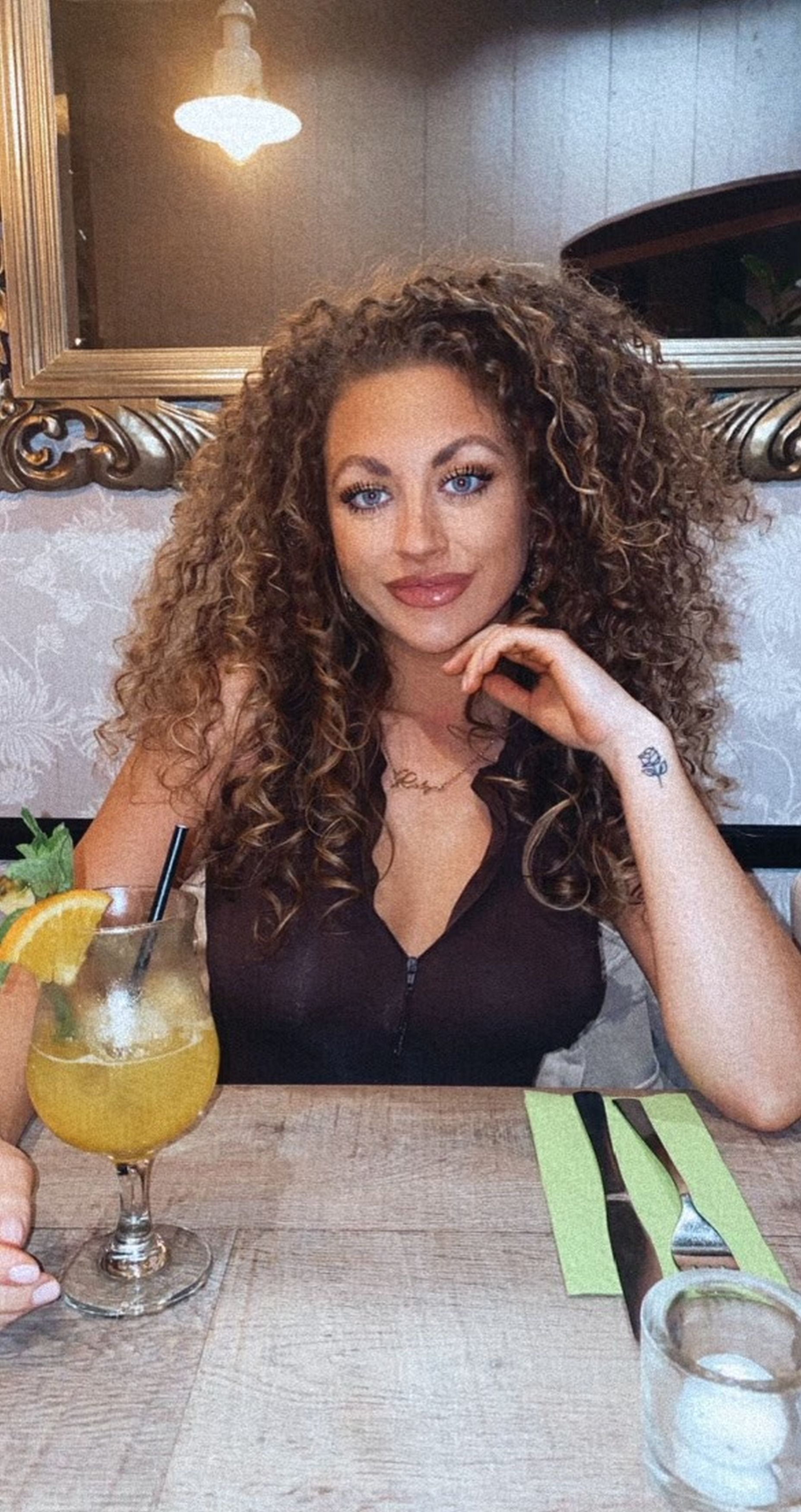 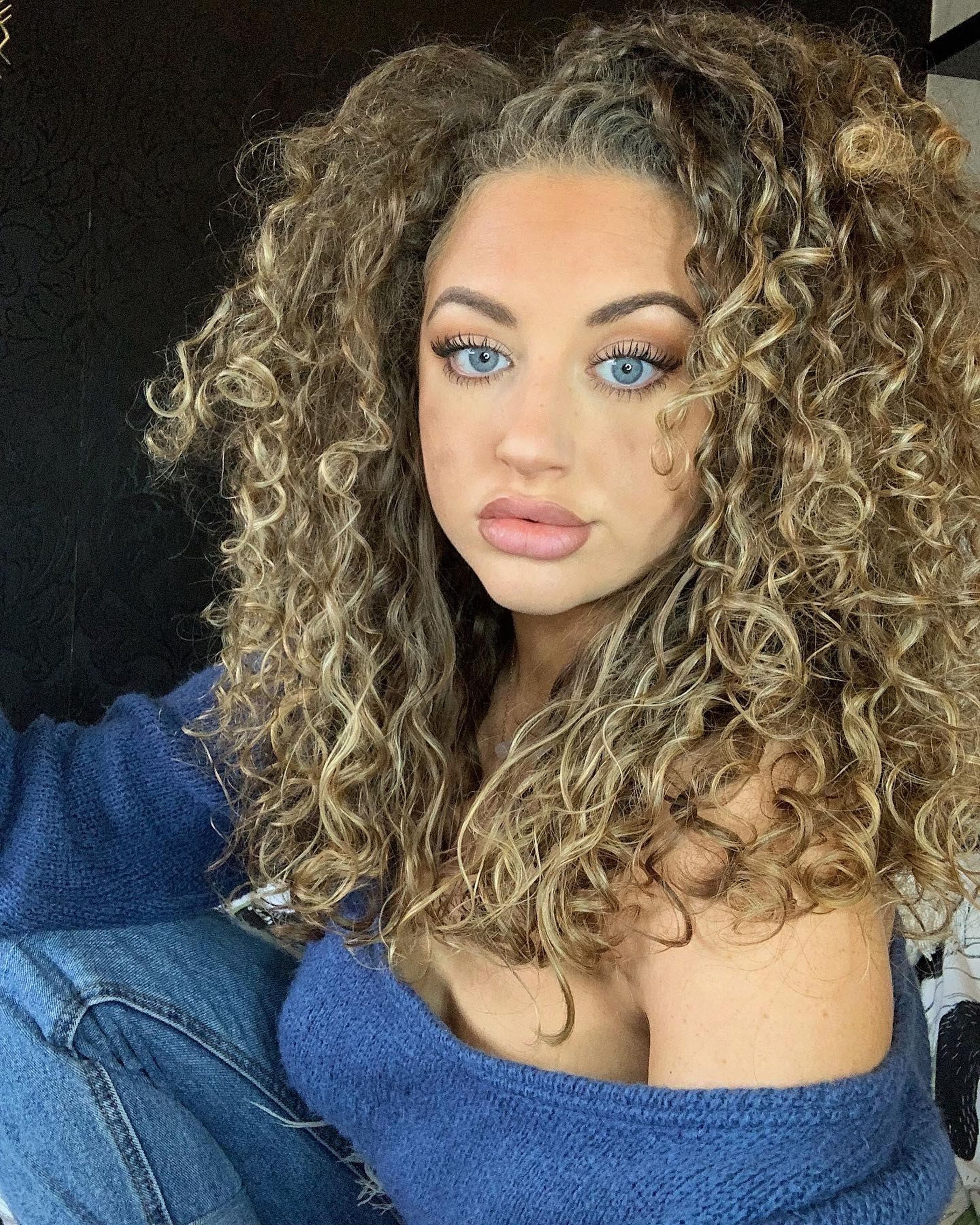 Many social media influencers and celebs, such as Molly-Mae, Brielle Biermann, Kim Kardashian and Addison Rae have been accused of blackfishing.

And a woman revealed she is addicted to sunbeds & uses her 20mins a day so she's always tanned – people accuse her of blackfishing.