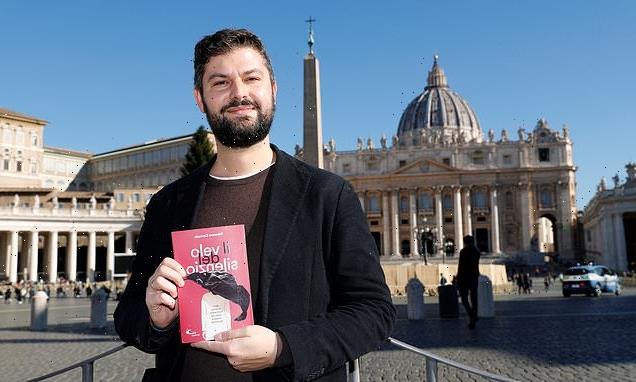 Catholic nuns reveal horrors they endure, with some blamed for ‘provoking’ priest’s sexual abuse and others told they ‘must suffer for Jesus’ with back-breaking labour

A new book has revealed horrors endured by Catholic nuns with some blamed for ‘provoking’ a priest’s sexual abuse and others told they ‘must suffer for Jesus’ with back-breaking labour.

‘Veil of Silence’ by Salvatore Cernuzio, a journalist for the Vatican’s online outlet, Vatican News, recounts the experiences of 11 nuns as part of an age-old system in which their Mother Superiors exacted cruel punishments and Catholic priests molested them.

‘They chose to protect the good name of the institution by sacrificing the victim,’ Cernuzio’s introduction reads.

‘The abused nun is transferred, accused of seducing the priest, and the priest stays at his place, continuing his predatory activity undisturbed.’

Cernuzio also alleges that nuns who complained of abuse by female elders were simply laughed at, while women from locations in Africa, India and the Philippines claim they were the target of overt racism. 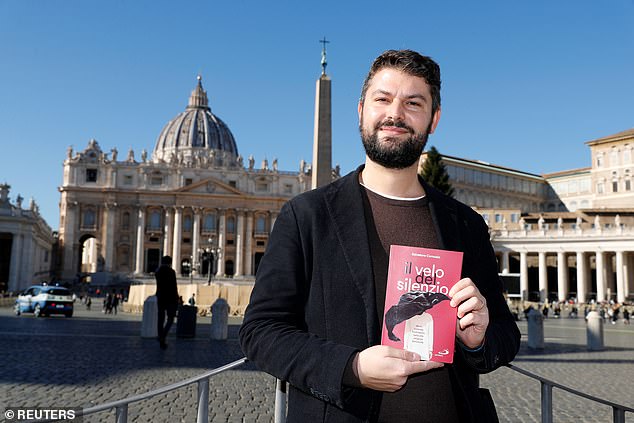 Salvatore Cernuzio, author of a new book, Veil of Silence, that chronicles episodes of psychological, emotional and physical abuse of Catholic nuns in convents, poses for a photograph in Saint Peter’s Square, at the Vatican, November 24, 2021 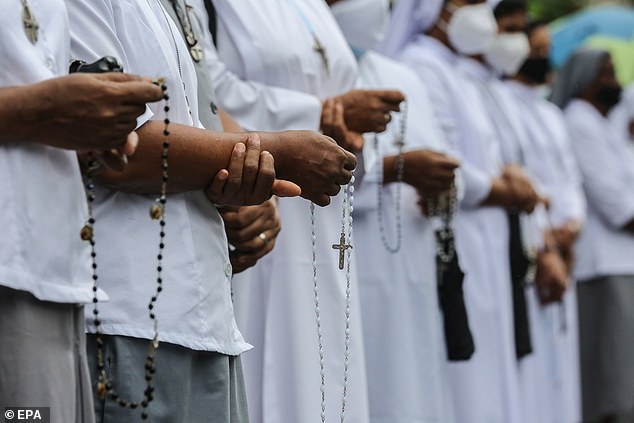 ‘Veil of Silence’ by Salvatore Cernuzio, a journalist for the Vatican’s online outlet, Vatican News, recounts the experiences of 11 nuns as part of an age-old system in which their Mother Superiors exacted cruel punishments and Catholic priests molested them (pictured: Sri Lankan nuns in Hultsdop, Sri Lanka, November 8, 2021)

Every woman who came to Cernuzio with stories of abuse did so on condition that they would be assigned pseudonyms, due to the ‘culture of fear’ perpetuated within their congregations, he said.

‘Therese’, a French woman, was told ‘you have to suffer for Jesus’ when she asked to be spared physically demanding chores because of a back condition.

‘I understood that we were all like dogs,’ recounted ‘Elizabeth’, an Australian. ‘They tell us to sit and we sit, to get up and we get up, to roll over and we roll over.’

‘Aleksandra’ a 31-year old nun from Eastern Europe, claimed she was molested by a priest with whom she worked on a project to support young nuns, only to discover other nuns had made similar reports.

Aleksandra said she received the same message as her fellow sisters: ‘Obviously, if it happened, it’s because you nuns provoked the priests.’

And African nuns in Minnesota were forced to shovel snow all day, and were told it was because ‘they were young and strong’ when they questioned why the white sisters of the same age remained inside.

Nuns living in Catholic convents spend much of their day in prayer or engaged in household work, and while some maintain jobs and participate actively in roles outside the church, cloistered nuns are barred from interacting with the outside world unless absolutely necessary.

In recent years, a number of books and newspapers written by insiders have shed light on instances of abuse suffered by nuns, leading Cardinal Joao Braz de Aviz, who heads the Vatican department that oversees religious congregations, to order investigations into several convents.

‘Marcela’, a South American woman who joined an order of cloistered nuns in Italy 20 years ago when she was 19, told Cernuzio how the indoctrination was so strict that younger sisters needed permission to go to the bathroom and ask for sanitary products during their menstrual periods.

‘You are always complaining! Do you want to be a saint or not?’ Marcela, who later left the convent, quotes the Mother Superior as shouting when she suggested changes in the daily routine.

Last year, Father Giovanni Cucci wrote a landmark article about abuse in convents in the Jesuit journal Civilta Cattolica, whose texts are approved by the Vatican.

He found that most of it was abuse of power, including episodes of racism such as in the Minnesota convent, and said that news of the sexual abuse of children by priests has overshadowed the abuse suffered by nuns. 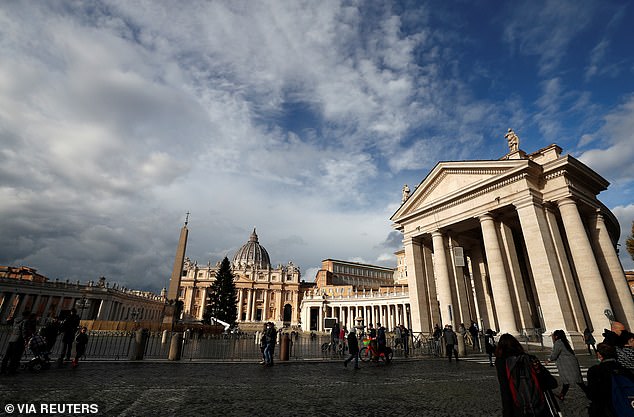 Last year, Father Giovanni Cucci wrote a landmark article about abuse in convents in the Jesuit journal Civilta Cattolica, whose texts are approved by the Vatican (General view of Saint Peter’s Square at the Vatican, November 26, 2021)

In 2018, the Vatican newspaper Osservatore Romano exposed the plight of foreign nuns sent by their orders to work as housekeepers for cardinals and bishops in Rome with little or no remuneration.

It later chronicled a ‘burnout’ syndrome, where younger women with good educations were held back by older superiors reluctant to relinquish a boot camp-style tradition of assigning them menial tasks, ostensibly to instil discipline and obedience.

‘Whatever may have worked in a pyramidal, authoritarian context of relationships before is no longer desirable or liveable,’ wrote Sister Nathalie Becquart, a French member of the Xaviere Missionary Sisters and one of the highest-ranking women in the Vatican.

Becquart wrote in the book’s preface of the ‘cries and sufferings’ of women who entered convents because they felt a calling from God but later left because their complaints too often fell on deaf ears.

Some were stigmatized as ‘traitors’ by their orders and had great difficultly getting jobs in the outside world. 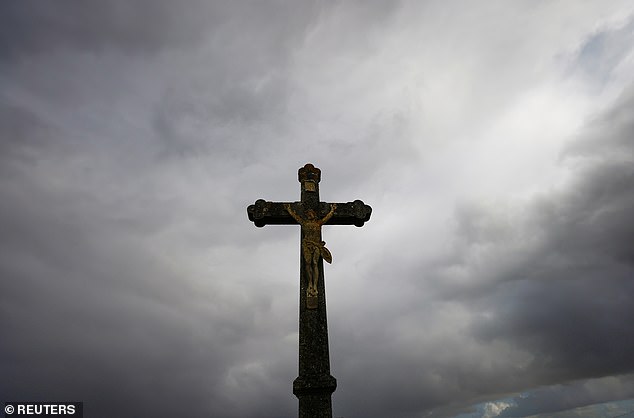 The cardinal, who has launched investigations into a number of convents, told the Vatican newspaper he was shocked to discover that there were a few cases where former nuns had to resort to prostitution to live.

Data from the Vatican Congregation for Institutes of Consecrated Life suggests that nearly 4 per cent of Catholic congregations are under investigation by the Vatican over claims of abuse, but Cernuzio believes this is ‘just the tip of the iceberg.’