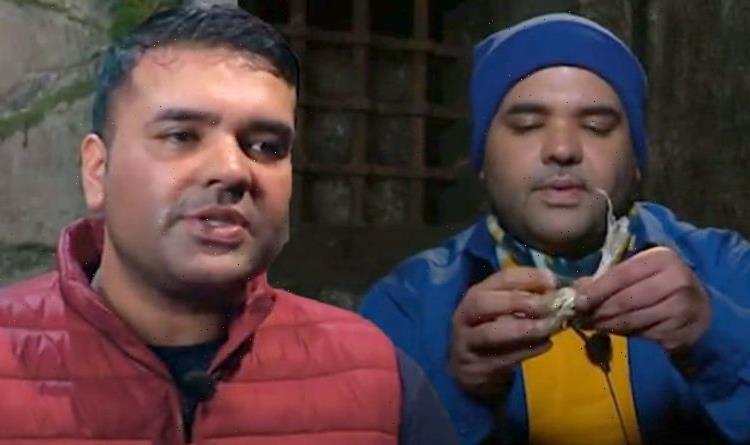 I'm a Celeb: Naughty Boy clashes with Louise and Kadeena

Naughty Boy’s relatives took to his Twitter account last night to speak out on “damaging and offensive” remarks. Addressing the 36-year-old’s 196,000 followers, they begged I’m A Celebrity… Get Me Out Of Here! 2021 fans to stop speculating about his health.

It came after the most recent episode aired on ITV, and saw the record producer – real name Shahid Khan – say he was ready to leave the programme.

This isn’t the first time Naughty Boy has suggested he is close to quitting, something hosts Ant and Dec were quick to remark on.

The latest instalment also saw the Geordie duo urge the campmate time was of the essense over and over again, while completing a Bushtucker Trial, to no apparent avail.

Now the star’s niece, who is believed to be running his social media accounts, has sent out a request from those close to him.

She stated Naughty Boy isn’t “bipolar, autistic, or disabled”, after some watchers at home suggested he was.

Replying to a now-deleted tweet from one user, his micro-blogging page blasted “none of you are doctors”.

The statement read: “Such a sweet comment but please everybody, stop ‘diagnosing’ him with all sorts of things.

“He isn’t bipolar, autistic, or disabled.”

His family continued: “Just wanted that out there, it’s wrong to assume when he has never said that.

“To be making those statements – it’s really damaging and offensive to those who are actually autistic and bipolar due to all the negative feedback.

“Please refrain from doing this – a request from his family x.”

A short while later, the account hit back at trolls for seemingly poking fun at Naughty Boy’s behaviour.

They said he was a “proud mummy’s boy” while highlighting he had been caring for her for the past five years.

Naughty Boy’s account shared: “She [his mum] suffers from vascular dementia and many other illnesses which has resulted in her needing 24 hour care.

“Of course, trolls have no conscience or compassion to try and understand his emotions and mental state, but to those who are being supportive, thank you so incredibly much.”

The tweet signed off: “Remember to #BeKind and don’t be toxic.”

He secured all 11 stars in the Trial, meaning the group ate very well.

I’m A Celebrity continues tonight at 9pm on ITV.