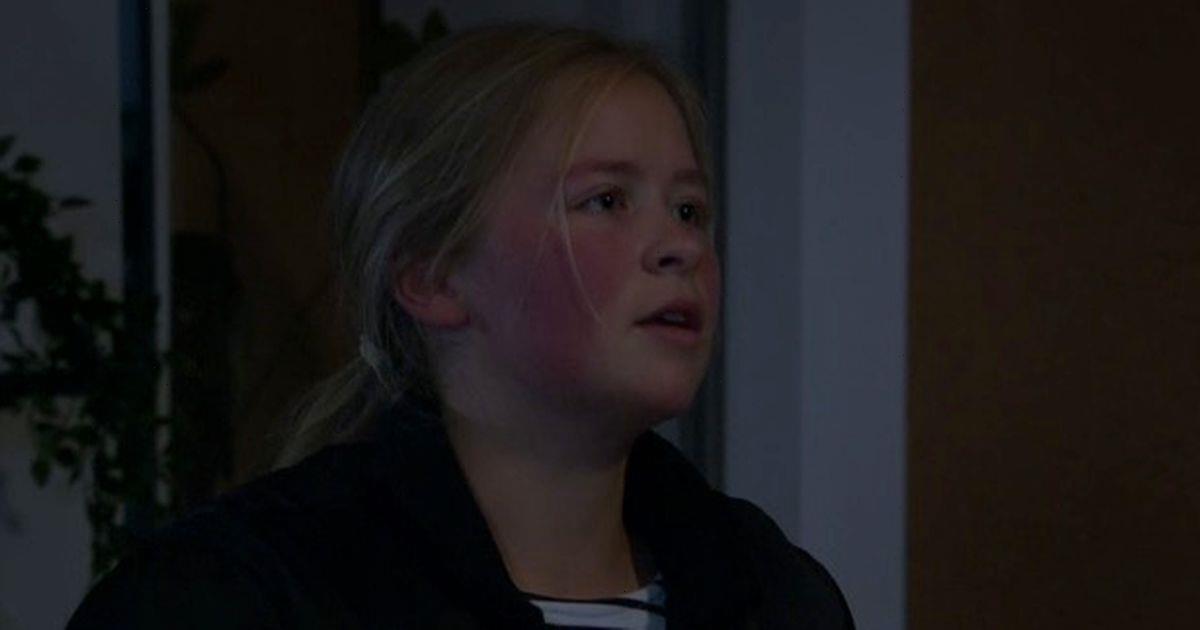 Emmerdale fans have been left fearing for Liv Flaherty as they have speculated whether she could be framed for Ben Tucker's murder.

During Thursday's episode, Ben rushed back into the Hop to help an unconscious Meena Jutla after his near escape with the incriminating video evidence needed to bring her down.

Unsurprisingly, Meena came out on top after she bludgeoned Ben to death with an oar and took back the damning video footage in chilling scenes.

Soap watchers will recall that prior to the murder, Ben had a confrontation with a drunken Liv Flaherty, who was angry at him for his plans to move to Newquay, Cornwall, with her brother Aaron Dingle, and said she would grass him up for breaking into the Hop. After a scuffle in which Liv fell to the floor, Ben took out his phone to record her so she couldn't "twist it" and Aaron could see how she was really behaving.

Liv then snatched his phone off him and insisted: "How messed up is that, stop it, you're a sick, jealous, freak. You hate me, but not as much as I hate you, you won't get rid of me without a fight!"

While later in the episode, a drunken Liv bumped into Lydia outside the Hop as she told her: "I hate him, I hate his guts… Ben." Soap watchers have now feared that Liv could be blamed and framed for Ben's murder, even though it was Meena who killed him.

One person said: "Can Meena just be found out already!!!!#Emmerdale she’s going to get through the whole village at this rate! And I’m guessing Liv will get the blame now."

A different account put: "So do we think Liv is gonna get the blame #emmerdale." Another follower commented: "I take it Liv was on her own when Ben died? Poor girl will get the blame #emmerdale."

While a different viewer added: "Soooo Liv is going to be arrested for Ben's murder? #emmerdale."

It comes as eagle-eyed fans predicted how the evil nurse, who has also previously killed Leanna Cavanagh and Andrea Tate, could get her comeuppance.

In upcoming scenes, due to be aired on Friday's episode (26 November), Aaron is left heartbroken as he catches a glimpse of Ben's lifeless body in the forensics tent.

Danny Miller, who plays Aaron and is currently on I'm A Celebrity… Get Me Out Of Here!, is due to bow out of the show soon but his exit storyline still remains to be seen.

Emmerdale continues on weekdays at 7pm on ITV.

For all the latest cast updates and juicy Emmedale spoilers, sign up to our daily OK! Newsletter .