SCIENTISTS showed off the precision of a new £1.5million fossil X-ray scanner — by testing it on a Kinder Surprise.

The equipment can see inside specimens such as dinosaur eggs without having to cut them open, and generate models of the embryos inside. 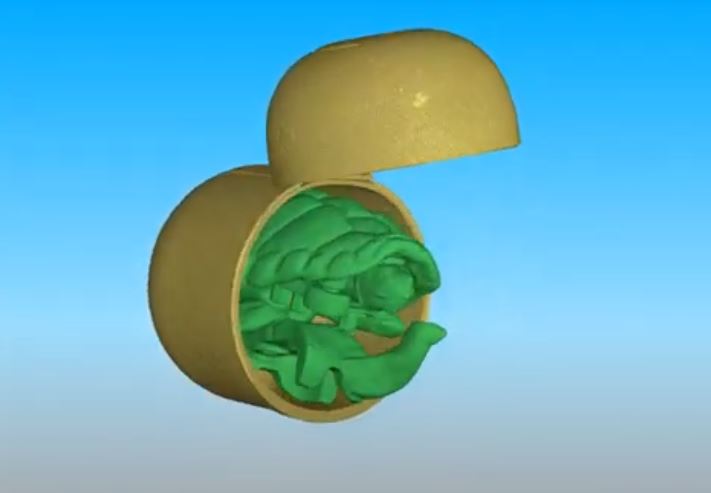 But a fun experiment proved it could also identify toy parts in the yellow Kinder capsule and produce super-realistic 3D images, down to the surface texture of the plastic.

Dr Vincent Fernandez, lead operator at London’s Natural History Museum, joked: “If you don’t like getting your fingers covered in chocolate, this is the solution.

“For only one million times the price of a Kinder egg and a fraction of the fun, you get to play with a virtual toy after a mere couple of days of data processing.”

The Nikon Metrology XTH 225ST — the first in the UK — identified every crease in the fine foil wrapper around the children’s Kinder Surprise, and its computer model even included the tiny lettering moulded on its base.

Colour and lighting are added separately.

“It records thousands of radiographs, like cutting the specimen into very, very thin slices.

"These are then stitched together by the computer to create a virtual image of what’s inside.

“The slices can be as thin as a single micron, about 100th the width of a human hair.

“This allows us to see an incredibly detailed model on the computer which can be manipulated and studied in three dimensions.”