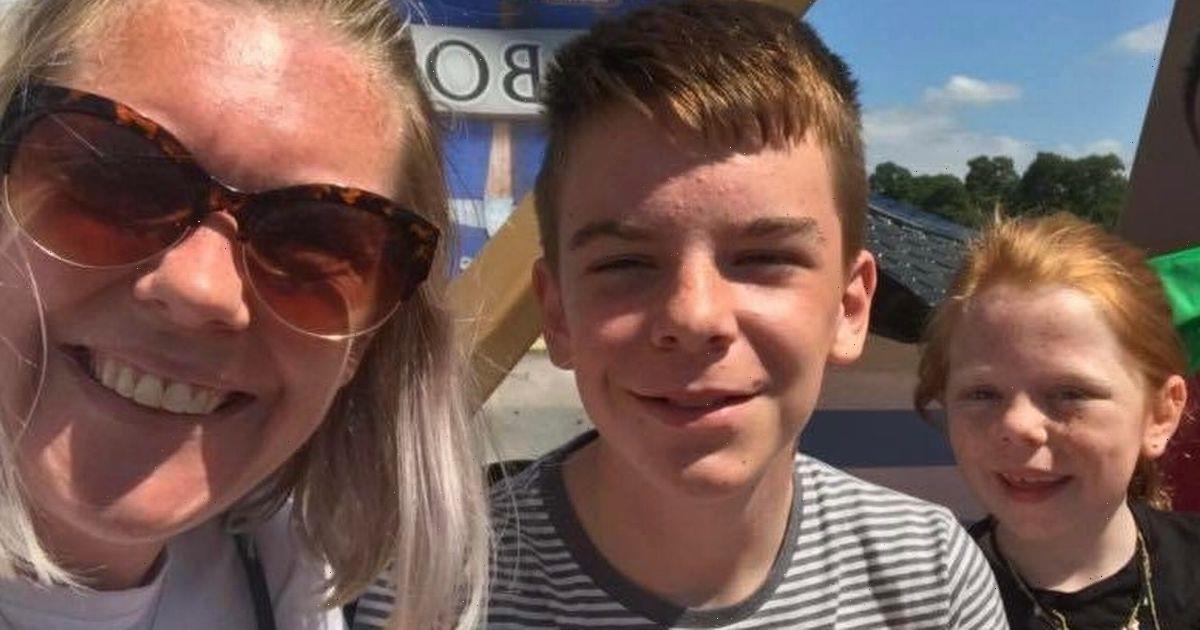 A mum shared the staggeringly expensive presents her two children put on their Christmas wishlists.

Derrie Matthews, from Buckinghamshire, said she was shocked when her ambitious son, 15, and daughter, 11, requested gifts that cost twice her annual rent.

The 36-year-old, who works as a childminder, couldn't help but giggle when she read Paddy and Dolly’s requests for an £800 hoodie and a £25,000 pair of trainers respectively.

Derrie said: “The kids will always start telling me things they’d like for Christmas a couple of months before.

“Dolly’s birthday is just nine days before Christmas so I’ve always had to try my hardest to be really well organised and start buying gifts well in advance.

“Paddy and I were texting a few weeks ago and I sent him some screenshots of things I thought he’d like.

“He came back with a hoodie by a brand I’d never heard of so I Googled it and saw it was nearly £800!”

While Derrie admitted she loves to be able to treat her children when she can – she said there was “no way” she could afford to spend £800 on a jumper.

Her daughter Dolly had mentioned how much she loved a pair of trainers that one of her favourite YouTubers, Kaci-Jay Conder, was wearing.

But when Derrie researched, she found that the trainers were on sale for £25,000.

The mum told MakeTheHeadlines.co.uk: “Dolly kept mentioning trainers that one of her favourite YouTubers has.

“I was going to buy them in secret so that she had a surprise so I didn’t ask her the exact ones she wanted. “I did some research of my own and found some pictures of the YouTuber wearing them, then I searched Google.

“She had also pointed out a sweatshirt when we were out one day that I knew was over £500.

Straightaway Derrie told her children that they wouldn’t be getting the extremely expensive gifts for Christmas.

But she said her kids were understanding when they realised the costly price of the items.

However it hasn’t put mum Derrie off asking her children to write Christmas lists – as she thinks every child should get presents they like, within reason.

Derrie said: “Of course I told them they wouldn’t be getting them!

“Once Dolly found out how much the things she had asked for cost, she did laugh and completely understood that £25,000 is over budget – that’s double our yearly rent!

“Instead , we’ve bought them both cheaper clothes, some tech stuff and they’ll be getting some money.

“I am definitely finding it a lot more difficult to buy for them as they get older.”

Derrie explained that her children’s requests for Christmas this year were “completely unreasonable”.

But she said Christmas is a fun time and she usually pranks Paddy and Dolly with “fake” presents where she tricks her children about what she’s bought them.

Derrie said: “I’m actually quite well known among my friends and family for pranking the kids around Christmas time with rubbish fake presents.

“That’s why the kids like to make what they’d like for Christmas clear, so that they don’t receive an empty packet of chocolate or half a bottle of milk!

“It can prove difficult though. One year, Paddy was adamant that he wanted a life-size statue of me for his birthday. He was inconsolable when he didn’t get it!

“Another year he wanted to buy me an Emmerdale hairbrush. As a young mum, I didn’t have time to watch Emmerdale, never mind brush my hair!”

But there’s a reason why Christmas is so important to Derrie and her family.

In 2013, the family were burgled twice on Christmas Day – once before they woke up and then again in the middle of the day when they’d gone to their grandparents for dinner.

Ever since, Derrie has done whatever she can to make Christmas special and enjoyable.

She said: “Since then, Christmas has been difficult so I try even harder to put smiles on their faces.

“My friends thought it was hilarious when I posted on Facebook about what Dolly and Paddy had asked for.

“But to be honest, I think everyone can relate in some way or another because all of our kids have asked for the impossible at least once.