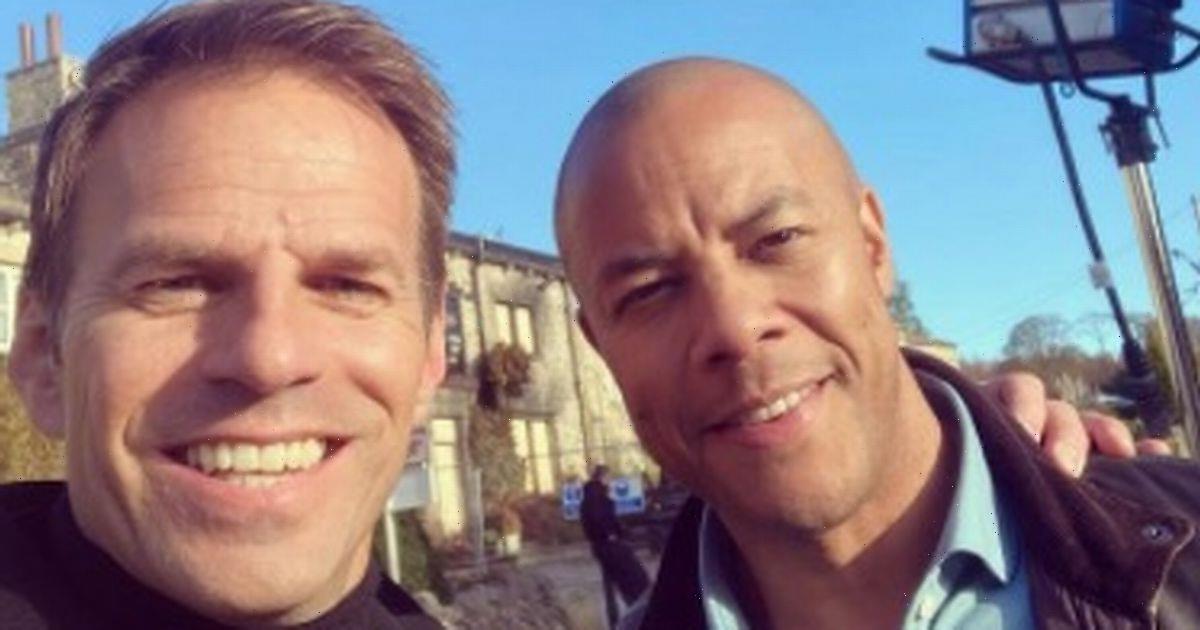 Emmerdale newcomer, Ben Richards, has teased details about his soap debut by sharing a new snap on the ITV set.

Taking to Instagram on Tuesday, Footballers' Wives star Ben, 49, posed with Al Chapman star Michael Wildman in front of a boarded up The Woolpack pub.

It comes after it was reported that Ben will be playing new villain, Gavin, who is connected to Al, and more recently it was claimed that The Woolpack pub is "burned down" in explosive Christmas scenes.

Appearing to tease the reports further, Ben posed with Al star Michael on set as he gushed about filming together while in the background The Woolpack pub could be seen boarded up with fences in front of it.

Ben captioned the photo with: "Another fun day @emmerdale filming with this dude, Michael Wildman.

"The last time we worked together was over 20 years ago on the film Bring me the head of Mavis Davis. Buddies then, buddies now."

While a different eagle-eyed follower, after spotting The Woolpack pub in the background, wrote: "Fire at the pub then!!!!!"

The picture comes after a source told The Sun earlier this month: "Ben’s a great signing for the soap and Gavin is going to ruffle a few feathers.

"He’s connected to Al and his scheme for the Woolpack and it’s going to be explosive."

Exact details surrounding Ben's entrance and The Woolpack pub are yet to be confirmed by the soap and OK! contacted ITV for comment at the time.

Only recently, Al invested into The Woolpack pub after Chas, Paddy and Marlon Dingle faced financial difficulties following a string of business disasters.

However, it wasn't long until Al was making cryptic phone calls to a mystery business partner and in recent scenes he was seen looking at plans on his laptop that said "The Woolpack Luxury Apartments".

And it looks as though a fire could be hitting The Woolpack as according to the Metro, they have reportedly seen images of the iconic pub "burnt looking and boarded up".

However, an ITV spokesperson told the publication at the time: "We do not comment on storyline speculation."

Emmerdale continues on weekdays at 7pm on ITV.

For all the latest cast updates and juicy Emmedale spoilers, sign up to our daily OK! Newsletter .