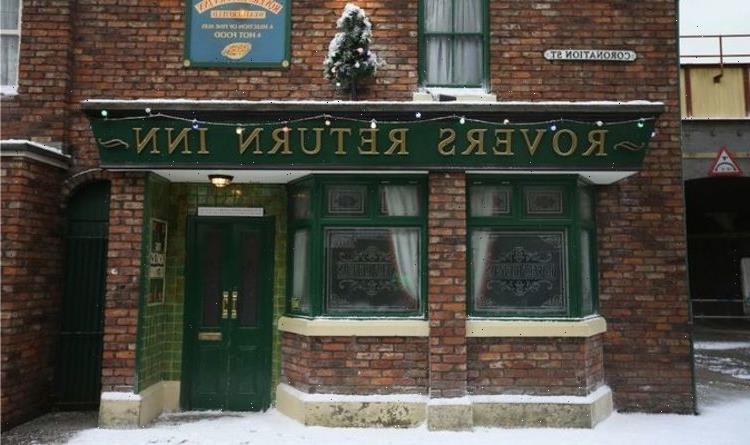 Rumours are circulating among Coronation Street fans that Christmas in Weatherfield could provide more shocks than ever before. Viewers have been teased with potential plot twists in the run-up to Christmas. Express.co.uk looks back at past Christmas specials to round up the top three most shocking festive moments.

If you think your Christmases are packed with family drama then you should watch the Christmas Day specials of Coronation Street.

Coronation Street is a TV staple drawing in around six million fans per episode.

And these viewers can’t get enough of the twists and turns – especially during the festive season.

One of the most shocking Christmases on the cobbles happened in 2019.

For the first time in the series’ 61 year history, the first-ever death of a regular character happened during 2019’s Christmas Day special.

In a plot twist that shocked viewers, Derek Milligan (played by Craige Els) went on a gun rampage in a Christmas market.

There has only been one other death of a character on a Christmas Day special in the soap’s history.

This occurred back in 1999, but the guest character only appeared once on the soap, so their death wouldn’t have been as shocking to viewers as the death of Robert Preston who’d been a regular on the show.

Another Christmas Day shocker happened on the soap’s 6,191st episode.

In this festive special aired on December 25, 2005, the Battersbys had a disastrous (if somewhat amusing) Christmas meal.

When Cilla Battersby’s (Wendi Peters) oven broke, the family attempted to cook their dinner first on a sunbed, then in a deep fat fryer at the Chippy.

But events took a turn for the worse when Cilla left it in the frier for too long – resulting in the Chippy burning down.

A devastated Becky drank herself into a stupor and accidentally set fire to her flat.

Hopefully, this year’s Christmas special won’t be as tragic as in years gone by.

Fans are hoping several of the soap’s grief-stricken characters will get a chance of happiness this festive season.

Rumours have already been circulating that romance may be in the air for Tyrone Dobbs (Alan Halsall), as spoilers show the character trying to give his ex Fiz Stape (Jennie McAlpine) a festive kiss.

Fans are hoping Emma Brooker (Alexandra Mardell) will be able to marry her fiancé Curtis Delamere (Sam Retford) in time, as they push the wedding date forward due to his illness.

Elsewhere on the cobbles, Kelly Neelan’s (Millie Gibson) life has been crumbling since she was released from prison – as the season of goodwill approaches, will any of the residents reach out to her?