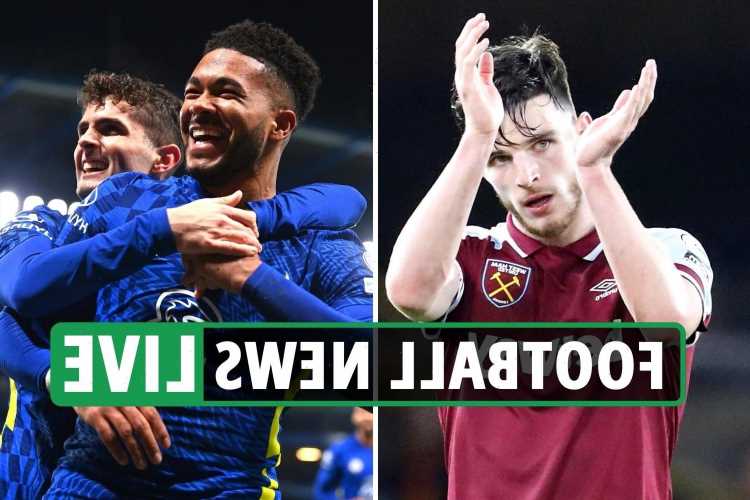 CHELSEA smashed four goals past Juventus to remind Europe they are the top dogs and defending Champions League winners.

Thomas Tuchel's side qualified for the last 16 in the process and are in the hat for the draw on December 13.

Meanwhile across London, Declan Rice is reportedly being targeted by a number of European giants.

Newcastle are also putting their January transfer plans into place, with reports linking them to Inter's Marcelo Brozovic and Bayern Munich's Niklas Sule.

Get all the latest football news, updates and transfer gossip below…