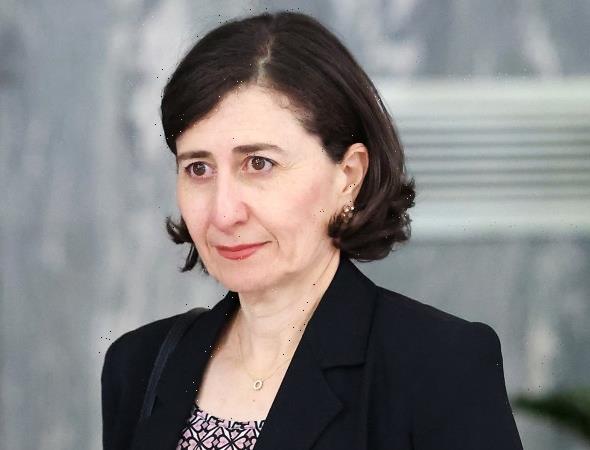 Gladys Berejiklian was defiant when she strode out of the corruption watchdog for the final time last month, completely unrepentant and vowing to get on with her life. After a less than edifying appearance over two days before the Independent Commission Against Corruption, it was hard to know what that life would look like.

The inquiry provided stunning evidence through phone taps of Berejiklian telling her former boyfriend and disgraced ex-MP Daryl Maguire that she would “throw money” at his electorate of Wagga Wagga. She told Maguire she had secured $170 million for a new hospital in his electorate in “five minutes” and a text message was tendered where she told Maguire: “You are my family”. 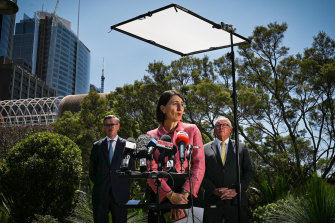 It was remarkable evidence to those who were watching, and there were many. The ICAC would not reveal to me how many people tuned in to its live stream, but it was enough to make the system crash on the first day of Berejiklian in the witness box.

However, while the revelations were extraordinary to those paying attention, Berejiklian’s halo has not slipped for everyone. In fact, the latest Resolve Political Monitor for the Sydney Morning Herald shows Berejiklian’s likeability has rebounded after her ICAC appearance.

Resolve director, Jim Reed, has this view on it: “Gladys Berejiklian always had high net favourability of between +30-40 points before she resigned, and that dropped to +20 points as the ICAC hearings began as voters anticipated what might happen.

“But we now find it has jumped back up to +31 points, so ICAC was a bit of an anti-climax.”

As well as her likeability (the percentage of voters holding positive views minus the percentage holding negative views), the Resolve survey found a majority of people “still like and respect Gladys Berejiklian following ICAC”. More than 40 per cent think she should not have resigned based on what emerged from the corruption inquiry. 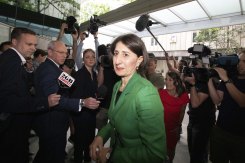 Interestingly, the voters surveyed don’t seem to blame ICAC for Berejiklian’s demise. Despite her scathing assessment of the corruption watchdog in her final public statement as premier, in which she berated the commission for its choice of timing, 47 per cent of people felt “ICAC has done important work and should not have its powers reduced”.

Within days of Berejiklian’s shock resignation, she was already being touted as the Liberals’ best hope for the federal seat of Warringah. The Resolve survey suggests that view would still hold.

Except, of course, the Morrison government or indeed Berejiklian could not take the risk. While Berejiklian has not lost her hardworking public servant persona, thanks to the COVID-19 pandemic, she still has the ICAC report hanging over her head. The findings will not be delivered before the federal election.

And Berejiklian will not escape ICAC unscathed. Assistant commissioner Ruth McColl was clearly unimpressed with the former premier’s demeanour and chastised her several times for making speeches from the witness box.

When McColl this month published her reasons for refusing an application by Berejiklian’s lawyer, Sophie Callan SC, for some evidence to be conducted in private, the assistant commissioner made it clear that she was not buying Berejiklian’s pleas for privacy.

McColl said it was “not irrelevant in my view” that Berejiklian made public declarations about her love for Maguire immediately after her ICAC appearance last year. In a desperate bid to save her career, Berejiklian did a round of deeply personal interviews with gossip columnists and shock jocks.

The media blitz worked and her broken heart bought Berejiklian an additional 12 months as premier. But it also meant she surrendered her right to privacy. McColl clearly agreed.

“In the light of Ms Berejiklian’s preparedness in 2020 to engage in public disclosures of her private relationship, it is difficult to accept Ms Callan’s submission, that further public disclosures will entail a risk of undue prejudice in the sense of leading to “intense and irremediable publicity, public scrutiny, humiliation and irreparable harm”, McColl’s written ruling, dated November 1, said.

ICAC’s findings into Berejiklian are expected to be scathing. But that is unlikely to matter.

Much of the court of public opinion thinks she simply has bad taste in boyfriends, rather than being corrupt. The Liberal backers who were eyeing Berejiklian for a shot at federal politics were too hasty – this time. But it is hard to imagine Berejiklian will not reemerge in public life. If anyone can survive an ICAC inquiry, it will be her.