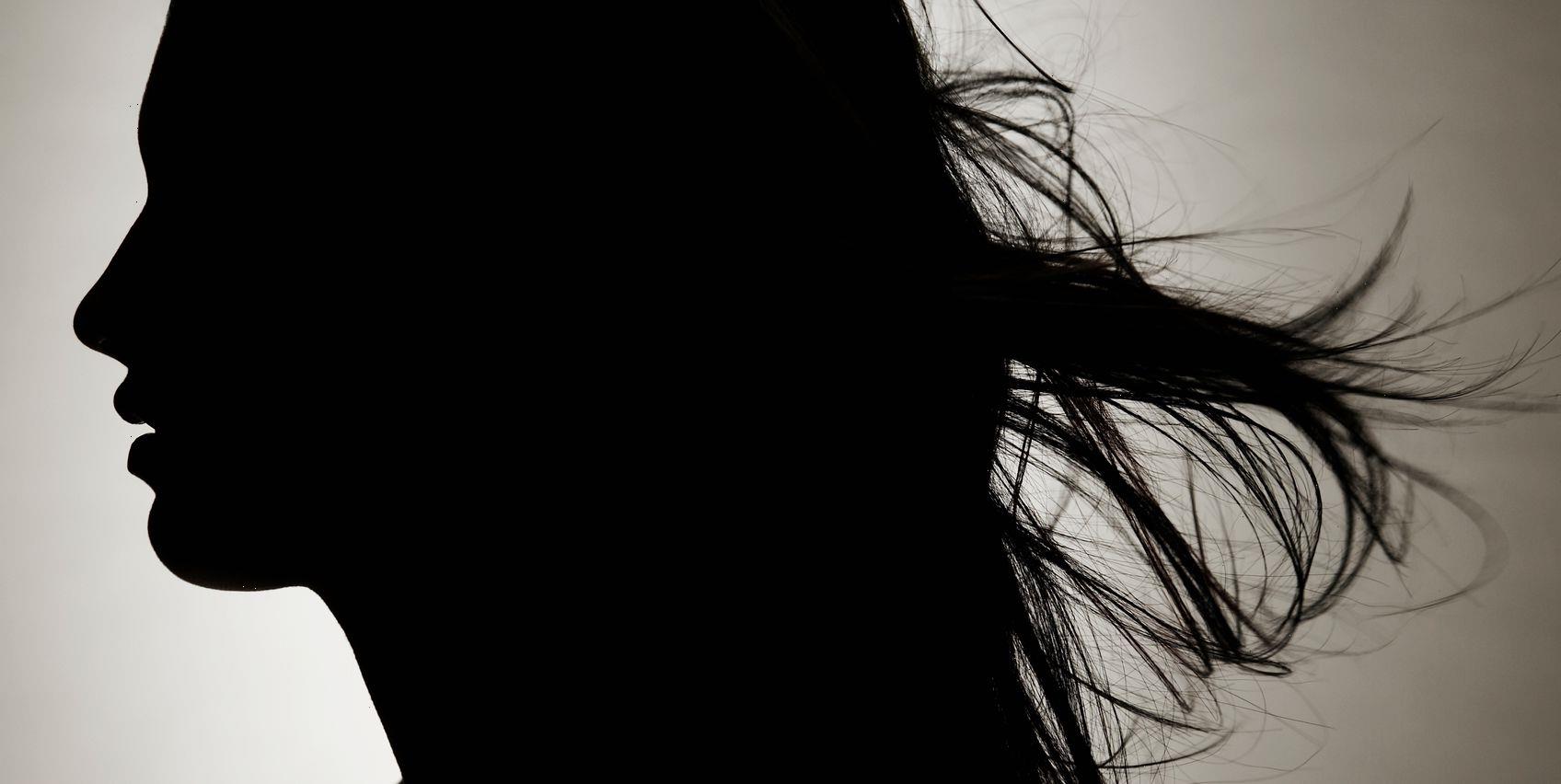 For the first time, Faith Jones, the granddaughter of David Berg—the man who founded the infamous cult known as the Children of God—is sharing never-before-told, highly detailed stories of her upbringing. Growing up on an isolated farm in Macao, Faith prayed for hours every day and read letters of prophecy written by her grandfather. Over decades, the Children of God grew into an international organization that became notorious for its alarming sex practices and allegations of abuse and exploitation. With indomitable grit, Faith survived, and at age 23, she broke away from the cult, leaving behind everything she knew to forge her own path in America. In the below excerpts from Faith’s forthcoming memoir Sex Cult Nun: Breaking Away From the Children of God, a Wild, Radical, Religious Cult, you’ll learn disturbing details about her childhood and about how difficult it was for her to have a “normal” relationship after leaving the cult.

Unlike most Christian denominations, sex pervades our lives. It is glorified, Godly. Cartoon images of naked women fill our religious literature. The Holy Spirit of the Trinity is a buxom, hot, horny goddess wearing only a heart-shaped bikini held on with pearl strings. Photos of bare-breasted women adorn our monthly newsletters. Instead of covering up, women can show as much skin as is allowed in the countries we live in, and they often wear nothing more than a sarong around the house. Our sex is our service to God. Refusing sex is being hard and selfish, unyielded to God’s will. And our absolute obedience is expected.

The Mo Letters [newsletters from Moses David, also known as David Berg] the adults read at Devotions often have cartoons of nearly nude people, with titles like Child Brides, The Devil Hates Sex, God’s Whores, and God’s Witches!—Beware! “We want our kids to have a healthy, natural attitude about sex and not think it is something to be ashamed of or feel guilty about,” Grandpa says. “Sex is Godly and natural. If we introduce it to the kids at a young age, they won’t have hang-ups about it like we grew up with.”

One of my first coloring books was about sex. It had realistic drawings of a naked, fully aroused man having sex with a woman with a flower crown on her long hair. It had a full-frontal diagram of an open vagina with arrows pointing to the clitoris and urethra, and an equally detailed diagram of a penis and scrotum. “You need to know where babies come from,” my mother said as she placed it in my little three-year-old hands.

One of the coloring pages showed a baby growing inside a naked hippie woman’s tummy, and another showed her giving birth. I snickered with pity when I heard that some Systemite kids [the term used to describe those who lived outside the cult in mainstream society] thought babies were brought by storks or grew in cabbages. How could they be so stupid? Babies come from sex.

If sex is Godly, then why shouldn’t children engage in sex play with each other or with adults?

In his Mo Letters, Grandpa attacks the unhealthy and restrictive American attitudes toward sex. He fondly describes his own early sexual encounters with his nanny as an example of good parenting, telling about how, when he was just a few years old, his South American nanny used to put him down for his nap by sucking on his penie. He proclaimed how he loved it, but one day his mother caught the nanny and fired her. His mother took a bowl and knife and warned him that if she ever caught him playing with his penis, she’d cut it off. Her threats freaked him out, but it didn’t stop him from having sex once he figured out how to do it with his cousin at seven years of age. 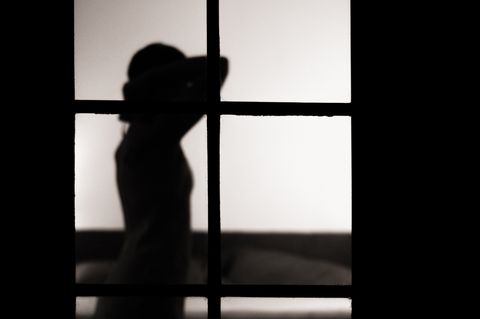 Grandpa teaches that sex is pure and Godly and that it has been corrupted as something dirty and shameful by the Devil, who is deceiving God’s people. He says that if sex is pure and Godly, then why shouldn’t children engage in sex play with each other or with adults? “It’s all perfectly innocent after all if it is done with love,” he says. While fondling is fine, adult men should wait to have full sex until a girl has entered puberty, at least twelve, because an adult penis might physically damage a young girl if they are too small. It’s not loving to act in a way that can cause lasting or severe physical damage. But a boy can engage in sex earlier if he wishes.

My only real distraction is Rob, a military man who is attending law school while working for the Justice Department. I meet him one night on my way to a formal dinner for the Institute for the Study of Diplomacy. Though our initial conversation is brief, he is so impressed that I can speak with him in both Mandarin and Russian that he tracks down my email address on the campus system. After he makes several attempts, I finally agree to a date at the Sequoia, a fancy restaurant on the Potomac River. During the meal, I learn he is a bit of a prodigy, with a résumé of impressive accomplishments at a young age. He’s cute—not exactly my type physically, but intellectually, I’ve found my match.

After a month and a half of dedicated pursuit on his part, and decorous evasion on mine, we begin to sleep together, but every time we have intercourse, I experience intense pain. When I flinch, Rob doesn’t push through, like I’m used to guys doing; he stops and asks what’s wrong. I tell him it’s fine, that I always have pain during intercourse, but Rob refuses to accept this rationalization. This isn’t okay, he tells me. This isn’t normal.

With his patience and care, I begin to understand my body. Slowly, I feel myself responding in new ways. He shows me the wonderful world of cunnilingus, which Grandpa had decried as dirty. I learn my body needs this to lubricate properly, so I don’t experience pain. Eventually, sex becomes truly enjoyable. Rob becomes my companion, friend, and lover, but still I’m holding back. About six months into our relationship, he begins asking more pointed, persistent questions about my background. I’m closer to him than anyone I’ve met since leaving the Family. Perhaps I can trust him with the truth and reveal the secret I’ve kept for the last three years.

After I finally tell him, Rob looks up the Children of God and finds a thick government file, complete with various conspiracy theories I’ve never even heard of. As an employee of the Justice Department, he is freaked out. He has a temper, and he loses it, yelling at me, accusing me of compromising his security clearance. He wonders if he needs to contact the government to report himself and me. I’m crying, trying to calm him down, but he won’t stop yelling. I assure him I’m not in the Family anymore. I left three years ago. I have no designs on infiltrating the government for the Family, or any other conspiracy theory. The more he shouts, the more I shut down. The end of the relationship seems imminent, and I crumple up on my bed, scared and angry.

The next time we speak, I’m prepared for Rob to say goodbye, but he does something entirely unexpected: He pulls me closer to him. Part bully, part confidante, he pushes and pulls, dragging things out of me like the military-trained interrogator he is. I’d been taught to keep anything about the Family’s nonconformist beliefs and sexual practices secret on pain of death. I was taught that if I talked, the Antichrist forces would kill me or the government would throw me in jail. Even though I now know this is not true, speaking still feels like a betrayal. My ingrained childhood training and fear are hard to overcome. But Rob pulls the stories out of me, slowly, one at a time. 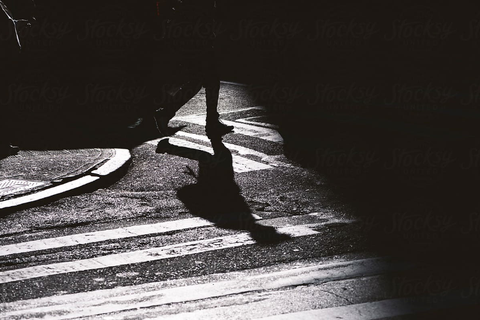 Rob is furious on my behalf. Seeing how upset my stories make him helps me understand just how bad it was. I knew there were things that happened to me that gave me a terrible feeling in my gut, but I thought the problem was with me, that I wasn’t yielded enough to God or sacrificial enough. He tells me that it wasn’t my fault, that I don’t need to carry that shame.

As our relationship evolves and Rob and I get closer, I slowly realize that I’ve made the classic move of dating someone like my father: a teacher, preacher, youth prodigy, hard worker, someone who is dynamic, good with people, grew up with horses, confident, and controlling with a trigger temper. Even the pain is familiar and comfortable. As I grow more confident, Rob can’t seem to release the role of teacher. The very security and intellectual authority that attracted me to him starts to feel like rough ropes on raw skin. Neither fear nor love is incentive enough to stay bound. Eventually, I end our romantic relationship, choosing to remain friends.

From the book Sex Cult Nun: Breaking Away From the Children of God, a Wild, Radical Religious Cult, by Faith Jones. Copyright © 2021 by Faith Jones. To be published on November 30, 2021, by William Morrow, an imprint of HarperCollins Publishers. Reprinted with permission.