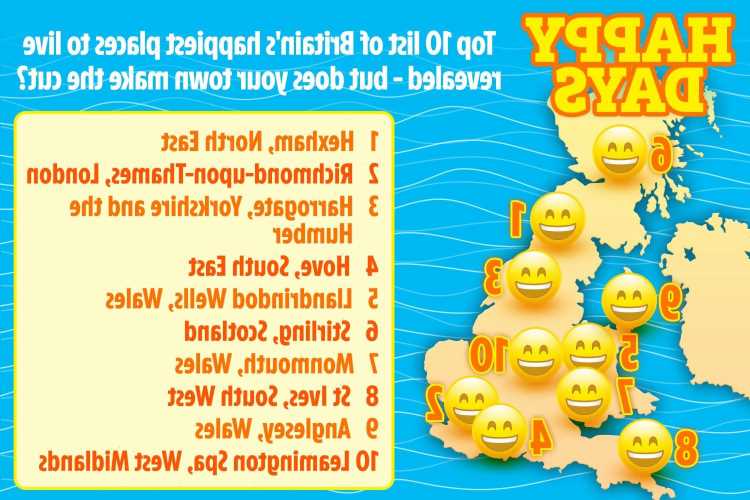 BRITAIN'S happiest place to live has been revealed – but has YOUR town made the top-ten list?

The Happy at Home Index asked more than 21,000 people across Britain how they feel about various aspects of where they live – including friendliness and "community spirit". 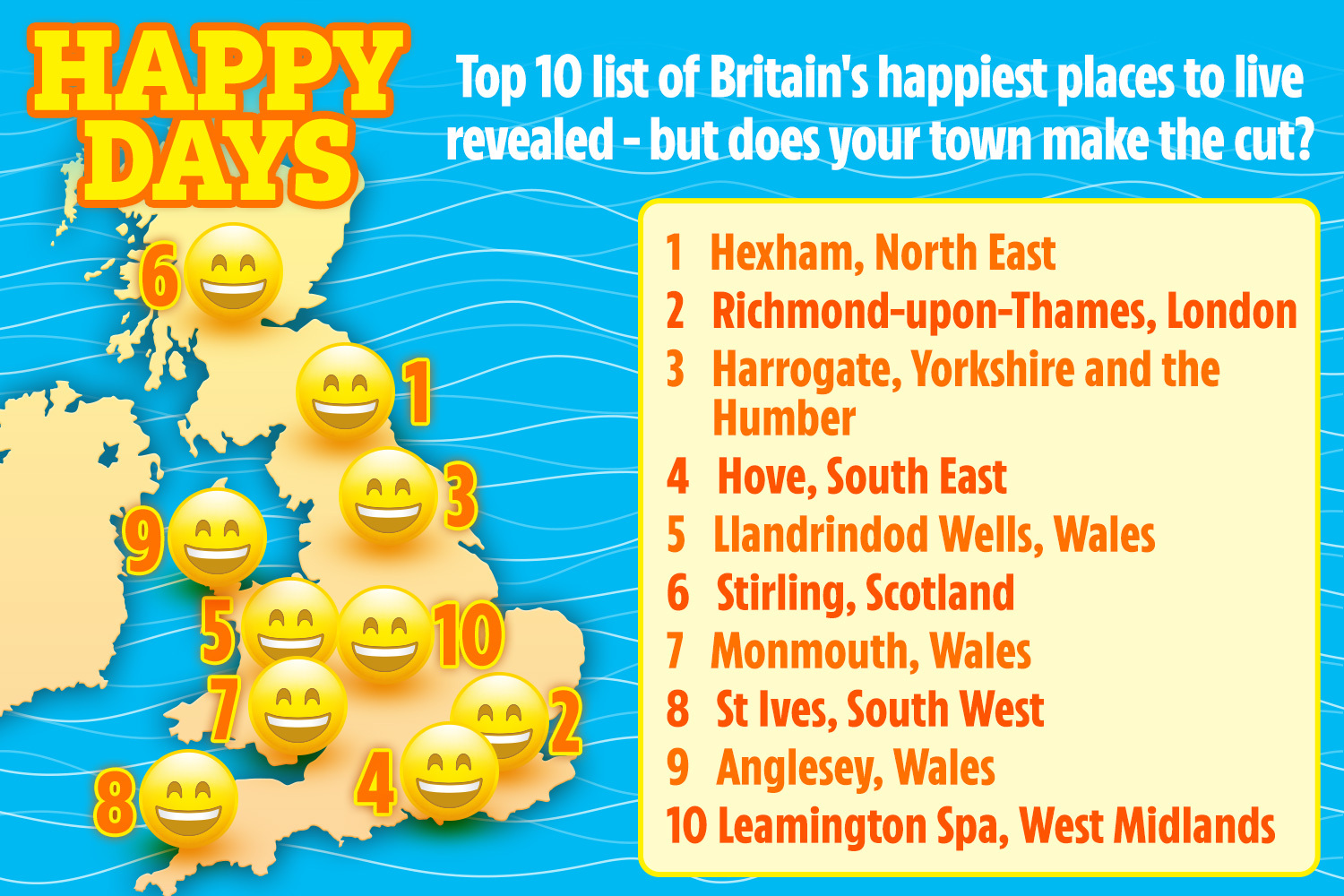 The market town of Hexham in Northumberland was crowned the winner this year after previously topping the index in 2019.

Happiness measures in the index compiled by Rightmove include friendliness and community spirit, whether people feel they can be themselves, nature and green spaces, opportunities locally to develop skills and amenities including schools, restaurants, shops and sports facilities.

The figure is just a quarter of that in the leafy London suburb of Richmond, which was ranked second and has an average house asking price just shy of £1.2million.

Mayor of Hexham Derek Kennedy said: "Hexham is thrilled to be awarded the happiest place to live in Great Britain.

"We are a small town with great history, Hexham Abbey and other historical buildings, and our market place is 800 years old. There is a wonderful community spirit, people are very supportive of one another."

He said there are many sporting events organised locally, including a park run, cricket, tennis, squash, golf and rowing.

"The open countryside is wonderful with Hadrian's Wall on our doorstep," the mayor added.

He said the local council recently introduced free live music events, adding: "We have big ambitions to progress our sustainable development and we work with interested groups to enhance the town.

"We all know how great it is to live in Hexham but to win this accolade is fantastic."

Ailsa Mather – director at Andrew Coulson estate agents in Hexham – said: "The last 12 months in the market have been phenomenal.

List of the happiest places to live in Wales

"People have re-evaluated what they want out of their lives, moving closer to family and moving from the city to the countryside.

"Over 38 per cent of our sales in the last 12 months have been from people south of Birmingham, as more people now have the opportunity to work from home, and don't need to be in the city five days a week."

Rightmove's study also found that people living in coastal villages tended to be the happiest group.

Meanwhile, around a third of this year's top 20 happiest towns are market towns, it added.

The coronavirus pandemic has prompted many people to move home.

The study found that more than two-thirds – 69 per cent – of people who had moved in the last year relocated to a different area.

Nearly two-thirds of these people – 64 per cent – reported feeling happier where they now live.

Eight in 10 – or 81 per cent – of those who had moved from a town to a village said they now feel happier with where they live.

Tim Bannister, Rightmove's director of property data, said: "It's been an incredibly busy year in the housing market, with a lot of people deciding that now is the right time to move."

List of the happiest places to live in Scotland