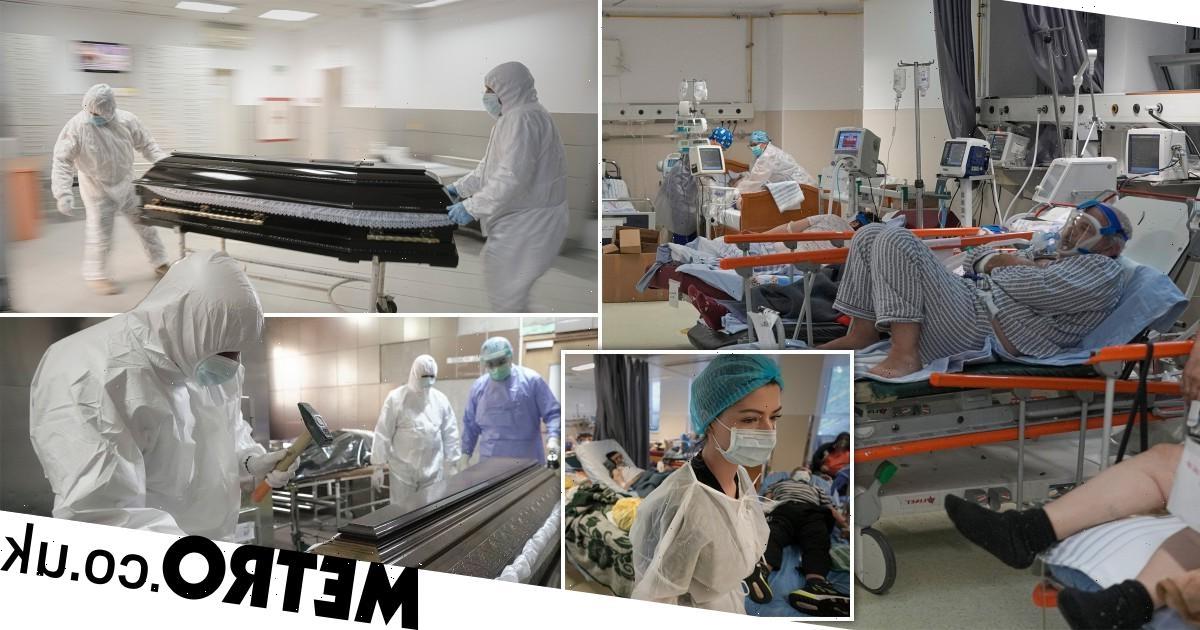 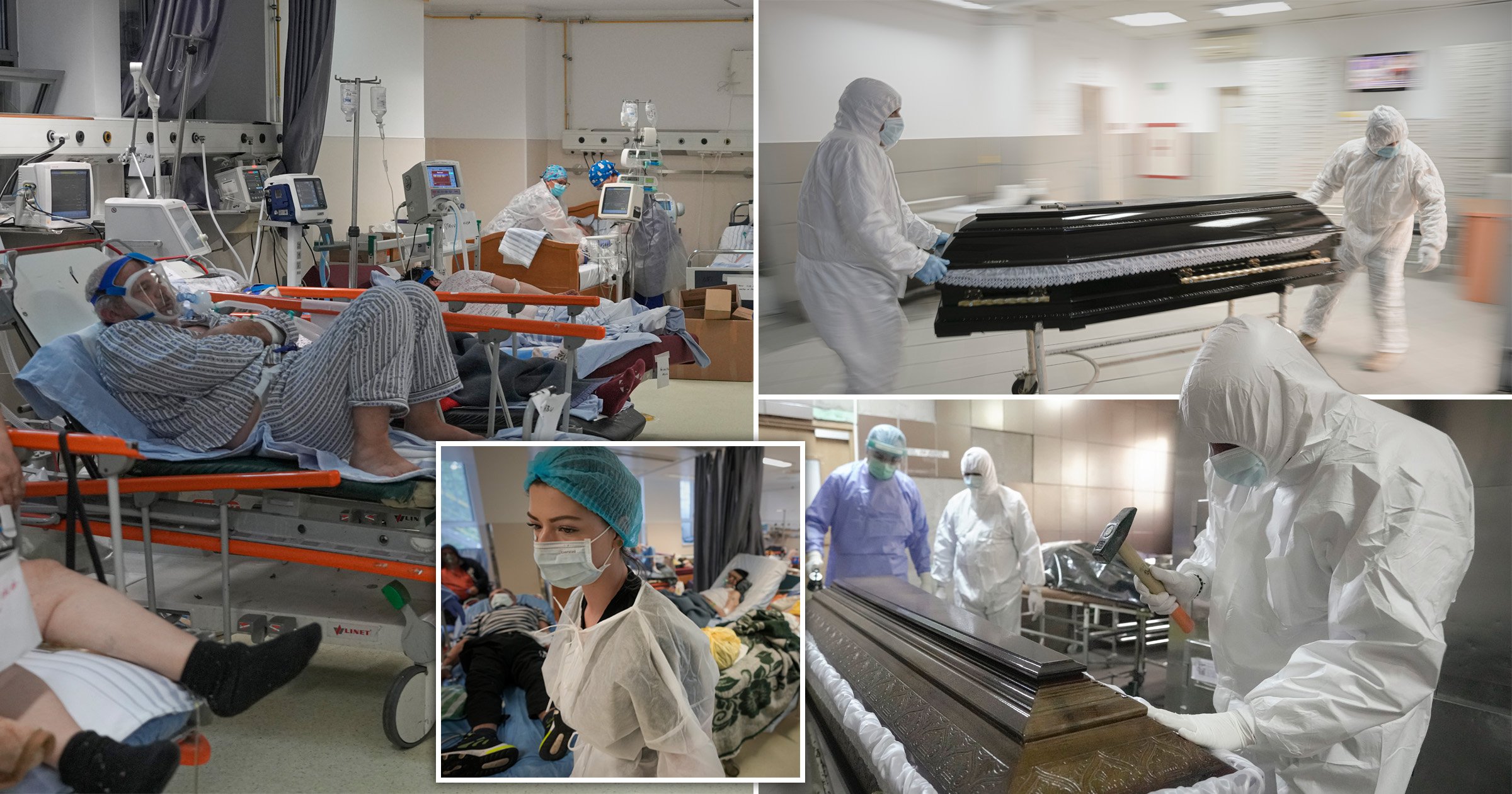 Hospitals in Romania are struggling to keep up with the number of Covid-19 deaths and the bodies are piling high.

The country, which has one of the worst vaccination rates in Europe, is feeling the full force of a fourth wave.

Cases have rocketed in recent weeks and, while the situation has improved since new measures were introduced, the health system is struggling to cope.

At the peak of the explosion in infections at the start of the month, Romania was recording around three times as many deaths a week as the UK despite having less than one third of its population.

Fewer than 36% of people have had two doses of the vaccine, compared with 68% in the UK.

The result is a deadly surge which has left the bodies piling high and doctors exhausted.

According to CNN, the morgue at the capital’s main medical facility is designed to accommodate 15 bodies at any one time but, at the time their reporter visited, 41 had arrived.

Inundated medical staff have resorted to leaving bodies on gurneys in the hall outside.

A nurse at Bucharest University Hospital, Claudiu Ionita, told CNN: ‘I never thought, when I started this job, that I would live through something like this.

‘I never thought such a catastrophe could happen, that we’d end up sending whole families to their graves.’

Several European countries with differing vaccinations rates have resorted to introducing restrictions to ward off a winter surge.

The Europe division of the World Health Organisation (WHO), which covers 53 countries stretching into central Asia, forecasts there will be 700,000 further deaths this winter.

High or extreme stress on intensive care units is expected in 49 out of 53 countries by March 1, the WHO has predicted.

The Netherlands started transporting coronavirus patients across the border to Germany on Tuesday as pressure rises on hospitals and infections jump to record levels.

In the UK, the government is resisting calls to introduce measures to drive infections down before Christmas.

Cases tailed off between mid-October and the first week of September but have once again started to rise, with 42,484 confirmed today, up by nearly 9% in a week.

The advice on lateral flow tests was upgraded today, with people in England advised to take a test before visiting crowded indoor spaces, which could include busy shops or Christmas parties.

People in Northern Ireland have been told to work from home to help reduce the spread.