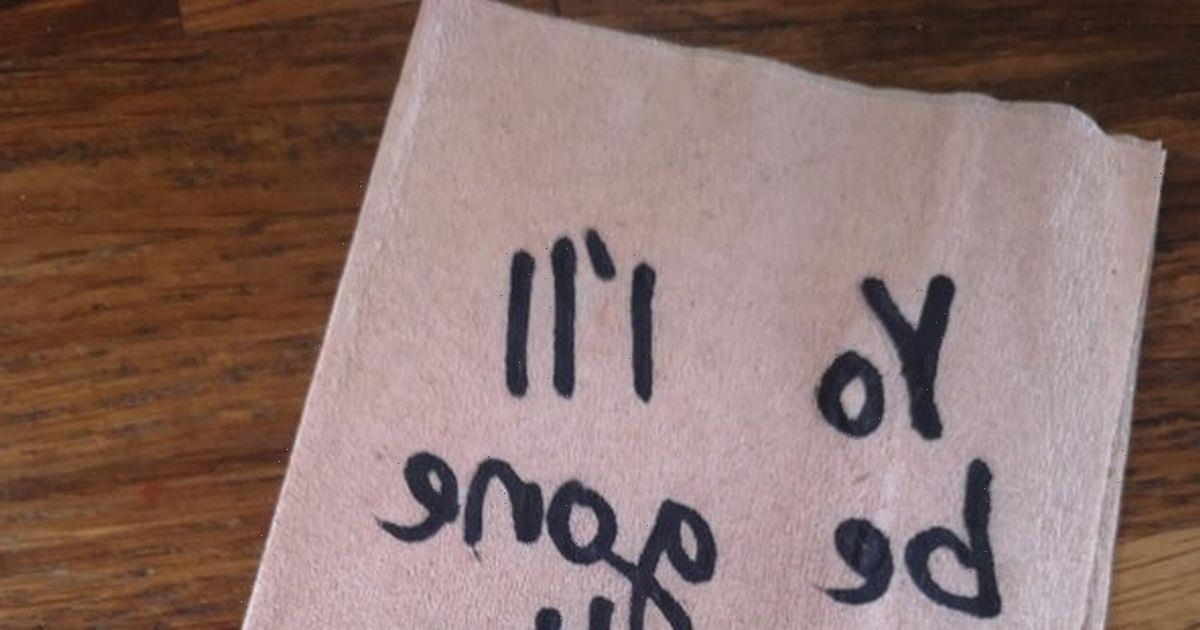 A worker who decided he was over his job decided to quit and write a rather unusual resignation letter to his boss.

The employee apparently didn’t care to send an email or issue a formal letter of resignation and instead wrote his notice on a piece of toilet paper.

And, he didn’t keep the note polite either.

Posting on Reddit, social media user Lewis shared a snap of his bizarre letter of resignation which people found hilarious.

Captioning his photo, the bloke simply said: “Handing in this resignation letter today.”

Alongside the short message was an illustration of a man smacking his bum.

One person joked: “Needs a signature, as most art does,” while another added: “At first I thought you drew him farting. But now I see that he's just smacking his a** to present it for kissing, which is the professional standard for a resignation napkin.”

A third person wrote: “Just make sure you print and sign it. Also, it sort of looks like you're just notifying them you want the day off for pooping.”

While another added that the resignation letter was missing an identifiable name, specific date and a mention of giving notice.

A jokester said: “Hey, you need to still be a professional. Fix that now with a comma after the ‘Yo’.”

And, another wrote: “Have fun getting that reference.”

While others called the man “cheeky” and “off key”.

But, luckily for Lewis, it seems the loo paper note was all in good fun.

He added: “It's actually a really chilled job, my boss loved it.”

What would you do if you were handed this letter of resignation? Tell us in the comments…